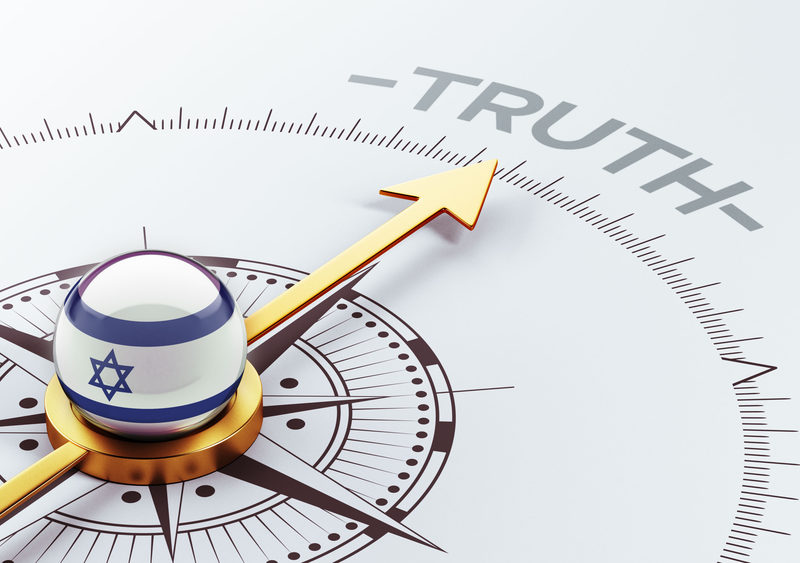 The Truth About Israel

Much has been written, discussed, argued and fought over the land of Israel through the centuries. Opinions about this nation can be found all over the globe with ensuing division, diplomatic battles and even war. But what is God’s opinion? What are His thoughts and viewpoints about Israel?

In the book of Daniel there are warnings of a time when ‘truth would be thrown to the ground’ and ‘deceit would prosper’ (Daniel 8 vs 12 & 25). We seem to be seeing this on an unprecedented scale as modern-day media exponentially multiplies the amount of information (and dis-information) available in the public sphere.

However, the truth about Israel can still be found in God’s unchanging Word…His eternal covenants, blessings, promises, warnings and instructions concerning the ‘apple of His eye’. There is a danger of believing the lie that these were all just for Old Testament times but the truth continues to be revealed in the New Testament.

Indeed, modern-day discussions about the special nature of the nation of Israel are nothing new. Paul answered similar questions 2,000 years ago. At the start of Romans 11 he asked, “Has God totally rejected and disowned His people? Of course not!” and then in verse 25 he went on to say,

“Lest you be self-opinionated (wise in your own conceits), I do not want you to miss this hidden truth and mystery, brethren: a hardening (insensibility) has [temporarily] befallen a part of Israel [to last] until the full number of the ingathering of the Gentiles has come in, and so all Israel will be saved. As it is written, the Deliverer will come from Zion…”

What is the meaning of blood moons?

Recently there has been much discussion about the significance of the ‘blood moons’, which are seen to be one of the heavenly signs that God uses to mark out special days and seasons from the beginning of time according to Genesis 1 v 14. Perhaps it is worth reflecting on what God might be highlighting when we consider the dates of the blood moons in both 1949 and 1950.

According to the NASA website, ‘blood moon tetrads’ (where there are four lunar eclipses in a row) are quite rare. Indeed there were none in the 300 years leading up to the 20th Century. However, there were two blood moons in 1949 and another two in 1950, constituting a tetrad. Remarkably, the blood moons in both years occurred on Passover, the first of the seven ‘Feasts of the Lord’ as described in Leviticus 23, as well as Tabernacles, the last of these festivals. This was only the second occurrence of a ‘Passover-Tabernacles’ blood moon tetrad in over a thousand years.

The astounding thing is that this tetrad commenced on 13th April 1949, the very same day the Jewish people celebrated ‘Passover’ for the first time since being back in their homeland. God had scattered His people to the furthest ends of the earth and brought them back again. And on this most joyous day of remembering Passover back in their homeland after nearly two millennia of the Diaspora, God marked it out in this very special and significant way with a pre-planned sign that was literally out of this world!

But incredibly it didn’t stop there. In only a matter of a few years there was another blood moon tetrad across 1967 and 1968. Similarly, in each year there were two blood moons, falling on the first and last feast, Passover and Tabernacles. Significantly, during this time period, the whole of Jerusalem was returned to Israel after the events of the Six-Day War.

The truth is that the Alpha and Omega, the first and the last, is true to His Word.

God continues to uphold His treasured Israel today. In order to understand current world events we need to realize that just as I might be stirred to action if anyone dares to upset my wife in any way, so the ‘Bridegroom’ is stirred to action concerning His beloved, especially against those who gather together to make plans to uproot His people from the land to which He has returned them.

However, let’s not get frustrated by the devices of man. Rather, let’s have confidence and pray for God’s peace plan to come to fruition, knowing the truth of God’s Word that ‘Jerusalem will be a stumbling block to the nations’ (Zechariah 12) but that ‘God, who neither slumbers nor sleeps, will watch over His people’ (Psalm 121 v 4).

Truth can be inconvenient and, as Jack Nicholson once famously barked, truth can be hard to handle. Let’s be careful to ‘speak the truth in love’ remembering that ‘the greatest of these is love’ (1 Cor. 13 v 13)… but in seeking Christian unity, let’s also be careful not to trample on the truth, or more subtly elevate the pursuit of unity above the truth because according to Scripture (1 Cor. 13 v 6) ‘love…rejoices with the truth’.

And the truth about Israel is that ‘God will bless those who bless Israel…and in Israel all the families of the earth shall be blessed’. (Genesis 12 v 3)

For just $100 per month you can bring the gospel to 10,000 homes. Join us as media missionaries! GIVE NOW
VIEW COMMENTS
« Latest Palestinian Invention: Arson Birds? Police Officers Offer A Powerful Prayer For Boy With Brain Tumor »