The Witch Doctor And The Physician | God TV
Articles 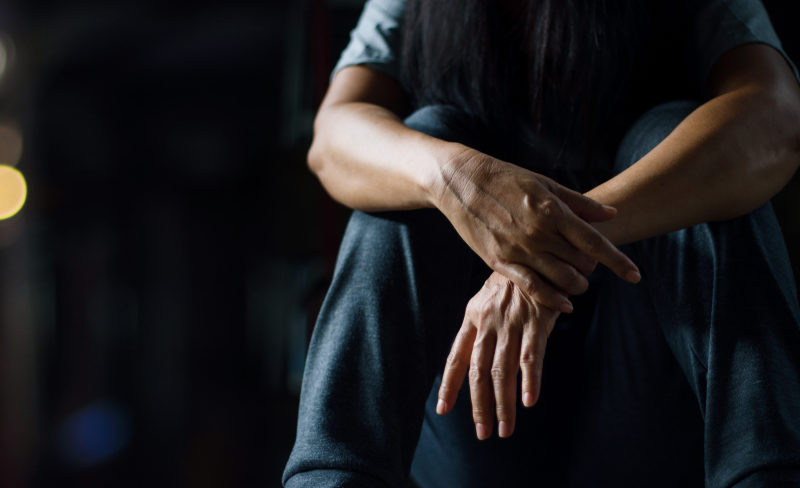 * Allow me to preface this story with some important truths. I am not writing about the occult because it is interesting. I never want to give the demonic any more attention than it deserves. That being said, it’s important for us to realize that this stuff is very real, and we have very real authority over it. When this took place, I was new to sharing the Gospel on the streets, let alone doing deliverances. This is not an instructional on dealing with the demonic. The point is, that even when I didn’t know what to do, having the Holy Spirit in me, and just acting as His child was more powerful than the enemy. *

“Grab my hand and just feel the power I have.”

If I could guess, I’d say this man was in his mid-fifties. He’d only ever referred to himself as the “witch doctor”. Some friends of ours had warned us not to talk to him, as he had quite the reputation around town. Tribal tattoos covered most of his body, and he was adorned with all kinds of heavy jewelry. Hung around his neck was a large talisman which, as he put it, housed his demons.

I first saw him sitting by a group of homeless men playing music in downtown San Marcos. When I asked to sit, he smiled and gestured for me to join him. Almost as soon as I sat down, he began to share his life story as if he knew that I wanted to know. It was odd to me, as I hadn’t yet mentioned who I was or that I was there to share Jesus. To hear his story broke my heart. He had been afflicted with vitiligo (a sin condition that causes patches of skin to lose pigment) from the time he was a little boy, and was treated brutally by those who should have loved him. He’d lost a son, and was bitter and angry at God. Shortly after his son died he began to worship the devil and have demonic visitations, eventually leading him to become the witch doctor of San Marcos.

This man desperately needed to meet the True Physician. I shared with him the truth about who Jesus is. I told him that he had purpose, and had a Father who loved him and wanted good things for him. I explained that it isn’t God, but Satan who kills, steals and destroys. The amount of scripture he knew was remarkable, and the way he twisted it was just as impressive. It reminded me of how the devil used scripture to try and tempt Jesus. He told me about the demons that he claimed protected him, though he did admit they tormented him as well. I asked him if he wanted to be free, but he said he was unwilling to give up the kind of power that they offered. He stretched out his hand in front of me and said; “grab my hand and just feel the power I have.”

What I did, and what came out of my mouth next, was just as surprising to me as it was to him. I responded, “The one living in me is stronger than anything you’ve got.” I placed my hand on his head and began to pray in the Spirit, having no clue what to say in English. His eyes rolled back in his head and his body went limp. Up until this time, I’d only seen this type of behavior in movies. The friend I came with saw what was happening and joined with me in praying. For about five minutes, we prayed and looked at each other in amazement at what was happening. He rocked back and forth, seemingly unconscious. It wasn’t until I touched his talisman that things turned south quickly. He swatted our hands away, jumped up and began screaming, “You have to leave now! You have to leave!” He began threatening our lives if we didn’t go. My response was to just remind him of what had just happened, and who my Father was.

I’d like to say that I got to see our prayers come to fruition that night. That he was delivered and reconnected with the Father, but this isn’t that story. This wasn’t someone who was trying to make a political statement by “worshiping Satan.” This was a man who had encounters regularly with demons and was active in the occult world. Someone who others knew as a powerful person, who often cursed people and places. I so badly wanted him to get set free, and left honestly feeling a mixture between gratitude and frustration. To witness the raw power of God was amazing, but to watch that man walk away in bondage was devastating. In the hours and days that followed, I processed through all that happened with Jesus. These are the things I was left with:

•He really has given us all authority over the enemy. (See Luke 10:19)

•Our battle is not with flesh and blood, people trapped in the occult aren’t our enemy, but desperately need Christians fighting for their freedom. (See Ephesians 6:12)

• There is a lot of good teaching on what to do in a situation like that, but the safest and easiest is to just remember and believe that you are His child. (See 2 Thessalonians 3:3)

•Belonging to Jesus is the greatest victory I could ever have (See Luke 10:20)

I’ve learned not to be discouraged when it doesn’t look like I want it to. As time has gone on, I’ve encountered many more people like this, and I’ve seen several experience the love and freedom of the Father. I still have some walk away. When I evangelize, I’m not polished, I don’t always know what to say, and not everyone accepts Jesus right then, but I know without a doubt that I am a child of God, and that’s enough for me. As you share Jesus with people, you yourself get to know Him even deeper, and that is a beautiful, beautiful thing.

“And so it was with me, brothers and sisters. When I came to you, I did not come with eloquence or human wisdom as I proclaimed to you the testimony about God. For I resolved to know nothing while I was with you except Jesus Christ and Him crucified. I came to you in weakness with great fear and trembling. My message and my preaching were not with wise and persuasive words, but with a demonstration of the Spirit’s power, so that your faith might not rest on human wisdom, but on God’s power.” ‭‭(1 Corinthians‬ ‭2:1-5‬)

For just $100 per month you can bring the gospel to 10,000 homes. Join us as media missionaries! GIVE NOW
VIEW COMMENTS
« World’s First And Only Christian Airline Serves Churches And Missionaries All Around The World Brazil’s New President Is A Bible-Believing Christian And Friend Of Israel »