BREAKING
Bennett Coalition Government Collapses, New Elections On Horizon—And The Return Of Netanyahu?
Rooftop “Glamping” Pops Up In Israel
“Steph Curry Is Copying Me… Again…With A Hebrew Sweatshirt”
STAND WITH UKRAINE
Home Articles Then Are You My Disciples, Part 2: Compassion

Then Are You My Disciples, Part 2: Compassion 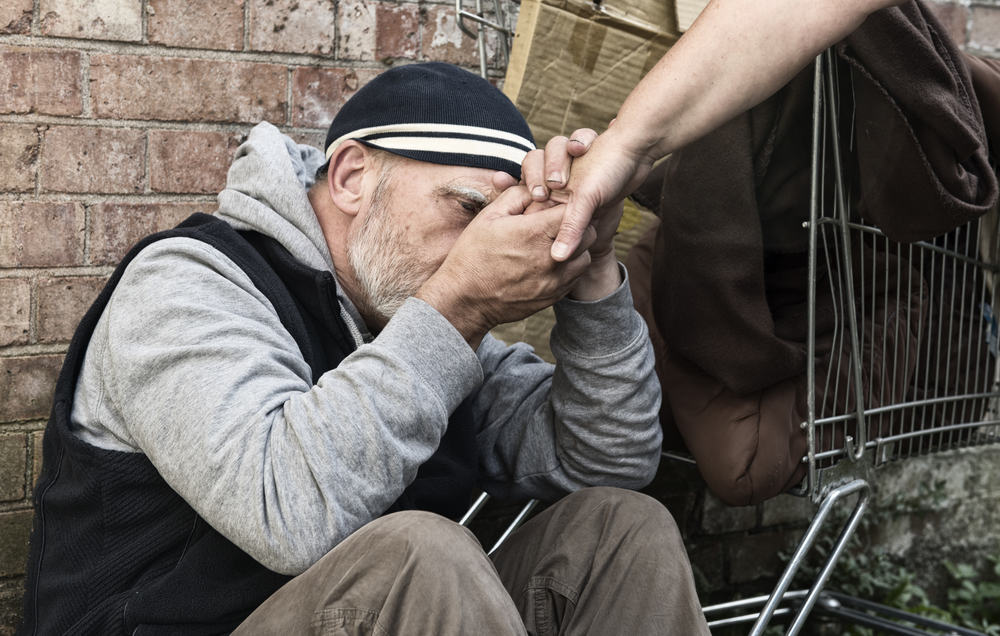 There is by far no greater act that one can have for another than to have and show compassion for someone. . In as much as forgiveness restores relationships, and fellowship among the brethren, compassion shows the depth of His love. The word for compassion in the Greek is “splagchnizomai” meaning “to be moved as to ones bowels“. In other words, compassion is a love that comes from a deep place within you. The reason it is described as the bowels, or better interpreted as the intestines, is that this was the place where many thought the seat of love and pity resided. What I love about Jesus is that He literally felt what they felt. He also met them where they were.

In Mark 1:40-45 is a story where Jesus was moved with great compassion for a man who had leprosy. Leprosy was a disease that had been deemed one of the worst things a person could ever have. A person with leprosy was isolated to live outside of town, usually kept quarantined to a city where other lepers lived, only to survive off of whatever they could find. They were never allowed to be touched, and if a leper touched you, you too would be viewed as unclean. What’s worse, is that as a leper, you were required by law to shout aloud to anyone in your vicinity that you were unclean, thus perpetuating the embarrassment of being a leper.

In this story, this leper came kneeling before Jesus begging Him to heal. What it says after this happens is that Jesus is immediately moved with this deep innate compassion. It was a compassion that did not think twice about reaching out and touching him, and as quickly as He did touch him saying that He was indeed willing to heal him, the man was completely cleansed.

Have you ever been so moved with compassion that you didn’t give a second thought to the personal risk you might be taking, or how others might think of you? Have you ever loved someone enough that you got low to where another person was, so that they could be lifted from their place of shame? This is what Jesus did.

In Matthew 9:35-38 it tells of another moment where Jesus was moved with compassion for a multitude of people who were in need of healing from sickness and various diseases. He had been traveling through cities and villages preaching in the synagogues about the Kingdom. It says that He was moved with compassion because they were weary and scattered like shepherd-less sheep. How awful it must be for someone to live having no one with whom you feel you belong to? How lonely is that? Jesus not only heals them, but voices His burdened heart to reveal how great of a need there is to bring deliverance and wholeness to those in such a great need.

Again in Matthew 14, Jesus shows great compassion to a large crowd that had been following Him a very long way as he had been teaching. He had actually left a city by boat, and it is recorded that the people followed on foot to where he was from their cities. In that moment of compassion, it says He not only healed the sick, it says that when the disciples wanted Him to send the people away to go home and eat since it was now late in the evening, Jesus instead says no, sit the people down and feed them. With a boys lunch that was borrowed, he fed 5000 men, not counting however many women and children were also present. Have you ever seen a need so great that you couldn’t think twice about sending that person somewhere else, but you wanted to meet that need on the spot, even though you didn’t personally have the resources to fulfill it?

This is a time in which we have an opportunity to show great compassion for hurting, forgotten, shamed, and weary people. How might you show compassion in a way that would reveal to someone that type of Jesus love that is personal, destroys shame, and embraces going all out at great expense? People are looking for such help and hope; the beggar on the street who lost their job in this harsh economy, the woman who contracted hepatitis while drawing blood at the clinic down the street, or the child who hasn’t had a meal in weeks because her mom is strung out due to the prescription medications she took to stop the hurt from the car accident from thirteen years ago.

You never know the situations that people are facing until you allow yourself to become touched by their infirmities. In as much as the author of Hebrews says in chapter 4:14-16, that we have a High Priest who can, with compassion, sympathize with our weaknesses and infirmities, we too must show the same compassion, so that others will know that we disciples of Jesus and that he  is able to do for them what he has done in times past.

QUESTION: How has Jesus shown compassion in a time when you needed it? Are there ways that you can think of that you can extend the same compassion to someone? Do you know of someone in need of such compassion?