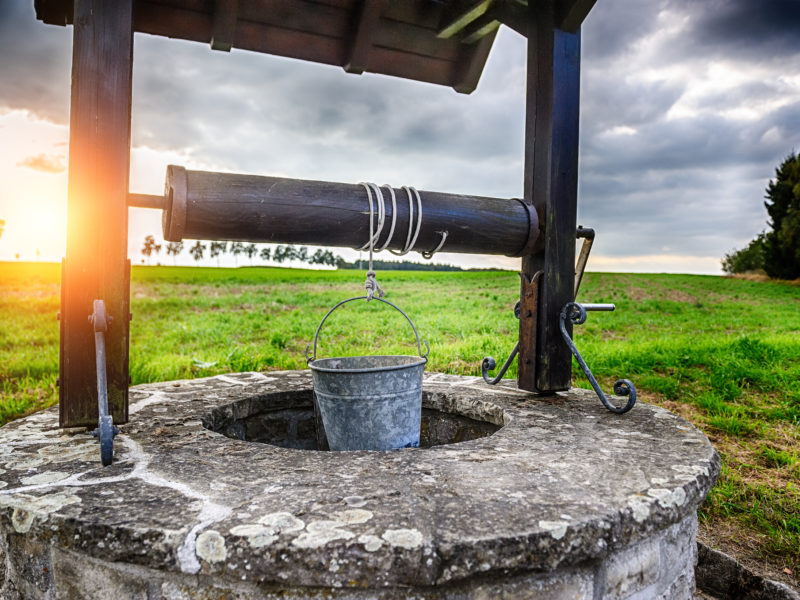 Throughout the Bible, we read about many men and women. About some, we read many verses or even chapters, and others get only a brief mention in a verse or two. Each of these people’s names, words, or actions were entered into the greater narrative of the Scriptures so that you and I reading about them would be able to, in some way, apply their story to our lives. In other words, these people not only were meant to be a part of history each of them were, by design, to purposefully interact with our present. Each individual who was included in the Bible was included so that today we could learn something from them. That information was designed to help conform us more closely to the image of G-D.

To provide an example, we will look at a portion of the life of Jacob. Jacob, to me, is one of the most significant people in the Bible because he was so human. In other words, when we read of Jacob’s life, we read as much about his failures and weaknesses as we do his victories. I once heard a teacher say, “If you cannot find an answer to a problem in Psalms or Proverbs, read about Jacob.” In Jacob’s life, we can learn about almost every part of human existence: life, death, family struggles, financial problems, and business issues. You name it, you can find it in the life of Jacob.

With this in mind, and considering the many divisions and disagreements taking place all around us, I thought it would be helpful for us to take a look at one lesson we could learn from Jacob and apply to our lives today.

We are going to be looking at Genesis 29. To provide a little context for where we are in the story of Jacob, this event takes place after Jacob runs away from his father’s house to get away from his brother Esau who wanted to kill him because he “stole” the birthright blessing, and just after Jacob dreamed of the Ladder from earth to heaven. Let’s read:

1 Then Jacob lifted up his feet and went to the land of the peoples of the east. 2 When he looked, suddenly, there was a well in the field, and there were three herds of sheep resting by it. (For from that well they would water the flocks. The stone on the mouth of the well was large.

Jacob arrives at the well and finds shepherds and three herds gathered around the well, but they were not watering their sheep. This sight confused Jacob because it was not the normal way shepherds would act. They had gathered their sheep at the well but they were not watering them. To an outsider like Jacob, their actions would look as if the shepherds were wasting time, being lazy, not caring for their sheep which were thirsty. In other words, in Jacob’s opinion, these people were doing everything wrong.

Have you ever looked at a group of people and thought to yourself that they are doing everything wrong? Maybe the thing they were doing had to do with faith, maybe it was family, maybe it was politics, or maybe something else.

Jacob was concerned about the situation and he decided to do something about it. They were wrong and Jacob knew it and he was going to let them know it. I know we have all felt this way. So, let’s look at how Jacob handled the situation and maybe we can learn something to help us when we see something being done wrongly.

We find the first thing that Jacob does in Genesis 29:4:

4 Jacob said to them, “My brothers, where are you from?” “We’re from Haran,” they said.

Notice that when Jacob speaks to them he calls them brothers. Jacob begins by identifying with the people by saying “my brothers.” He then asks them a question: “Where are you from?” After all, it is important to know where a person is coming from in order to understand why they might be doing what they are doing.

Genesis 29:7 He said, “Since it’s still the middle of the day, it’s not time for the livestock to be gathered. Water the flock and let them go and graze.”

Notice Jacob’s statement asks the question, “Why are you not watering your flocks so that they can go graze?” without directly challenging their motives or intent. When we see someone doing something we think is wrong, do we ask in a way that prejudges their motives and their intent as wrong?

The third thing that Jacob does is found in Genesis 29:8. This may be one of the most important, and maybe the most difficult, part of this lesson. Jacob let them answer his question.

8 But they said, “We can’t, not until all the flocks are gathered and the stone is rolled away from the mouth of the well—then we water the flock.”

When we question someone about things we believe they are doing wrong, do we stop and listen to their answer? After all, they may actually have a valid reason for their actions. Remember a valid reason may not be Biblically sound or even correct. But, it will help us to understand why they do what they do so we can go to step number four in the lesson, which we read in Genesis 29:10:

Notice what Jacob does and what he doesn’t do. Jacob steps forward and rolls the stone away and waters the flock. Jacob did not spend hours explaining that they could move the stone by themselves if they wanted to. He didn’t give many examples of other people who had moved their stones in the past. He didn’t even tell them how he had moved stones himself. No. Jacob simply stepped up and showed them how one man could move the stone without waiting for everyone else to get there.

2 You are our letter, written on our hearts, known and read by everyone.

(The photo at the top is from Beer Sheva in Israel and is from the time of Abraham.)

For just $100 per month you can bring the gospel to 10,000 homes. Join us as media missionaries! GIVE NOW
VIEW COMMENTS
« Dallas Megachurch Donates $100K To Senior Citizens In Need Mississippi Gov. Won’t Restrict Churches Amid Pandemic: ‘God Is Bigger Than Gov’t’ »