This Is The Hour For The Watchmen | God TV
Articles 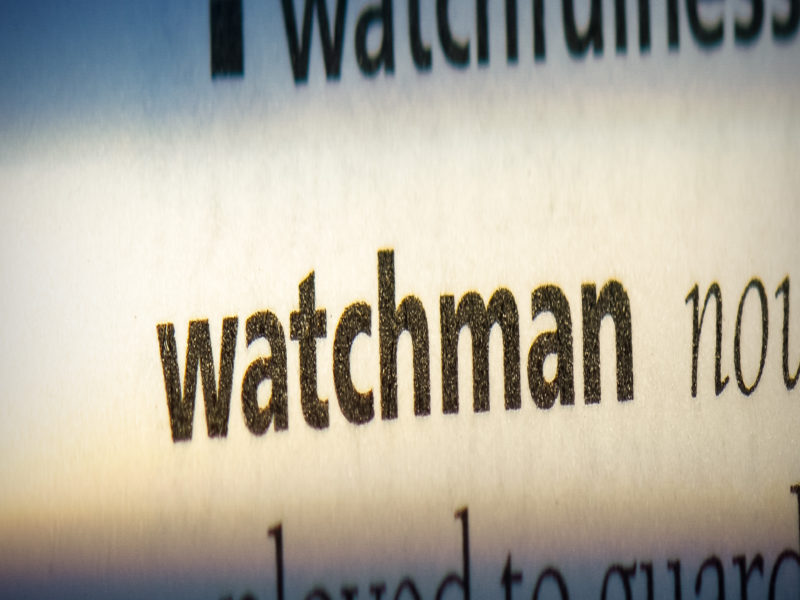 We are entering the final stretch of the year 2019. Much has taken place and many people have been expecting much to occur. It is a time of great expectation. Many looked with expectancy of a harvest. Some expected the new thing, the releasing of a new wine and a new oil. Others expected the birthing of something awesome; some literally, some figuratively, and some spiritually. Whatever the case may be, many saw the fulfillment of what they expected, and others are still expecting. Some are even expecting changes in their personal circumstances and life situations.

As we move closer to the new year 2020, be encouraged that there is still time. It’s time to view this time of the year in a different light. I know that for many, what I’m about to say will seem odd, but stay with me. As this is the fourth quarter of the year, the final three months God said, see this also as the fourth watch.

According to some sources, there were originally only three watches of the night. However, through the influence of Rome the number of identified watches increased to four. With this in mind, the watches of the night are as follows: 1st watch (6PM to 9 PM), 2nd watch (9PM to 12 AM), 3rd watch (12AM to 3AM) and the 4th watch is (3AM to 6AM).

In Lamentations 2:19 we find a reference to the first watch in which Jeremiah says to cry out in the first watch of the night and to pour out your heart like water before the Lord’s presence. In Luke we find a reference to both the second and third watch in the 12th chapter where Jesus speaks a parable of a good servant in whom his master finds him doing what he was expected to be doing, and as a result blessed him. Matthew and Mark both present the only reference to the fourth watch, in which Jesus walks on water, meeting Peter and the others whom he’d sent ahead of him after feeding the five thousand.

People who have an understanding of prayer and intercession recognize the significance of these hours, as they are often the hours in which significant things occur. It is also the time in which many who are known as prophetic intercessors are known to be visited by God. These are the hours where great prayers are lifted with expectation that God is moving and desiring to release powerful things from the heavens into the earth.

I believe that this fourth quarter of the year is going to be viewed as a fourth watch for the remainder of the year. For many people, the fourth watch is setting up a period in which God is making up the difference for which we could not do in our own ability. We’ve tilled the soil, sown the seeds, watered the ground and stayed connected to the light of His word, stayed faithful to steward everything placed in our charge.

Watchmen in the New Year

After doing all that we can do, all that is left is to keep watch for what God will do. The hour of the watchman has come. Be encouraged to watch not only what is happening around you, watch what God is doing and about to do going into the new year. This fourth watch was ushered in with Rosh Hashanah. As this Hebrew new year 5780 ushered in a new era for prophetic intercession, prayer and declaration, know that the significance for the watchmen won’t end with the conclusion of the year but is only the dawning of that era.

The watchmen are significant in that they guard what goes in and out of a place. The watchmen are necessary in this next era because what is yet to be requires great attention and stewardship of the time. Do not make the mistake of thinking that what is coming in the days, weeks, and years ahead is more of what has been. God is doing a new thing and the watchmen must ensure to protect, secure, and permit only those things that are God ordained.

May you have the heart of a watchman in this hour!

For just $100 per month you can bring the gospel to 10,000 homes. Join us as media missionaries! GIVE NOW
VIEW COMMENTS
« Worship Artist Sean Feucht Is Running For Congress To Inspire Millennials To Engage In Politics Becoming One With The Savior »