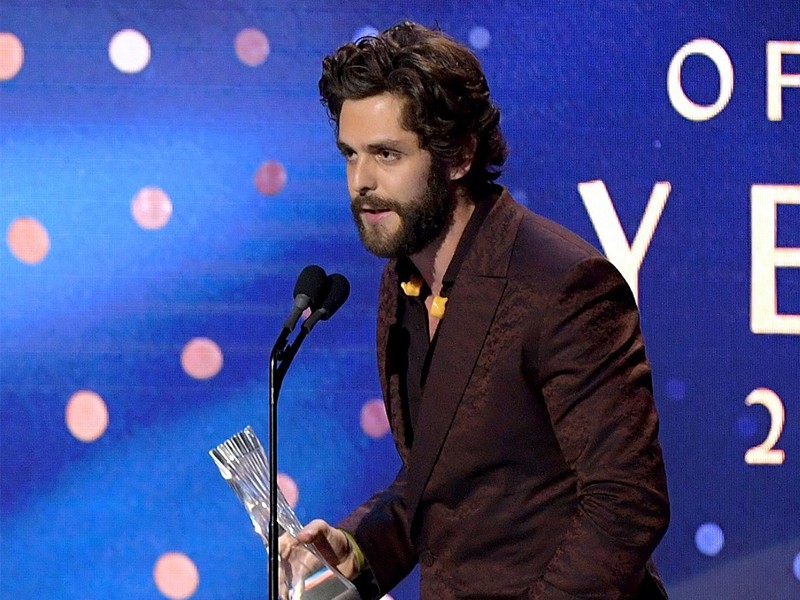 Country singer Thomas Rhett prays for Kane Brown and his late drummer in his speech at the CMT Artist of the Year Awards.

On October 12, Country singer Kane Brown’s longtime drummer Kenny Dixon died in an accident. Investigation shows that neither alcohol nor drugs are thoughts to be a factor in the crash. On October 16, Kane showed up at the CMT Artist of the Year Awards to dedicate his award to his late friend.

Everybody in attendance was in tears as the country singer broke down while honoring his longtime bandmate and friend.

“He [Kenny] was with me the whole time. He was so supportive of me. And I love you, man, I miss you. The band misses you,” Kane said in his speech.

Kane Brown In Tears During Tribute To Drummer

It wasn’t just Kane who brought the audience to tears when it was Thomas Rhett’s turn to give his speech, he led everyone in prayer.

“I just want to lift up Kane and his family,” Rhett said in his speech. “And I want to lift up his drummer, and their family. And I don’t know if this is very conventional, but can I just pray? Really fast. Is that OK with everybody?”

The audience cheered and Thomas continued praying for Kane Brown, Kenny Dixon, and their families.

“Father God, we love You so much. While also something that we can’t comprehend. And so right now I pray that You would be with Kane and his family, and his drummer Kenny and his family, and bring them peace that only You know how to bring somebody,” he continued.

Thomas and his wife Lauren have a strong Christian faith and have always been open about it to the public. During Thomas’ speech, not only did he reveal his faith in Christ but he also showed his support for those mourning his friend’s death.

During times like this, when we experience deep grief and loss, it is only the Lord that can comfort us with his unexplainable peace!