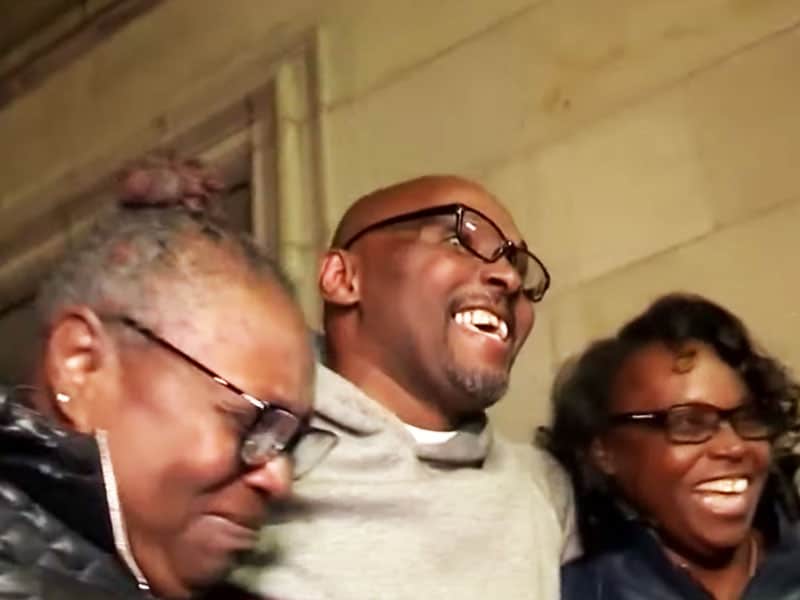 After 36 years of serving prison time, three men who were wrongfully convicted of murder were finally released on Monday. They immediately praised God for vindicating them after thirty-six very long years of seeking justice.

On November 18, 1983, Andrew Stewart, Alfred Chestnut and Ranson Watkins were imprisoned for the murder of Dewitt Duckett. They were 16 years old at the time and the victim was 14 years old. According to the report, the crime occurred at Harlem Park Junior High School. They were accused of the murder because they had skipped class and were seen at the crime scene earlier that day.

The Perseverance To Seek The Justice They Deserve

In May, Alfred tried to appeal their case and wrote to the office of Baltimore City prosecutor Marilyn Mosby. Through his letter, he revealed who was the real culprit along with a new evidence. The unit then investigated and were shocked of what they found out.

How A Convicted Murderer Finds Eternal Life On Death Row

In an interview with The Washington Post, the head of the Conviction Integrity Unit, Lauren Lipscomb shared, “Two individuals called in saying Michael Willis was the shooter. You cannot make this up. It is just outrageous.”

Thus, the trail moved forward without this important information. Unfortunately, Michael Willis was dismissed as a suspect.

Not Enough Evidence To Accuse Alfred

Moreover, the only evidence against Alfred was a jacket. However, the jacket didn’t show signs of blood or gunshot residue. His mother was even able to prove that she bought it by showing a receipt. The store clerk even testified on his behalf, but unfortunately, the pleads weren’t enough.

Donald Kincaid, the lead detective, insisted that they did thorough investigation on the case despite the wrongful accusation.

“What would I get out of that?” he said. “You think for one minute I want to send three young boys to prison for the rest of their life … I didn’t know those boys. I didn’t know them from Adam. Why would I want to do something like that?”

A review of the case and new evidence led Baltimore Circuit Court Judge Charles J. Peters to free the three men after 36 years.  “On behalf of the criminal justice system, and I’m sure this means very little to you, I’m going to apologize.”

After receiving the news Alfred shared, “I feel like all these years I’ve been saying the same thing. Finally, somebody heard my cry. I give thanks to God and Marilyn Mosby. She’s been doing a lot of work for guys in my situation.”

Andrew’s reaction was, “I broke down crying. I cried like a baby.”

Crediting God For The Victory

In an interview with WBAL-TV Baltimore Andrew said, “I really don’t have the words to say, but I just thank God. It’s surreal.”

Andrew’s mother also praised God, “This is the first time I’ve been able to hug my son in about 20-some years. This is wonderful. God bless, God is good all the time, not sometimes, but all the time.”

After Alfred’s many years of perseverance to have their case reviewed, they finally received the justice they deserve.

“This is overwhelming. I always dreamed of this. My mom, this is what she’s been holding on to forever. To see her son come home,” says Alfred to the media.

Andrew chose to keep praising God. He is now experiencing justice and the vindication of God.

For just $100 per month you can bring the gospel to 10,000 homes. Join us as media missionaries! GIVE NOW
VIEW COMMENTS
« The Esther Dilemma: “Who Do I Choose?” Bethel Church Hosts 17th Annual Thanksgiving Celebration »