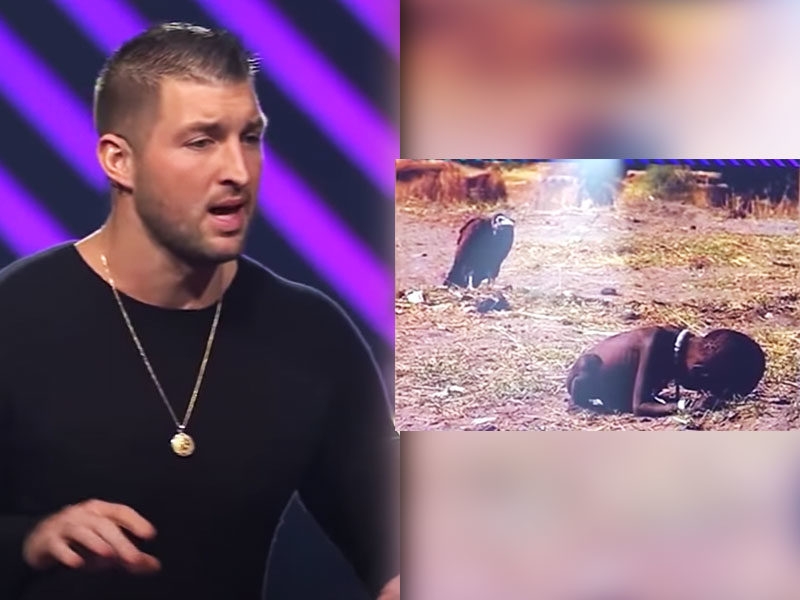 At a recent speaking engagement, a newly signed NFL athlete, Tim Tebow, revealed the dark truth behind success, sharing a disturbing photo of a professional photographer who committed suicide.

Success in the world has been commonly associated with authority, riches, fame, material things, achievements, and status. But is this what success really means?

The newly signed NFL player and well-known Christian figure, Tim Tebow, unveiled the dark truth about the success people are chasing. He kicked off his powerful message with an award-winning photo of a professional photographer who sadly took his own life four months after receiving a prestigious award.

Apparently, the malnourished little girl in the photo was on her way from her village to a feeding center.

“She’s moving so slow that a vulture was waiting to attack,” Tim narrated. The young man then took a picture of what he had witnessed but did nothing to help the young girl. The photographer won an award for this photo, but four months later, he committed suicide. 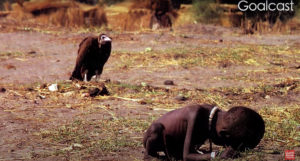 Tebow later shared that success is not the end goal in life. He stressed, “There’s nothing wrong with being successful. But success is just about you. But significance is about other people.”

Further, he added, “success is great. You can do a lot of things with it. But it’s not gonna be fulfilling. But when you have a life of significance and you can never forget that sense of urgency. It’s not about your timeline, it’s about their timeline.”

Tebow pointed out how the photographer was the most successful, but failed to find significance in life. When he had the opportunity to help a young girl in front of him, he chose to do nothing and simply took the photo that made him famous.

“I think the greatest tragedy in life is we’re gonna look back one day and say ‘I was successful on things that don’t matter’,” he said.

So now the question is, are you striving for success, or what really matters?

For just $100 per month you can bring the gospel to 10,000 homes. Join us as media missionaries! GIVE NOW
VIEW COMMENTS
« ‘You’re Not Alone’: A Powerful Message On Suicide And Mental Health ‘Emet’, The Hebrew Word For Faithfulness »