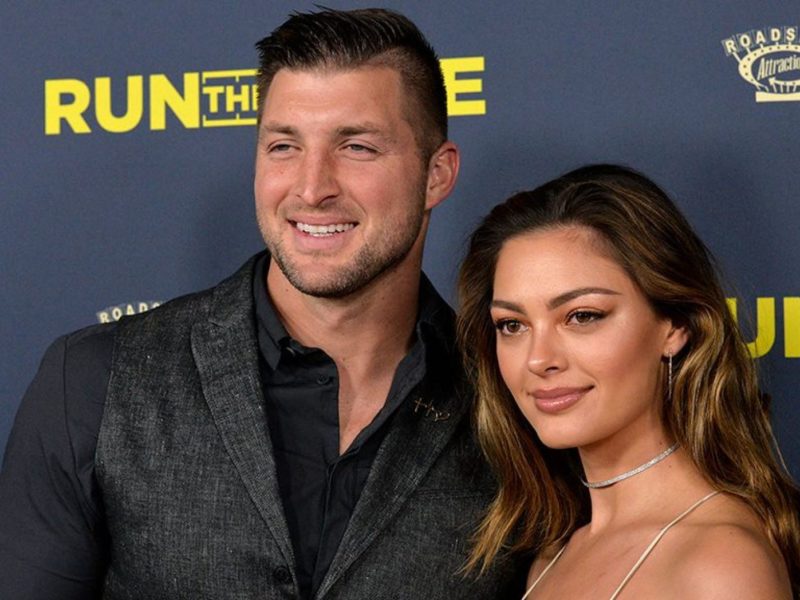 Tim Tebow is a man of many talents. He made his debut in the limelight as a college football player for the University of Florida.  In 2007, he became the first college sophomore to win the Heisman Trophy.  It became obvious to spectators that he doesn’t do things halfway and he doesn’t give up.  He went on to be drafted to the Denver Broncos where he became the first player with at least 20 touchdowns passing and the same number of touchdowns rushing in the same season. This is where Tim also started his signature move known as, “Tebowing.” He would kneel on the football field in prayer, giving God all the glory for his talent and career.

Tebow went on to play for several more NFL teams before he retired from the sport.  So, why not try something new? Tebow is currently a New York Mets player taking on the world of baseball.  He is an author and philanthropist, launching the Tim Tebow Foundation in 2010.  The foundation is most notable for their contribution to pediatric orthopedic care in the Philippines.

Tim Tebow has recently made headlines again, but this time there isn’t a football or baseball to be mentioned. Tebow is engaged to girlfriend, former Miss Universe Demi-Leigh Nel-Peters. This achievement seems to be his proudest and biggest blessing yet. And that is saying a lot.

In an interview at the Los Angeles premiere of Run the Race, his new movie that he executive produced, Tim was all smiles, simply glowing about his recent engagement to his gorgeous bride-to-be.

“We’re so aligned in what matters most to us and we get along so well,” he explained. “She’s so incredibly special … I almost can’t even put it into words.”

Tebow revealed that he will not be taking the reigns in wedding planning, that will be all be entirely up to Demi-Leigh.  Although we cannot wait to see the couple walk down the aisle, they are in no rush.  Tim’s baseball season is ramping up to get started, but hopefully the wait won’t be too long.

Demi-Leigh seems equally over-the-moon with their news as she posted for the world to see, “Any dreams I’ve ever had, you’ve exceeded them all! I love you and I can’t wait to spend forever with you!” she captioned the Instagram pictures.

It’s no doubt that Tim Tebow is an iconic athlete. He has been blessed with many abilities.  He isn’t one to bury his talents and God has shown his faithfulness and favor to Tim time and time again.  We know the blessings will continue to flow as God joins Tim and Demi-Leigh as husband and wife.

Best wishes to the happy couple!

For just $100 per month you can bring the gospel to 10,000 homes. Join us as media missionaries! GIVE NOW
VIEW COMMENTS
« 5 Celebrities Who Saved Their Purity Until Marriage The Love Letter From God That Made Millions Cry »