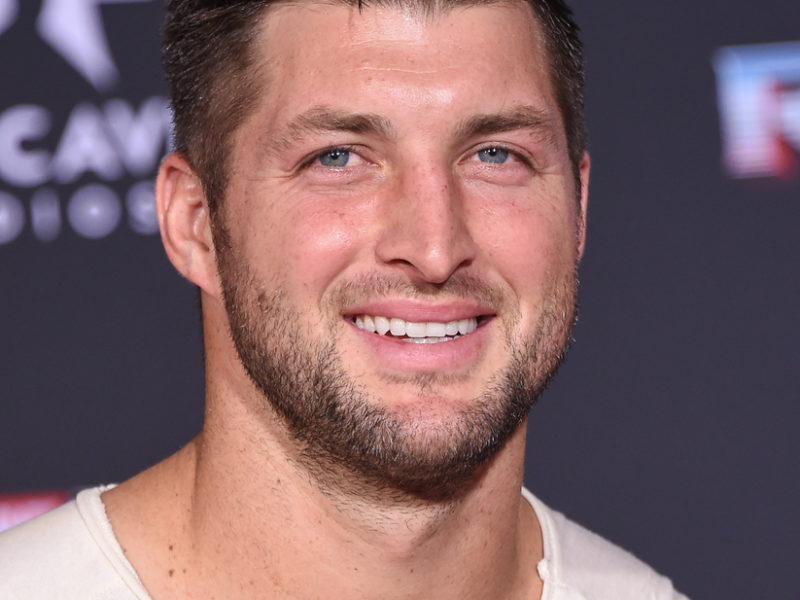 Tim Tebow produced his first movie! Not only has he been busy with the Tim Tebow Foundation, playing baseball, publishing books and making headlines with his engagement to Miss Universe 2017, Demi-Leigh Nel-Peters but he produced ‘Run the Race’ with his brother, Robby Tebow.

Starring Mykelti Williams of Forrest Gump and Frances Fisher from Titanic, the movie is an inspirational film. CBS Sports said, “In ‘Run the Race,’ two desperate brothers sacrifice today for a better tomorrow. Reeling from his mother’s death and his father’s abandonment, Zach, an All-State athlete, finds glory on the football field. Working to earn a college scholarship and the brothers’ ticket out of town. When a devastating injury puts Zach—and his dreams—on the sidelines, David laces up his track cleats to salvage their future and points Zach toward hope.”

December 23, 2018 Tim was tweeting a video saying, “Knowing how much the God of this universe loves you changes everything.” On the video he was saying, “We don’t understand how to love until we understand how much we’re loved. How much we’re loved by the God of this universe; that out of everything He could have done and could be doing, He chose us.” Watch this inspirational clip:

‘Run the Race’ Is a Movie Everyone Can Identify With

Tim said, “This is a story about overcoming the hard issues of life. About the power of sacrifice, the power of family. And the power of forgiveness. I love being a part of a project like this because it will impact lives, inspire hope, and even prompt action.” He continued saying, “When I read the script, I knew this was an important project to get behind.”

Not only can Tim identify with the movie, but everyone can:

We all know what it’s like to be told, “you’re just not good enough,” but we serve a God Who says, “you are enough!” #RunTheRaceMovie @RunTheRaceMovie pic.twitter.com/VKsVLo9sEk

Tim’s website says, “True success is not measured in physical possessions, but in the amount of lives that you change.” And ‘Run the Race’ is sure to share God’s love, inspiring people everywhere to overcome the odds.

‘Run the Race’ is releasing in theaters on February 22.

For just $10 per month you can bring the gospel to 1,000 homes. Join us as media missionaries! GIVE NOW
VIEW COMMENTS
« Justin Bieber’s Mom Calls His Wife, Hailey ‘A Gift’ “How Dare Karen Pence Be Christian!” »