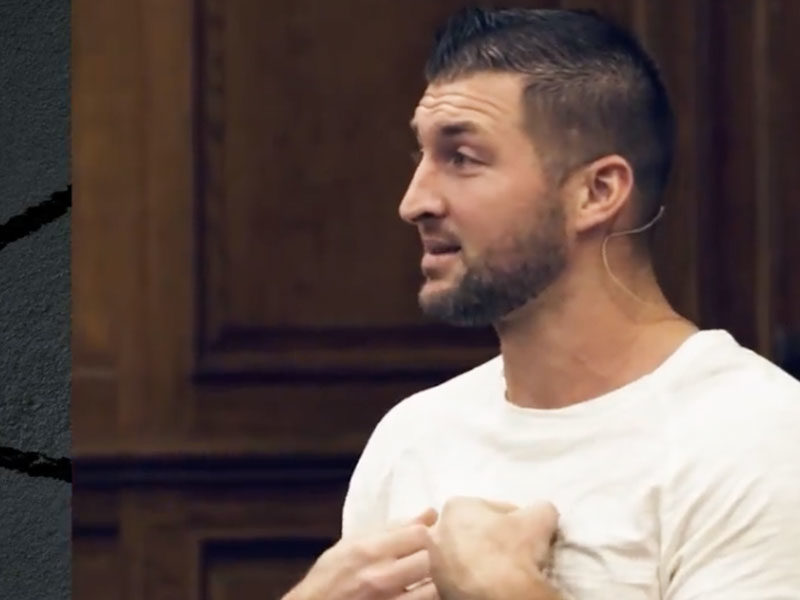 Well-known Christian athlete Tim Tebow urges Christians to stand up for Biblical values in America amidst troubling and challenging times happening around us.

In a video shared last year by the former professional football player, he encouraged Christians to strengthen their faith. He noted how many people in the Bible struggled as well but persevered because of God’s help.

“This could be your time. That breakthrough could be tomorrow, or it could be next year,” Tim captioned in the video. “But, you have the opportunity to turn however you’re being tested into a testimony. So many heroes were wounded deeply before they were used greatly!”

In the video, Tim further explained the lesson one could get from the characters’ lives in the Bible.

This could be your time. That breakthrough could be tomorrow, or it could be next year. But, you have the opportunity to turn however you’re being tested into a testimony. So many heroes were wounded deeply before they were used greatly! pic.twitter.com/ldTu5acIDO

“Bible believers, when we look at the Bible, and we see a lot of the heroes. A lot of times they truly were wounded deeply before they were ever used greatly,” he pointed out.

A Time To Grow

Tim urged Christians to trust God despite uncertainties that lie ahead. He said, “You never know what he is preparing you for. So many times in the Bible, when we look at the heroes, there were times in their life where if they stopped, if they quit, if they said, ‘No, God, I’ve had enough,’ then they would have missed out on the most impactful, most influential times of their life.”

“Because maybe that breakthrough is coming tomorrow. Maybe it’s next year. Maybe you have a little bit more time going through a hard time in your life. But I can tell you this: We get to trust an unknown future to a known God, because we know how much he loves us. We know what he did for us in sending his son. He gave his best for us.”

Stand Up For Biblical Principles

And finally, Tim urged Americans to stand up for Biblical principles and values regardless of the difficulties America is going through.

“When we remember that, then we can have trust in the character of our God. Because we know how much He loves us. That’s how we get through the tough times,” he added.

He then concluded at the end, “Right where you’re at, whatever you’re doing, whatever you’re going through, He loves you. You were enough for His Son to die on the cross. That’s how much you’re loved. Hold onto that in your time of need.”