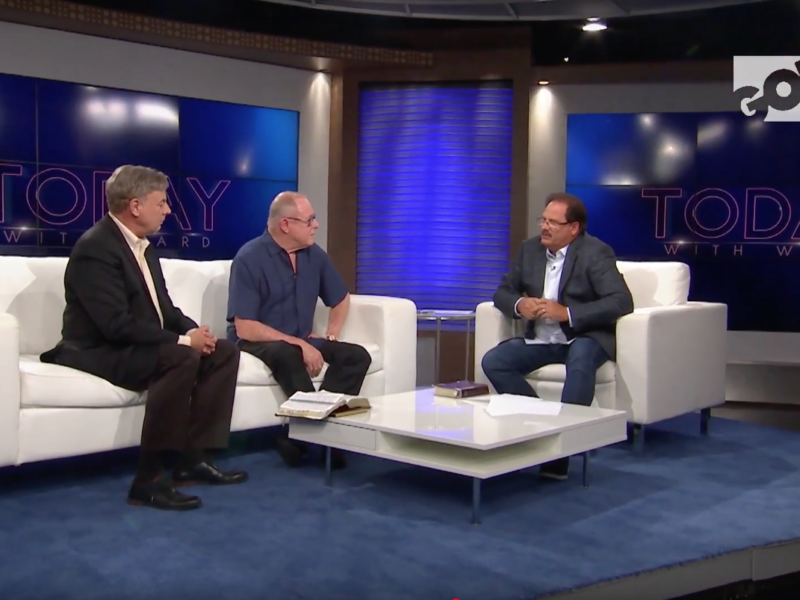 What has God told you to do that the enemy is trying to stop? Don’t let him scare you off! This is the message that comes through loud and clear as you watch this episode of Today With Ward.

In the video below, which is surprisingly well timed with the Midterm Election in the USA, you will hear once again from international Christian leader and strategist, Dr Lance Wallnau as GOD TV CEO Ward Simpson continues to talk to him about the responsibility Christians have to engage in government, not necessarily politics. Also joining the conversation is Ward’s father, Sir Kyffin Simpson, a prominent businessman and philanthropist.

Dr Lance Wallnau is the author of God’s Chaos Candidate, the best-selling book published before the 2016 election that predicted that Donald Trump would be president. Dr Wallnau shares his thoughts about delivering such a bold prophecy when the likelihood of this happening was highly improbable. However he believes we are part of an emerging prophetic culture in which God will fill our mouths with His words when the time comes and we should be fearless.

Lance shares something President Trump told him that may astound many Christians. Watch the video to see what that is. Without giving too much away, we as the People of God have to walk in our God-given authority.

Sir Kyffin is an example of a humble man of God who has walked closely with the Father, embracing His divine plans and purposes and he has seen extraordinary blessing in his life. He encourages viewers to look for the fingerprint of God in their lives.

Don’t miss this faith-building message. “What has God given to you that the enemy has told you to shut up about? What is he trying to scare you about? God has a plan and purpose for your life,” says Lance. “Too many of us want peace with the devil when we should rather strive for peace with God.”

For part one of Ward’s interview with Lance see: The Agenda Of Heaven Is Nations

For just $100 per month you can bring the gospel to 10,000 homes. Join us as media missionaries! GIVE NOW
VIEW COMMENTS
« Do You Possess The 5 Hallmarks Of A Victorious Christian? God Today: Hypergrace »