We Partnered with Todd White in Israel and Miracles Broke Out! | GOD TV
Faith 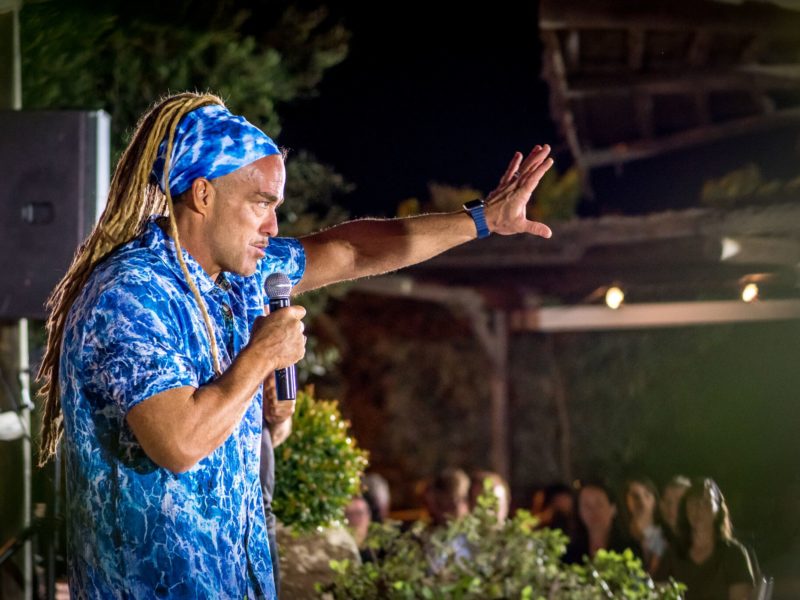 Miracles Break Out with Todd White in Israel

Todd White is a man who wants to see revival move through Israel; so partnering with him for an event there was a natural move. There are several keys to revival in Israel, but two of the most crucial are as follows:

1. That the whole body of believers will be involved.
2. That we are moving in the supernatural in evangelism.

For that reason, when some of our Israeli young people who had already been going out on the streets to share the gospel heard that Todd White would be coming to Israel, they asked…no, that is not the right word…they begged with a pinch of demand, that I try and arrange a meeting where Todd could minister to the body of believers here in Israel.

GOD TV agreed to host the event and paid for all the expenses. You, as you will read, have made a huge impact in the body of believers in Israel! It was through your faithful giving and partnership that we were able to host this event. And, we recorded it to air for you on GOD TV very soon.

We know that God deeply loves believers from every nation, but we here in Israel shouldn’t be. There is always something special about the fetus born after 5 months. He is on ventilators and the parents are told by the doctors that he probably won’t live. Yet they hold on to the word of God to see him grow into a healthy young man.

In 1948—three years after the Holocaust, Israel became a nation. As unlikely as our birth was, even more unlikely was the growth of the Messianic body. When Israel became a nation there were only 25 documented Messianic Jews in the country. Today there are over 15,000—which is still small compared to a population of 6.4 million Jews, but we are a prophesied people. Ezekiel said that not only would the Jews come back her, but that we would live again! (Ez. 36:24-28, 37)

Catching a Tiger by the Tail

I learned quickly that getting Todd White from A to B was harder than I imagined. He wants to talk to everyone about Jesus! As we left the hotel he had to use the restroom. I waited for him. He came out and I thought, okay, here we go. Wait…where’s Todd? I turned around and he was praying for two hotel workers to get healed. And they did! 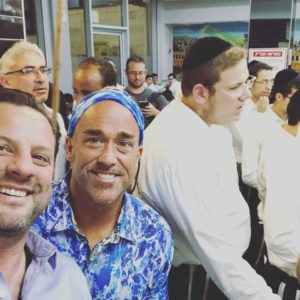 Before we got into the van, he had also prayed a for worker behind the desk and she was healed of neck pain and exclaimed, “I love Jesus!”

We had to switch the evening from Monday to Sunday and didn’t find out until Saturday, the Sabbath, when everything is closed. Some came to me and said we should just cancel, “no one will come.” But in my spirit, I knew were could not. In fact, I had a very important meeting myself on Sunday night that was canceled, only and hour before—so suddenly Sunday was free.

We mobilized a team of Israelis to get the word and out and when we arrived it was standing room only. Even the 15 people that came with Todd had nowhere to sit until they found more chairs. Over 300 people attended. Todd shared his heart and seven Israelis came to faith.

At the end, was strongly impressed that there was one more female that was going to come forward for salvation. She didn’t come. But just as we were getting in the van, a young lady introduced us to her sister who she said, she was too shy to come forward, but was ready to give her life to Yeshua!

On the Streets of Jerusalem

I spent the next two days with Todd White and his team touring Jerusalem and we saw healing after healing. It woke up something in me and I simply started praying for all the Muslim workers in the Hotel here…and they all got healed. I will save those testimonies for another blog. But one just walked up to me smiling, asking, “What did you do?” as he moved his once painful knee back and forth. 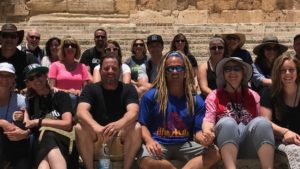 In the meantime we are working with Todd to bring him back for a time of equipping for several days. Honestly, I don’t need another conference, I need to see our people here in Israel equipped to do sign and wonders on the streets of Israel as they preach the gospel. That is the key to revival and it is already happening!

For just $100 per month you can bring the gospel to 10,000 homes. Join us as media missionaries! GIVE NOW
VIEW COMMENTS
« Mike Fisher, NHL Hockey Star and Husband of Country Superstar Carrie Underwood, Dishes About His Faith When Change Knocks on Your Door, Answer with Peace »