BREAKING
Catch a Ride on a Shared Scooter—“Micro-mobility” Coming to Tel Aviv Next...
Israel Military to Conduct First-ever Simulated Strike on Iran
‘Injury to the Heart of Iran’: Details on the Life and Death...
STAND WITH UKRAINE
Home Video Todd White Prays For A Satanist On A Busy Street

Todd White Prays For A Satanist On A Busy Street 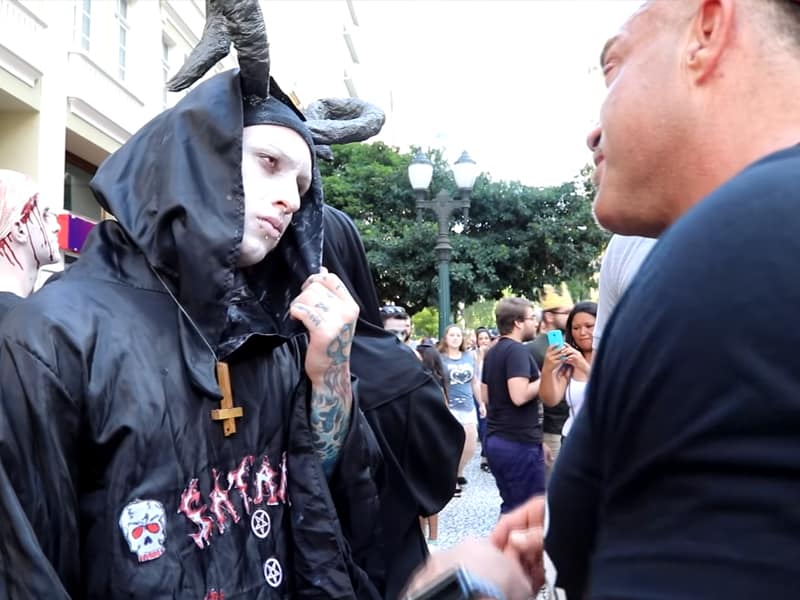 Street Evangelist Todd White prays for a Satanist on a busy street filled with other Satanists.

Todd White prays for a Satanist

On September 2019, during a Satanist gathering on the streets of Brazil, a touching moment was caught on camera, Todd prayed for a Satanist. The man Todd approached was an artist wearing a costume filled with demonic symbolism. The street evangelist talked with that Satanist filled with the power and love of God towards that man. He even prophesied about the man’s desire to be an animator.

The leader of Lifestyle Christianity shared with him his testimony of how Jesus miraculously saved his life from an ambush. He then continued by sharing how he met Jesus.

“I had three nights in the row where I met Jesus. I didn’t meet church, I didn’t meet religion, I met Him. He told me he was the voice. He rocked my life man, he changed my everything,” Todd said to that man. 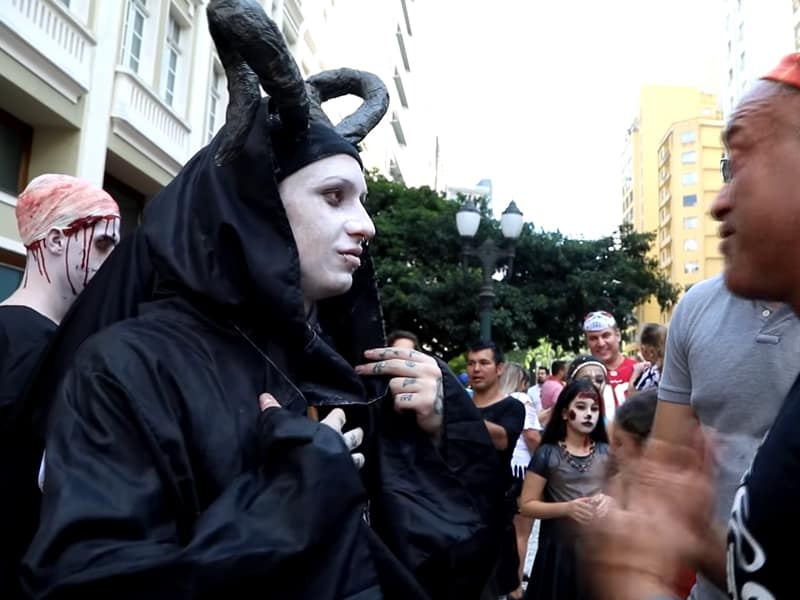 You could clearly see hope in the eyes of that man with God’s words through Todd. Moments later, Todd asked the man if he could pray for him and he joyfully agreed. With a smile on their faces, they hugged each other.

Todd is a former professional ice hockey player from Canada who was also a drug addict and an atheist. For 22 years, he has been living in darkness until he had an encounter with God in 2004. That encounter changed his entire life and broke him out of drug addiction and atheism. He is now a street evangelist that has a heart that’s burning with God’s love for people.

“All your guilt and shame and condemnation is wiped out and you really aren’t trying to fake a smile and you can’t help but to smile cause your heart sees Jesus,” Todd said. 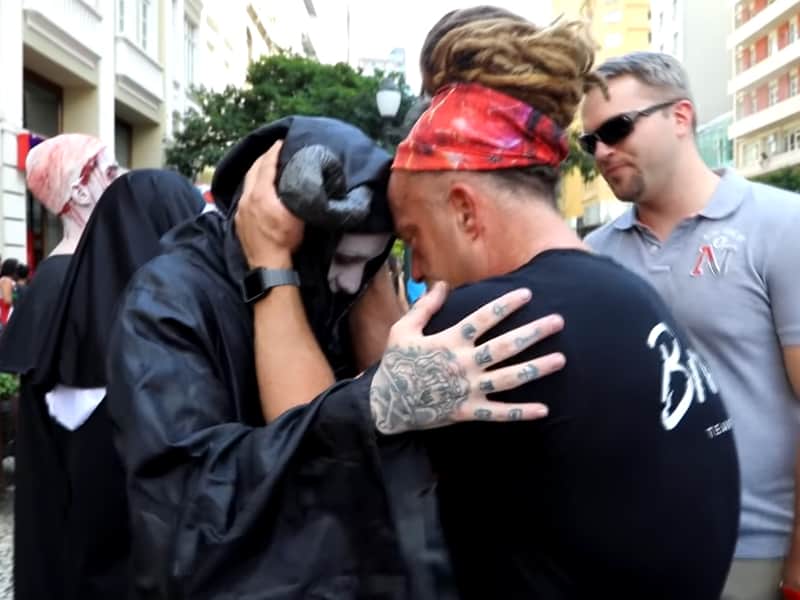 God clearly poured out his love to that Satanist at that very moment and it is evident that he felt God’s moving. God is redeeming that man.

“God’s breathing back into His creation again,” he added. 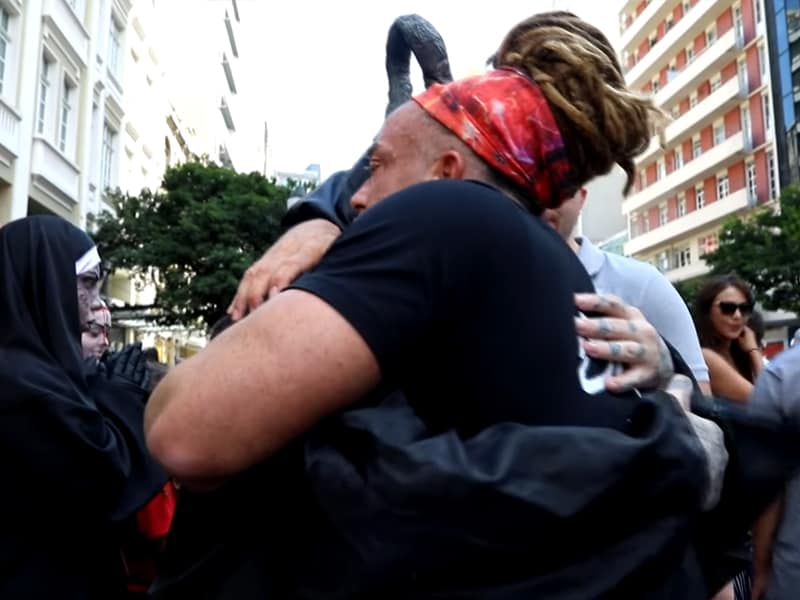