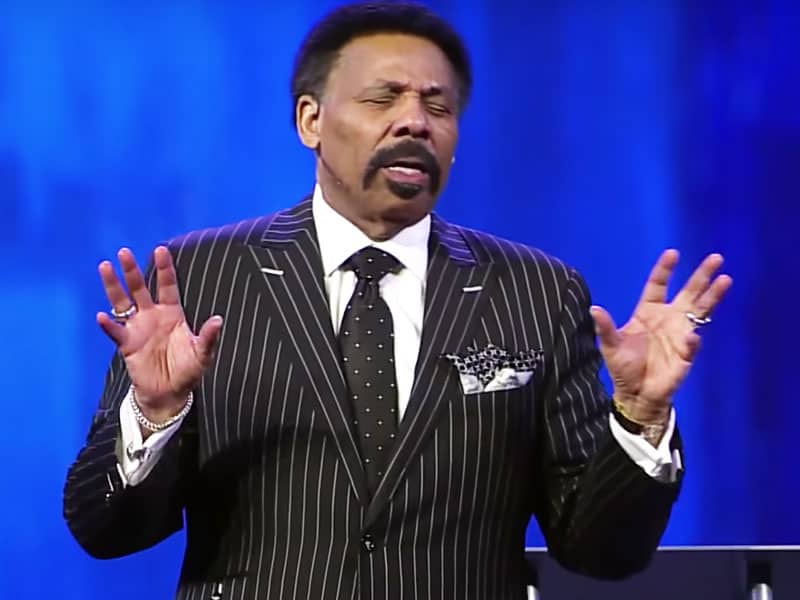 Pastor Tony Evans recently revealed in his wife’s memorial service that Lois saw a glimpse of eternity just days before she took her last breath.

Pastor Tony’s wife Lois Evans had been battling biliary cancer the past year. And according to the report in CBN News, during her memorial service, Tony revealed how his wife was acting strange in her final moments on earth.

In late December, the family had gathered around to bid their goodbyes to Lois. But in the midst of it, she began to speak of things “outside earth’s realm.”

“One of the things that I’ve observed in life and in scripture is that when people walk with God and He doesn’t take them suddenly, He will give them a glimpse of heaven while they’re still transitioning from earth. He will let them know, not only that it’s time, but it’s okay,” explains Pastor Evans.

Then he continued, “Simultaneous to the time of her departure were things taking place that were letting us know she was dealing with something outside of the earth’s realm.”

“For example, she said to some who were gathered in the room, ‘Do you see my mother? Do you see her? She’s right over there by the fireplace.’ Do you see her? Why can’t you see her? On another occasion, she said, ‘My father. There’s my father.’ And there was no one in the room physically. She was seeing something as the time of her departure got closer.”

Lois saw and heard things that can only be seen in the supernatural realm. Pastor Tony also recalled how she was able predict her time of departure.

But indeed, two days after she she said those words she went home to the Lord.

“She heard something, she saw something as the time of her departure got nearer. Like Stephen in Acts chapter 7 who, when he was being stoned to death, he says he saw heaven opened and Jesus standing on the right hand of the Father giving him a standing ovation.”