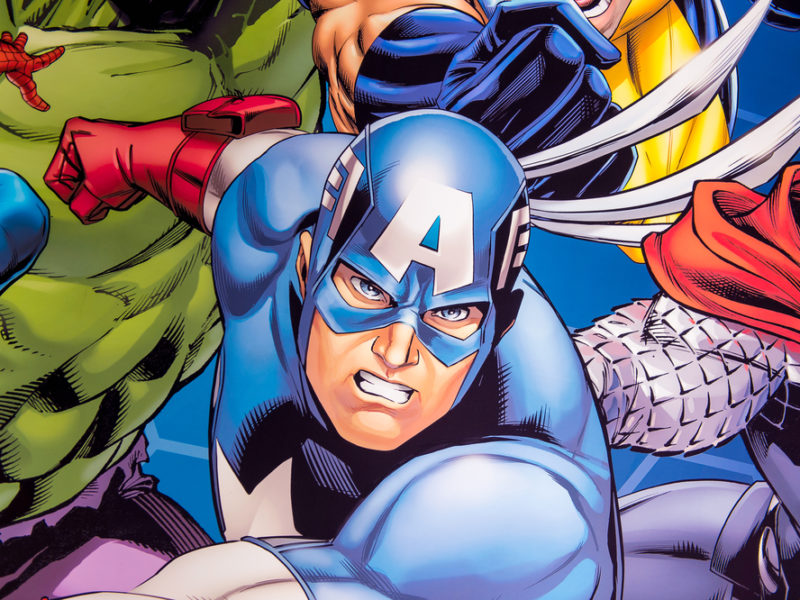 Since its inception, others have tried to copy the “universe” formula (with varying degrees of success), but what Marvel Head Kevin Feige has achieved is really quite unprecedented, leading to a string of critically well-received and massively financially successful blockbusters. It’s not been without controversy (I’d still be interested to see Edgar Wright’s version of Antman), but I think children today will look back on the Marvel Universe between 2008 and the present in the same way my generation reveres the heyday of Steven Spielberg and George Lucas.

To celebrate the upcoming release of Avengers: Infinity War, I have decided to rank the Marvel movies (ignoring the TV series, of which Jessica Jones is my favourite, for the record) from least to greatest (so far). Just to be clear: this list only comprises films made exclusively under the Marvel banner, so X-Men films are not included, nor any Spider-man films made prior to the most recent instalment, once Marvel regained full rights to the character.

And my thoughts in detail on the top five:

5. Thor – This and the first Captain America film are virtually neck-and-neck in competing for the number five slot. The poignant, A Matter of Life and Death inspired finale of the latter almost, almost tips the scales in its favour, but Thor ends up winning on the strength of its well-motivated villain (Loki). A glorious mix of Shakespearean gravitas in the Asgard scenes, and fish-out-of-water comedy in the Earth scenes, Thor is a fun, romantic, exciting concoction, very nicely directed by Kenneth Branagh (check out those Dutch angles). Some great messages about humility too, and, at one point, a well-deployed Christian allegory of sacrifice and resurrection.

4. Guardians of the Galaxy – What I love about this film is the way it doesn’t aspire to be Star Wars. It aspires, in a determinedly lowbrow way, to be Roger Corman’s Battle Beyond the Stars. As a result, this surreal, irreverent and frankly downright bonkers premise of mismatched alien (plus token human) rogues is a lot of fun. The villain is rather one-note, but it hardly matters with this much witty banter, mostly between the hilarious Groot and Rocket Racoon. I love the latter’s hilarious, scathingly insensitive, yet truthful speech after another character tries to excuse his poorly judged actions by blaming past bereavement (“Oh, boo-hoo! We’ve all got dead people!”). Plus the backstory about Starlord’s mother is surprisingly moving. There aren’t enough films about the importance of mothers.

3. Avengers Assemble (or just “Avengers” as it’s known outside the UK/Ireland) – They fight each other, then they fight the baddie. Essentially that sums up the plot of the first Avengers movie, as Captain America, Thor, Hulk and Iron Man join forces with Nick Fury, Black Widow, Hawkeye and the rest of SHIELD to fight Loki and a bunch of fairly nondescript alien invaders. The film is exhilarating and fun, if borderline relentless, but the witty banter between characters ensures the line into interminable action scene fatigue is never crossed.

2. Captain America: The Winter Soldier – For me, the Captain America films are the jewel in the crown of the Marvel Cinematic Universe, and this entry comes very close to topping the list. I love the 1970s conspiracy thriller feel of the film (and the casting of Robert Redford is a knowing nod in that direction), but what makes this even more effective for me is the spiritual undertone. Take out the word “Hydra” and insert “Antichrist” and you have a Biblical End Times scenario for Captain America to overcome (as he astutely observes, “This isn’t freedom. This is fear”). There are stunning action scenes (the attack on Nick Fury, the lift fight and the Winter Soldier fight just before his identity is revealed, rate as some of the most thrilling in the Marvel back catalogue). However the moral heart of this film, for me, comes when a SHIELD employee bravely refuses, at gunpoint, to launch the helicarriers that will wipe out millions (especially courageous, given that he doesn’t have the benefit of Captain America’s powers, and will almost certainly die for his defiance). I have had long conversations with my children about the heroism of this character’s uncompromising and inspirational stand, as I know this sequence had a great impact on them.

1. Captain America: Civil War – After repeated viewings, I have come to the conclusion that this is the best Marvel movie. The premise is brilliant, because both Iron Man and Captain America’s points of view on the issue of whether the Avengers should have government oversight have a certain validity (although for the record, I fall on Captain America’s side of the debate). A lesser film would have wimped out on their schism, and had them join forces at the end to fight some kind of uber-villain, but instead this has the courage to see the idea through to the bitter end in the emotionally resonant finale. The Russo Brothers direct superbly, not only in the justly celebrated action scenes (the fight in the airport is a stand-out) but also in the smaller moments. I actually find the sequence at Peggy’s funeral very moving, especially in the way it then cements Captain America’s uncompromising position. On top of that, their choice to make Black Panther an integral part of the narrative is very wise, considering he is (or was) a less well-known character. By contrast, relegating Spider-man to comic relief is equally wise, considering he is far more well-known.

For just $100 per month you can bring the gospel to 10,000 homes. Join us as media missionaries! GIVE NOW
VIEW COMMENTS
« Must Watch on GOD TV – 3 Series To Help You Grow as a Christian WATCH: God Makes All Things New Through Baptism »