Train Them Up: God Has A Plan And A Future For Our Youth | God TV
Articles 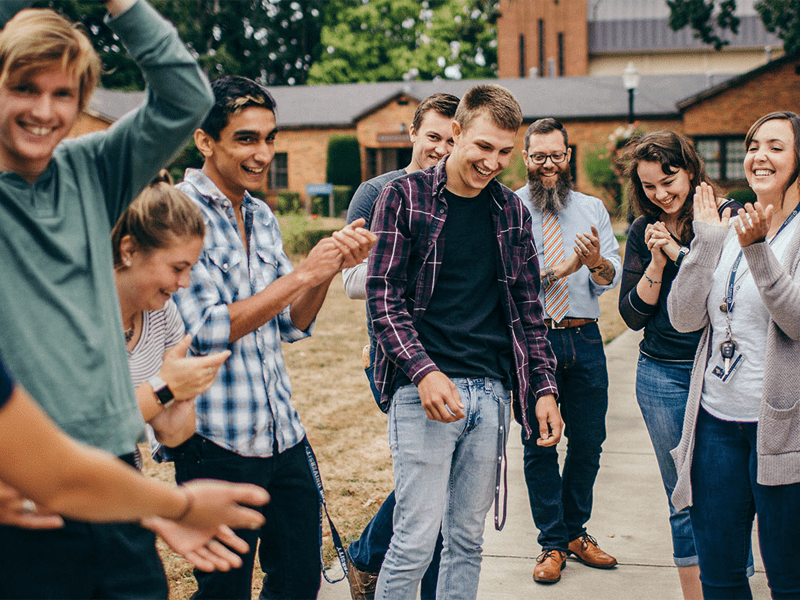 Our youth is one of the most colorful stages of our lives. Our youthful days depict the energy and vibe of our active young soul. In this stage, we are eager to learn so many new things. We are quick to make decisions, daring to showcase our talents, as we fill our hearts and minds with visions of the future.

However, our youth may also be the most frustrating period of our lives. We are still dependent on our caregivers, but also feel strongly independent…often causing us to lose our way with things that God never wanted for us. It is important for us to seek guidance from our parents, guardians, and elders. And it is their responsibility to nurture and shape us to be better.

For as the Bible says in Proverbs 22:6, “Train up a child the way he should go. And when he is old he will not depart from it.”

Customarily young people are too immature and naïve to handle responsibilities of their own. Today’s youth, however, seem to be a bit different. The generation Z or the “Edgers” are also known to be the “post-technology generation”. This generation has used advanced technology since early childhood. Meaning, they are susceptible to taking in a huge amount of information each day. Which, apparently, makes them today’s realists focusing on the future ahead of them.

Just recently, on March 15, a massive group of youth demonstrated at a global protest against climate change. News of the protest circulated in media outlets and the Internet. Tens of thousands young people flooded the streets of big cities from Bangkok to Berlin, Lagos to London, carrying signs reading: “There is no planet B”, “You’re destroying our future.” And “If you don’t act like adults, we will”.

This powerful protest resulted in an agreement by the nations meeting at the UN environment assembly, in the Kenyan capital Nairobi, saying there will be a “significant reduction of single-use plastic” over the next decade. –Rappler

The protests were  credited to a 16-year old Swedish environment activist, Greta Thunberg. She started protesting in front of the Swedish Parliament, giving  flyers to every politician begging them to do something about climate change. Her dedication to her cause inspired and motivated some of her friends to join her protest. it didn’t take long to become a global movement.

Now, Greta has been nominated for the Nobel Peace prize for her galvanizing movement towards climate change. “Greta Thunberg has launched a mass movement which I see as a major contribution to peace,” said Norwegian lawmaker Freddy André Øvstegård. –Huffpost

This is Ground Zero. Support The Future.

She just got nominated for a Nobel Peace Prize! Greta Thunberg is a young girl in danger and she needs our help. Let's show her that we care, and spread history's most important message.Speaker: Greta Thunberg

Nurture the Youth in Church

Can you imagine our youth in the Church being able to influence the world in the same way Greta has done? Young people have so much potential to change the world. With proper guidance and motivation we can mold them to be the future of the Christian faith. Let us not limit them by allowing them to merely sit around and observe how things work in the Church. Let’s use them for what God has planned.

“Now the word of the Lord came to me, saying, ‘Before I formed you in the womb I knew you, and before you were born I consecrated you; I appointed you a prophet to the nations.’ Then I said, ‘Ah, Lord God! Behold, I do not know how to speak, for I am only a youth.’ But the Lord said to me, ‘Do not say, ‘I am only a youth’; for to all to whom I send you, you shall go, and whatever I command you, you shall speak. Do not be afraid of them, for I am with you to deliver you,’ declares the Lord.” (Jeremiah 1:4-8)

For just $100 per month you can bring the gospel to 10,000 homes. Join us as media missionaries! GIVE NOW
VIEW COMMENTS
« Christian Parents’ Reaction To A Child Who Felt Unloved Teaches Us A Lot 40 Days to Overcome – Day 24 »