BREAKING
100-Year-Old Woman Celebrates Life At Worthing, Says God Has Helped Her Through
‘Jesus In The Super Bowl’: Campaign Spends Millions On Ads Despite Skeptics
Disney Star Joshua Bassett Has Turned To Jesus; “Jesus Is The Only...
Home Articles Trinity Releases An Anthem Of Love, Bringing A Voice Of Unity Across The Airwaves

Trinity Releases An Anthem Of Love, Bringing A Voice Of Unity Across The Airwaves 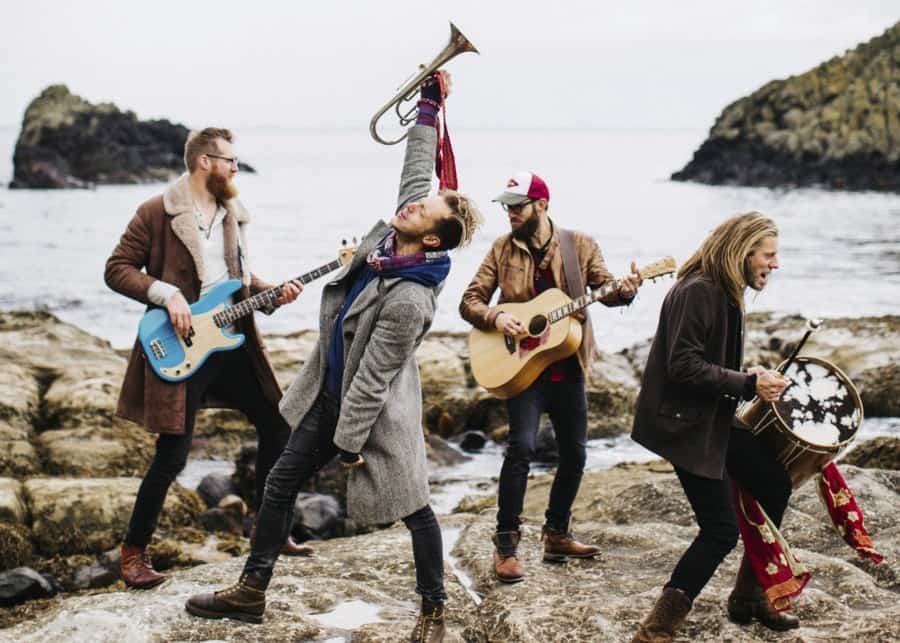 Tune in for this “music around the world” experience, with the Award-winning, Netherlands-based, eclectic band Trinity, announcing the release of their third North American single, ‘Anthem Of Love’.

Trinity is a faith-based band that mixes musical styles from all over the world creating a magnetic sound that relates to all who hear it. From Peruvian folk to African rhythms, they blend various genres into an eclectic music experience that is unifying and uplifting to the soul.

They are called Trinity as a reminder that we are made in God’s image and as God is a loving community, we are designed in the same way. The band is passionate about sharing God’s love through music. 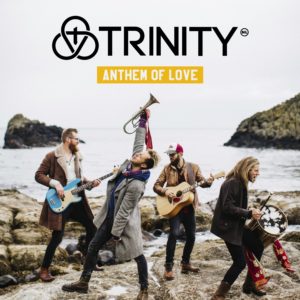 The band was formed by three Dutch brothers Elbert, Johan and Niek Smelt along with Dutch-raised Bert Bos. The brothers were raised as missionary kids in Lima, Peru and as musicians they infuse South American and Irish folk with African beats and pop grooves to create a unique, “world beat” musical experience.

“I strongly believe that this world needs more people who’re willing to be bridges; persons who have learned to let go and embrace something new at the same time,” says Elbert (lead vocals, flutes, saxophone) in an interview with Parade.com.

“We’ve danced to ‘Anthem Of Love’ with people from all over the globe at many festivals. One of the most memorable times is definitely at World Youth Day in Panama,” Elbert shares. “Playing for so many believers from all over the world made us realize how we can only experience God’s love in unity.”

“Because every person reflects a different aspect of God’s love. Just like sunlight is composed of many rays of colors: together all these colors become light,” Elbert continues. 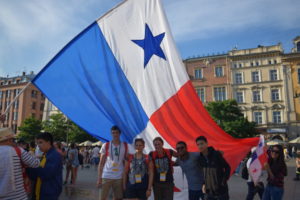 The band performed for the first time at the 2019 World Youth Day, an event for young people organized by the Catholic Church that reportedly drew over 600,000 people to Panama City, Panama.

The new single’s “vibe, rhythm and Spanish-lyrics” takes the band back to their days growing up in South America.

Produced by Grammy-nominated, multiple Dove Award-winning Ian Eskelin and Barry Weeks, ‘Anthem Of Love’ is the third single from the band’s album, The In Between, slated to release July 12 in North America.

The new single follows Trinity’s widely acclaimed ‘Wherever We Go’ and ‘Alive Again’ tracks, the latter song being played live by the band in radio studios across America last summer for audiences based in New York City to Washington, DC to Los Angeles.

“We’re pleased to call ourselves craftsmen of heavenly parties, and we’re experts at making people’s feet move,” adds Niek (Drums, percussion). “Not with huge beats and technology, but with a unique acoustic approach that will disarm and free any crowd.”