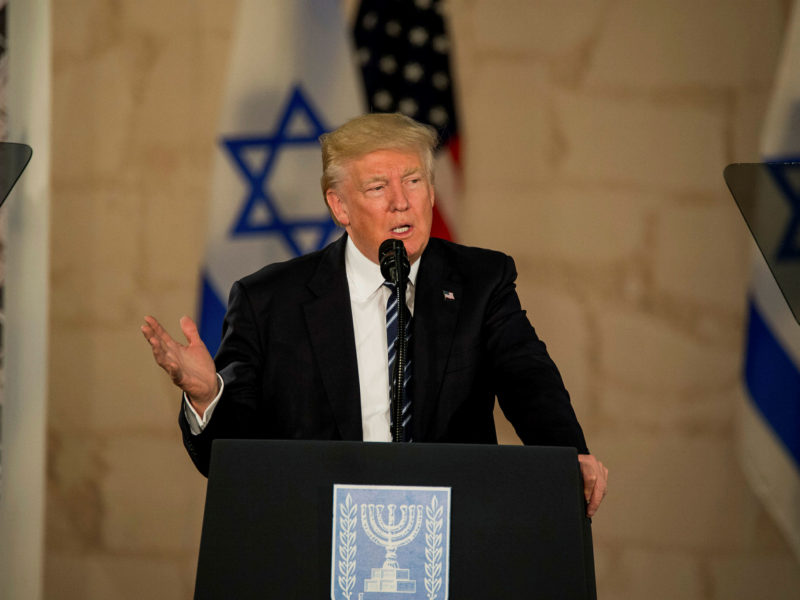 US President Donald Trump on Sunday said that his administration would likely unveil its peace plan after Israel’s elections in September.

Trump told reporters that “We will probably wait for the release of the Middle East peace plan until after the Israeli elections.” He also said that they might “release small parts of it beforehand.”

The “Deal of the Century” as the plan has been called, has been under wraps for months now. It was planned to be unveiled over the summer but has been delayed due to Israel’s unexpected return to elections, following Prime Minister Netanyahu’s failure to form a coalition.

The economic segment of the deal was presented in the conference held in Bahrain in June. Jared Kushner, Trump’s son-in-law, led the conference and laid out the financial aspects of the proposed deal. The Trump administration said it would invest $50 billion in the Palestinian economy as well as other countries in the region.

Other leaders in the Arab world have been more hopeful about the plan. Saudi finance minister Mohammed al-Jadaan said Saudi Arabia would support whatever economic plan that would bring prosperity to the Palestinians.

Israel remains cautiously open to the ideas put forth in the plan, and will not reject or embrace it before it is fully known. Netanyahu said he would wait and see the entire plan, but under no circumstances will he compromise Israel’s security.

For just $100 per month you can bring the gospel to 10,000 homes. Join us as media missionaries! GIVE NOW
VIEW COMMENTS
« Hong Kong Christians Protest with Worship and Prayer This Is Why Jesus Is Still Healer Today »