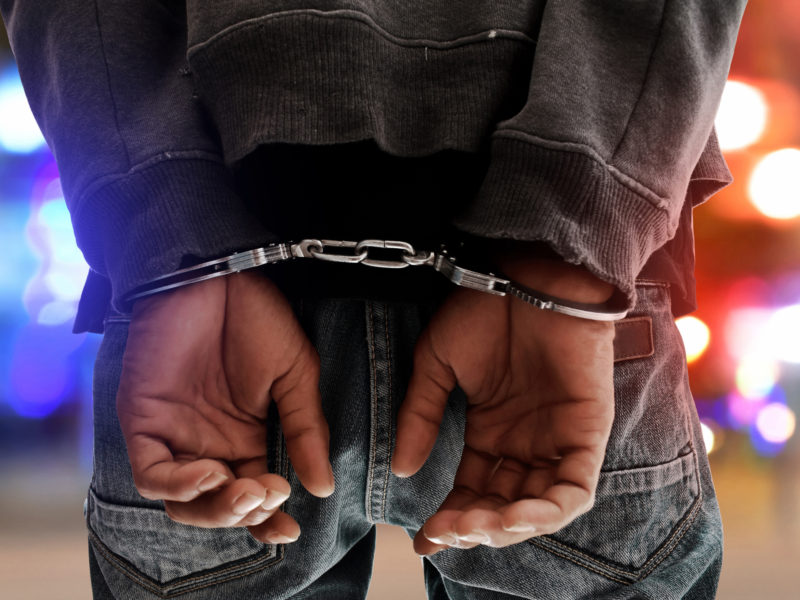 Lesa’s son, Brandon was a drug addict, but she refused to stop trusting God for his deliverance. In the process she learned that when it comes to God, truth overrides facts.

“The truth (what God says about a situation or a condition) overrides the facts!” says Kris Valloton of Bethel Church, Redding, CA. This is not just a powerful statement it is truth. I was reminded of this again recently when the following post from July 2012, came through my Facebook memories feed.

The truth (what God says a about a situation or a condition) overrides the facts! Truth outweighs facts. I'm clinging…

In my own life, I’ve had to use the truth against both the lies of the enemy and also the factual circumstances opposing me. I know from personal experience this is not always easy.  It requires effort and faith! I shared in an earlier post for GOD TV Hope Remains  about our son Brandon’s heroin addiction and how hopeless it looked.  He had literally become a shell of his former self and had overdosed several times!

But, finally after a long losing battle with addiction, Brandon, (with his probation officer’s permission) entered a regeneration program at Dunklin Memorial Camp in Okeechobee, FL.  This was something we’d been praying and pushing for during the past few years.  At last, he was there.  He was safe.  He was clean.

Breakthrough! We were rejoicing over the positive changes we were seeing in our son in only four weeks.  And then… his probation officer violated him and he was arrested and extradited to another county to await trial. To say that I was devastated would be an understatement. But God is so merciful and filled with tender kindness,  while even in my heartache and crying out Why? Why now? Abba sent us the scripture from Jeremiah 29:11-14. I was well familiar with verse 11, but as I was reading I felt Him prod me to continue down the page:

A promise from God

” ‘For I know the plans I have for you,’ says the Lord. ‘They are plans for good and not for disaster, to give you a future and a hope. In those days when you pray, I will listen. If you look for Me wholeheartedly, you will find Me. I will be found by you,’ says the Lord ‘I will end your captivity and restore your fortunes. I will gather you out of the nations where I sent you and will bring you home again to your own land’.” (Jeremiah 29:11)

I felt the Father was promising me that not only did He have a plan for my son, He was going to bring him out of captivity. I grabbed onto this word and hid it in my heart. It was certainly tested over the next several weeks.

Meanwhile, (During the time of the above post), Brandon was back in jail, awaiting trial on 13 violations and was promised a prison sentence this time around.  When he would speak to me on the phone, he tried to prepare me, “Mom, you need to prepare yourself, the Public Defender is saying it doesn’t look good. I’m probably going away for seven years, maybe 15.”

I knew what the judge overseeing his case had promised him. I also knew what I felt God had promised me. Even with fear trying to grip my heart and doubt knocking loudly, I responded, “I can’t hear that, son. I cannot receive that. I am believing for a miracle.”

Long story shortened, for the sake of this blog, our day came in court and  Brandon was given a 7-year prison sentence, but God influenced the judge to suspend it in lieu of him returning to Dunklin and completing the program, house arrest and terms of the 5-year probation followed it with fines. Any failure to comply would have lifted the suspension and the seven years would have had to be served behind bars! God knew what He was doing and whom the Son sets free is free indeed!

This summer when the post came through my feed marked seven years! Instead of prison Brandon was home with his wife Julie, building their family, relationship with God and serving in ministry both here and around the world!

We don’t just use the truth against lies, we also use it against fact! The fact is our son may have deserved prison but the truth is God’s mercies are new every morning!

The fact may be that your son or daughter is an addict, but the truth is whom the Son sets free is free indeed!

The fact may be that you have cancer but the truth is by HIS stripes we were healed!

The fact may be that your bank account and cupboards are empty but the truth is God is Jehovah Jireh – the God who provides.

The truth is, God is filled with compassion towards us, toward you. Hold onto the promise of His word and the promise He has given you.  Use that truth not only against the lies the enemy throws at you but also facts.  Truth trumps… outweighs… overrides facts!

For just $100 per month you can bring the gospel to 10,000 homes. Join us as media missionaries! GIVE NOW
VIEW COMMENTS
« The End Of The World As We Know It… Visit the Israel Museum In Jerusalem »