Twitter War of Words Between Israeli and Iranian Foreign Ministers

After Iran's FM says Israel "Has No Place in World's Future" 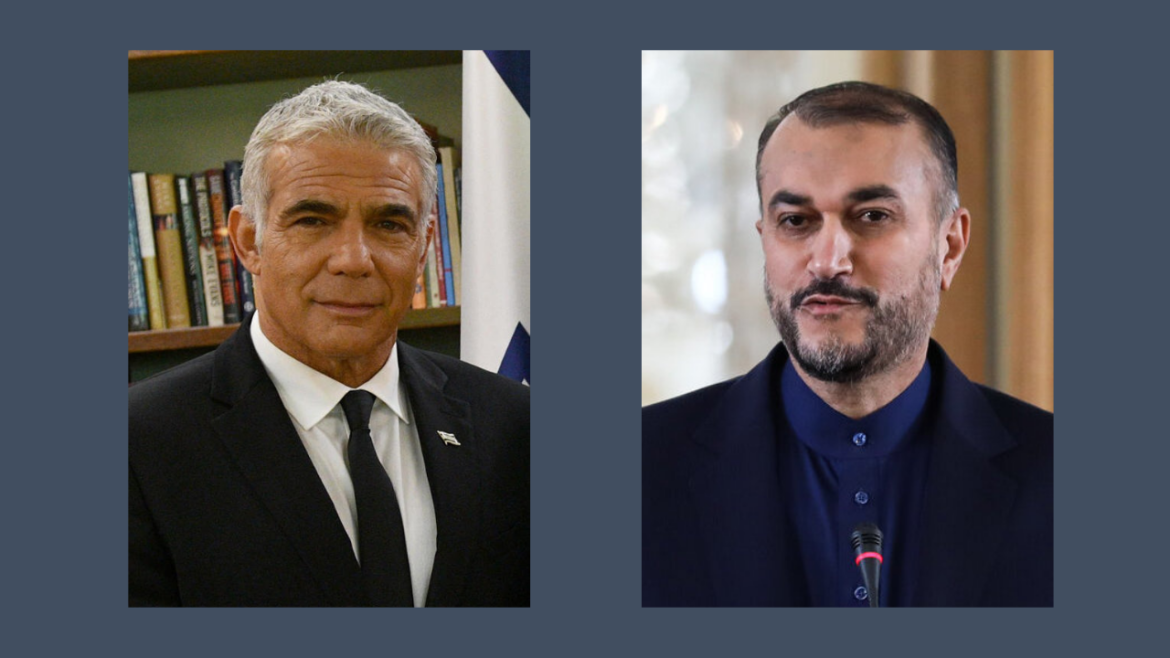 The shadow war between Israel and Iran moved out onto the field of social media this week, as a feud between the two nations’ foreign ministers went a couple of rounds on Twitter. The tweet clash came as world powers are looking for a way to curb Iran’s nuclear ambitions.

Last weekend, Israel Foreign Minister Yair Lapid gave a TV interview where he fielded a few questions about Iran and the possibility that Israel may have to act alone soon in order to stop Tehran’s race to a nuclear weapon.

“Israel has capabilities, some of which the world, and even some experts in the field, cannot even imagine. And Israel will protect itself against the Iranian threat,” Lapid said. And prior permission from or giving notice to the US will not be necessary, according to Lapid.

“The disturbing remarks of the foreign minister of the fake Israeli regime against the great nation of Iran” were basically hot air, Amir-Abdollahian tweeted in Persian. “We will forcefully and rationally defend the rights, interests, and progress of the Iranian people. Zionism has no place in the future of the world.”

On Tuesday, Lapid responded in Hebrew, Persian, and English.

“The extremist Iranian regime threatens Israel with annihilation but will continue to lose this battle. Their failed leadership is destroying Iran from within. In the words of the Iranian poet Saadi: ‘He whose essence is evil, will forever remain so.’ Iranians should know that it is their regime making their lives miserable,” Lapid said.

While Iran insists that its nuclear aims are purely for energy purposes, they repeatedly threaten to wipe Israel off the map. Recently, Iran’s elite forces, the Revolutionary Guards, conducted a drill where they blew up a target that looked a lot like Israel’s Dimona nuclear facility. And the state-backed Tehran Times threatened Israel with the front-page headline of “just one wrong move!” accompanied by a map with dozens of targets across Israel marked for attack.

Israel has called for the world to take a hardline approach to Iran’s nuclear pursuits. It has been reported that Israel has earmarked $1.5 billion (NIS 5 billion) to fund aircraft, intelligence-gathering drones, and special armaments that would be needed for a strike on Iran’s underground nuclear facilities. Last month, a senior US official indicated that joint exercises between the US and Israel might be in the works if the talks in Vienna to restart the nuclear treaty fail.

“The State of Israel is strong and will not allow its citizens to be harmed,” Lapid tweeted.