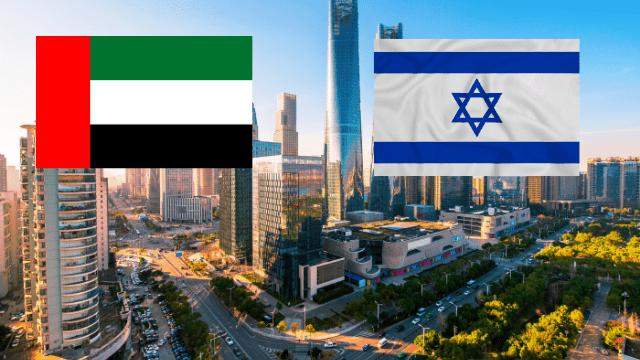 Continuing down the path to peace open by the historic Abraham Accords. Last year, the United Arab Emirates inaugurated its new embassy in Israel Tuesday.

“This embassy is not just a hub for diplomats, but a base in our new partnership,” UAE Ambassador Mohammed Al Khajah told the crowd gathered for the historic occasion. “It marks a new paradigm for peace and a model for a new collaborative approach for conflict resolution. It is a great honor to open the embassy here.”

The new embassy is situated in the Tel Aviv Stock Exchange building. A symbolic site given the substantial economic partnerships developing between the two countries. Certainly, it was too much to ask for the Muslim-dominated country to open their Embassy in Jerusalem.

Two weeks ago, Foreign Minister Yair Lapid celebrated the opening of Israel’s embassy in Abu Dhabi. Unfortunately, he could not attend the ceremony in Tel Aviv due to a staff member testing positive for the coronavirus.

Isaac Hertzog, Israel’s new president, was in attendance and hailed the event as an “important step for the entire Middle East.”

“To see the Emirati flag in the skies of Tel Aviv would have seemed like a distant dream. Today it is a reality,” Hertzog said.

The ceremony finished with Ambassador Khajah opening trade on the exchange. “Ten months ago, our two countries signed the Abraham Accords with the vision of dignity, prosperity, and peace for the two peoples. This is just the beginning.”

Bahrain, which also signed the Abraham Accords, has said it plans to open an embassy in Israel.

After the ceremony, Foreign Minister Lapid tweeted, “We will continue to expand the circle of peace and normalization.”

For just $100 per month you can bring the gospel to 10,000 homes. Join us as media missionaries! GIVE NOW
VIEW COMMENTS
« Fire in His Eyes God’s Word For You Today: God Is The Source Of Joy »