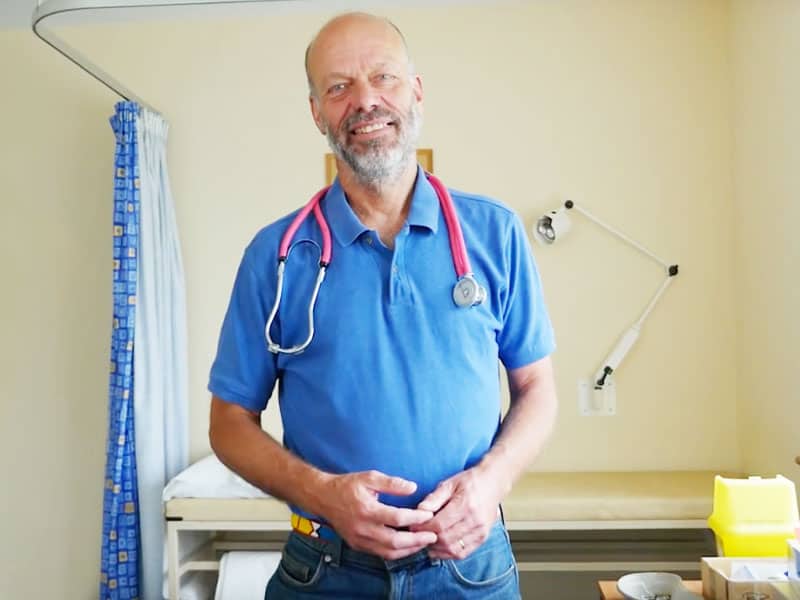 After being accused of wrongdoing for praying with a patient, a UK doctor, Dr. Richard Scott’s medical license was threatened

According to the The Sunday Times, it had been part of Dr. Scott’s bedside manner to pray for his patients. Especially if he sees them suffering from depression, anxiety or addiction. However, the compassionate UK doctor came under fire when a patient complained. The patient said they felt uncomfortable and vulnerable with his praying. Because of this allegation, the Christian doctor’s job and license were at risk.

Investigation into the UK Doctor

But three months later, after further investigation by the General Medical Council (GMC), he was declared innocent. They found no evidence of wrong doing from Dr. Scott.

“The NSS (National Secular Society) sent an anonymous hearsay account about how Dr Scott expressed his religious beliefs to a ‘highly vulnerable’ patient. There is no convincing evidence that Dr. Scott imposes his personal religious beliefs upon potentially vulnerable patients,” stated the General Medical Council.

Therefore, the General Medical Council cleared him of all allegations.

Dr. Scott also revealed how NSS was targeting, not just him, but “also the freedom of Christian professionals across the UK to share their faith in the workplace.”

The serious allegation towards the doctor’s good intentions was surprising. That is why Dr. Scott said, “The toll placed on my family and me, as a result of one spurious complaint, was totally unnecessary. Yet it is my hope that this outcome will mean other Christian practitioners will not have to go through similar experiences.”

She said, “The outcome of this case not only gives reassurance to Christian doctors and professionals across the UK that they can share their faith in the workplace, but also clear guidance on how they can share it without fear of losing their job.”

For just $100 per month you can bring the gospel to 10,000 homes. Join us as media missionaries! GIVE NOW
VIEW COMMENTS
« Homeless Woman Begging For Leftovers Cries After Receiving A Greater Gift How God Chose Bethlehem As Part Of His Eternal Strategy »