Ukrainian Marine Sacrifices Himself To Stop Russian Army From Invading 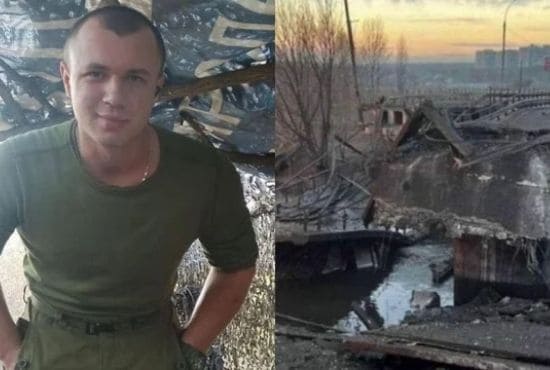 One Ukrainian marine has sacrificed himself to blow up a bridge to stop the Russian army from invading the country.

On February 24, Russia began its invasion of Ukraine with a series of missile attacks inside the borders of the country. Civilians left their homes to find refuge from the gun fires and bomb explosions. Ukrainian arm forces, including many civilians, stood up to defend their country the best way they can.

One heroic story emerged last Friday as Russian troops invaded the southern province of Kherson. Marine battalion engineer Vitaly Skakun Volodymyrovych sacrificed his life to stop the Russian troops. Vitaly and his team were deployed at the Henichesk bride with the mission of stopping the Russians at any cost.

“On this difficult day for our country, when the Ukrainian people are repelling the Russian occupiers in all directions, one of the most difficult places on the map of Ukraine was the Crimean Isthmus, where a separate battalion of marines met one of the first enemies,” General Staff of the Armed Forces of Ukraine posted on Facebook. 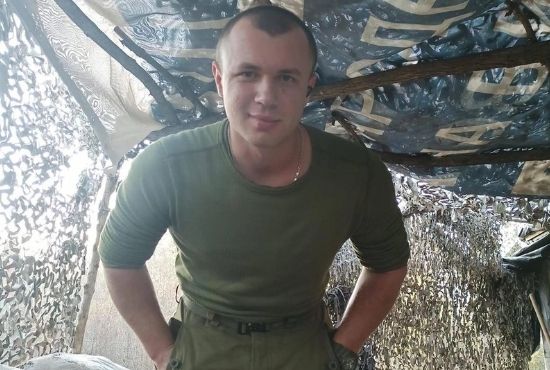 When massive Russian tanks approached their area faster than they had prepared for, the only way to stop them was to blow up the Henichesk bridge. However, they didn’t have enough time to detonate the bridge safely. Vitaly decided to act and volunteered to do it all by himself.

“To stop the advance of the tank column, it was decided to blow up the Genichesky road bridge. Shakun, the engineer of a separate battalion, volunteered to perform this task. The bridge was mined, but he did not have time to leave. According to the brothers, Vitaliy got in touch and said that he was blowing up the bridge. An explosion was heard immediately. Our brother died,” they wrote.

Right after he informed his teammates that he was going to blow up the bride, a loud explosion was heard. Vitaly sacrificed his life for his country. His heroic act slowed the advancing Russian troops and bought the Ukrainian army some time to plan and prepare.

As of today, hundreds of civilians have lost their lives in this war between Russia and Ukraine. Ukrainian cities are in ruins as Russian troops continued to attack the country. The peace talk on Monday between the two leaders, Volodymyr Zelenskyy and Vladimir Putin, didn’t result in anything. However, they agreed to meet again this week.

Read also: UKRAINIAN CHRISTIANS WORSHIP THE LORD AS THEY TAKE REFUGE IN A SUBWAY