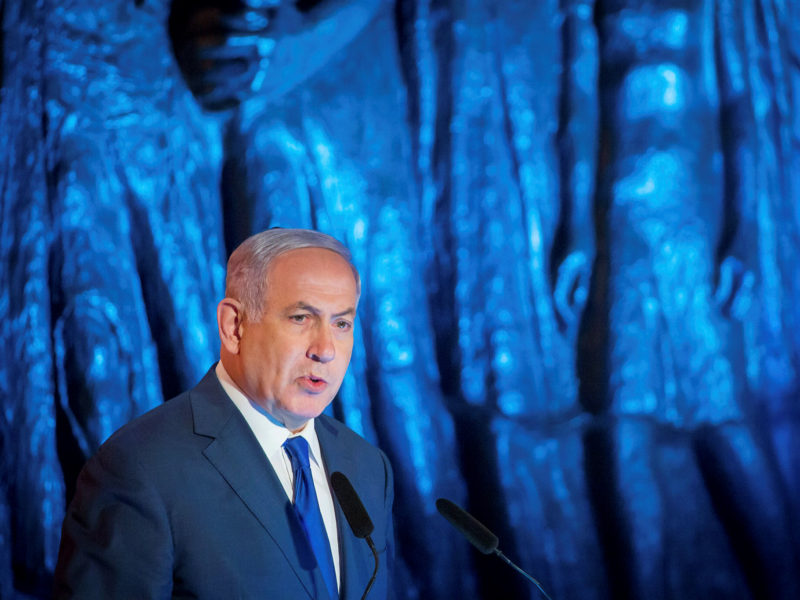 Israel welcomed the announcement by US Secretary of State Mike Pompeo that the US was reimplementing full sanctions on the Islamic Republic of Iran over its plans to develop nuclear weapons.

Pompeo stated Saturday that the Trump Administration has “always understood that the greatest threat to peace in the Middle East comes from the Islamic Republic of Iran, whose violent efforts to spread revolution have killed thousands and upended the lives of millions of innocent people.”

“History shows appeasement only emboldens such regimes. Thus today, the US welcomes the return of virtually all previously terminated UN sanctions on the Islamic Republic of Iran, the world’s leading state sponsor of terror and anti-Semitism,” the statement said.

Sanctions are being re-imposed on Iran pursuant to the snapback process under UN Security Council resolution 2231 and after they were lifted in 2015 when Iran signed the nuclear deal with the US, the United Kingdom, China, France, Germany, and Russia.

Pompeo explained that the US took this action because, in addition to Iran’s failure to perform its commitments to the 2015 nuclear deal, the Security Council failed to extend the UN arms embargo on Iran, which had been in place for 13 years.

The US expects all UN Member States to fully comply with their obligations to implement these measures, Pompeo underscored.

In addition to the arms embargo, this includes restrictions such as the ban on Iran engaging in enrichment and reprocessing-related activities, the prohibition on ballistic missile testing and development by Iran, and sanctions on the transfer of nuclear- and missile-related technologies to Iran.

In the coming days, the US will announce a range of additional measures to strengthen the implementation of the sanctions.

“Our maximum pressure campaign on the Iranian regime will continue until Iran reaches a comprehensive agreement with us to rein in its proliferation threats and stops spreading chaos, violence, and bloodshed,” Pompeo declared.

Israeli Foreign Minister Gabi Ashkenazi thanked the US for “its dedicated action, led by President Trump and Secretary Pompeo, at the UN Security Council, in preventing the lifting of Iran’s arms embargo.”

He called upon all countries to “stand alongside the US, to refrain from the sale of weapons to Iran and enforce the sanctions in their entirety.”

He further called on “our friends,” the E3 countries – France, Britain, and Germany – to “pullback their opposition and work towards a rigorous implementation of the sanctions regime, both on the state level, as well as on the EU level and within the UN bodies.”

Defense Minister Benny Gantz stated that “Iran continues to be an international and regional danger. Its leaders continue to develop the nuclear project and spread terrorist metastases throughout the Middle East. The continued pressure of the US administration in the face of Iranian aggression is a necessary tool and I welcome the uncompromising efforts to curb it and promote stability in our region.”

Iranian President Hassan Rouhani warned that any US move to revive UN sanctions will be met by Iran’s “firm response.”

“The US failed in forming a coalition against us and it made every attempt in the past month to stand against the removal of an arms trade ban on Iran,” Rouhani said, addressing a cabinet meeting in Tehran on Sunday.

“The UN Security Council’s indifference to the US was the best method,” he added.

“As Iran’s president, I declare that if the US resorts to bullying and repeats its wrong words that it has reinstated the sanctions, words that no one accepts, and then takes practical steps, it will certainly face our firm response,” he threatened.

For just $100 per month you can bring the gospel to 10,000 homes. Join us as media missionaries! GIVE NOW
VIEW COMMENTS
« Which Heaven Are You Operating From? JT Realmuto Of Philadelphia Phillies Shares About His Christian Faith »