BREAKING
Israel-led Team Solves Mystery Why Lightning Strikes Fewer Times Over The Ocean...
Tourism In The Holy Land Is Soaring Back Up To Pre-Pandemic Highs
Lapid Speaks Directly To Palestinians—Offers Them “Another Way” Out Of The Ongoing...
Home News Uncovered Temple Mount Evidence Backs Ancient Jewish Practice in Jerusalem 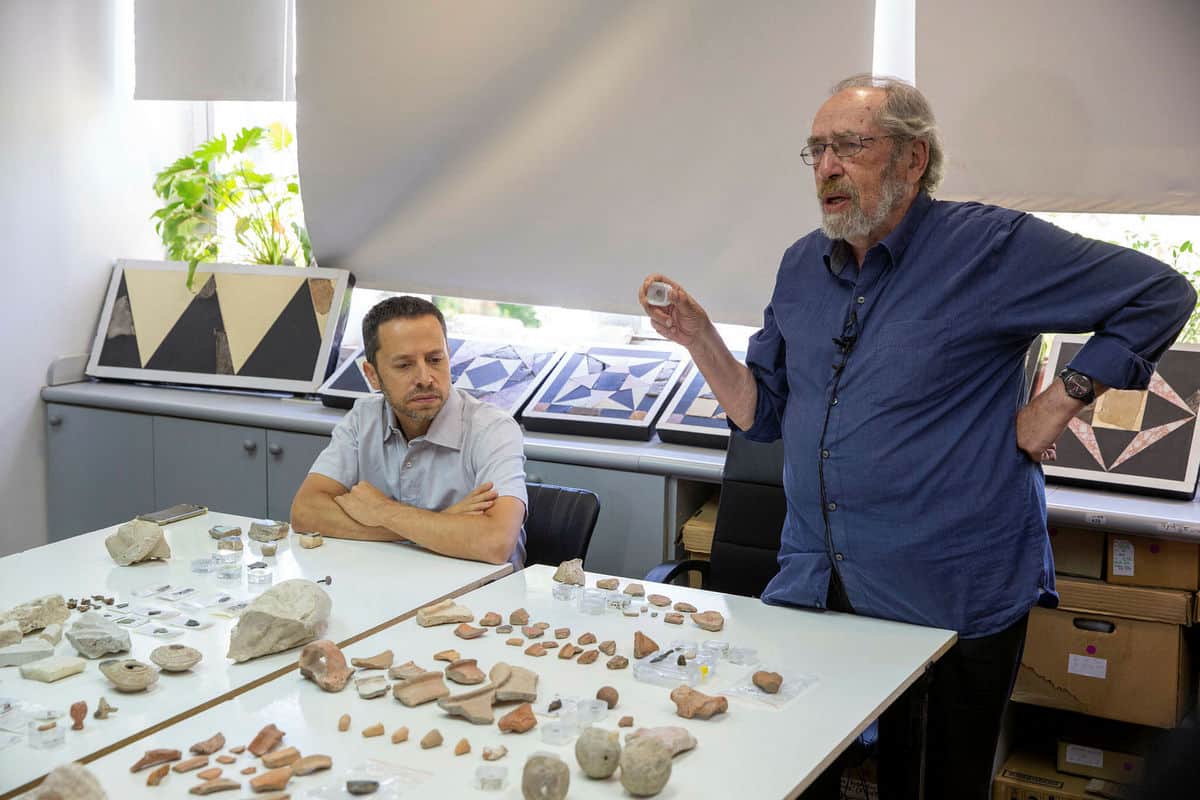 Archeologists in Jerusalem say they have uncovered evidence from the Temple Mount that appears to corroborate large sections of the Bible’s description of religious practice in the ancient city.

Speaking to reporters during an exhibition of artifacts removed from the Temple Mount by Islamic officials in 1999, Prof. Gabriel Barkay, an adjunct professor of archeology at Tel Aviv University the co-founder of the Temple Mount Sifting Project, said that sifting through mounds of dirt removed from site has unearthed an historical treasure trove of findings from the past three millennia of human history.

“Some archeologists have posited that King David and King Solomon were invented by the authors of the bible,” said Barkay, a Jerusalem Prize laureate. “Now, I can’t tell you that we’ve got a business card saying ‘King David.’ But the thousands of coins, stone weights, arrowheads, pottery, mosaic pieces and more show clearly that there was significant human activity at the right time and place to support the existence of David and Solomon’s kingdoms.”

Another example is the base of a pillar bearing the image of Astarte, an ancient goddess of fertility. “The way the pillar was broken shows that it was destroyed deliberately,” Barkay says, adding that ancient Jews would have viewed the carving of the goddess as idolatry and felt a religious duty to destroy it.

Barkay and Zachi Dvira, a doctoral candidate in archeology at Bar Ilan University near Tel Aviv, founded the Sifting Project in 2004,five years after the Jerusalem Islamic Waqf,  a Palestinian Authority body charged with overseeing the al-Aqsa Mosque compound, bulldozed a large pit on the Temple Mount between 1996-1999 in order to construct an entrance to Solomon’s Stables, an ancient underground structure which was converted into a mosque.

They say that Israeli antiquities law requires a salvage excavation before construction at archaeological sites, making the works illegal, and add that  approximately 400 truckloads – 9,000 tons – of soil saturated with priceless archaeological artifacts were dumped as garbage in the nearby Kidron Valley.

Since then, they have unearthed more than half-million artifacts, changing scientists’ understanding of the Temple Mount. Barkay and Dvira say the Temple Mount has never been excavated by archaeologists due to ongoing political controversy surrounding the area. Ironically, however, once the dirt from the Mount was dumped as so-much-garbage by the Islamic Waqf into the nearby Kidron Valley, the soil presented an unprecedented opportunity.

“This is unknown territory. There is still a lot of work ahead,” they said. “Every single artifact is a world unto itself (and is extremely significant). In order to preserve our scientific integrity, we have to write up and publish our findings in peer-reviewed journals,” Dvira said.