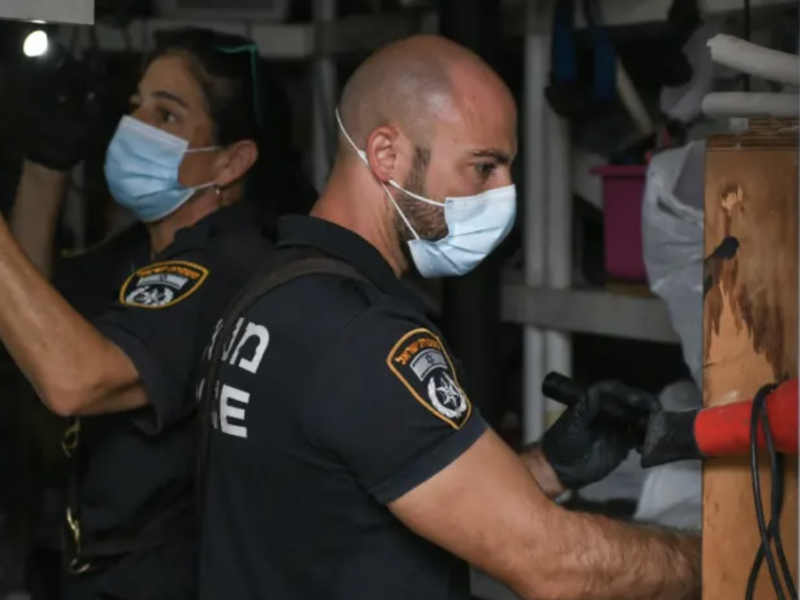 An IDF reserves officer, a former infantry company commander, was drafted as a secret agent by the Israel Police and was inserted into the circles of influential arms and drug dealers, an operation that led to the arrest of dozens of suspects across the country early Tuesday morning.

The police moved to the open phase of Operation 217 after more than a year of covert investigations, and dozens of detectives from the Central District and Border Police troops conducted a wave of arrests in Petah Tikva, Ramla, Lod, Yavne, Elad, Kfar Bara, Kfar Qassem, Taibeh, Harish, Hadera, Tirat Carmel, Ashdod, and Bat Yam.

The undercover agent, an IDF Major, was deployed after training for months for the mission, during which his cover story of a criminal was built, and during which he began to make social connections with criminals in the center.

During the operation, the agent was sent to transactions during which he purchased an explosive device, five handguns, a grenade, and large amounts of cocaine and “ecstasy” pills from the various dealers.

In parallel with the wave of arrests, a ceremony was held during which the agent, in the presence of his excited parents, received his certificate of appointment and a service gun from Central District Commander Superintendent Amichai Eshed.

The dozens of suspects arrested were taken for questioning on suspicion of arms trafficking, drug trafficking and other offenses, and will be brought before a judge in the Magistrate’s Court in Rishon Lezion.

For just $100 per month you can bring the gospel to 10,000 homes. Join us as media missionaries! GIVE NOW
VIEW COMMENTS
« KORN Lead Guitarist Brian ‘Head’ Welch Testifies About Jesus On CNN News For First Time In Ukraine Parliament’s History, Rabbi Awarded Medal Of Honor »