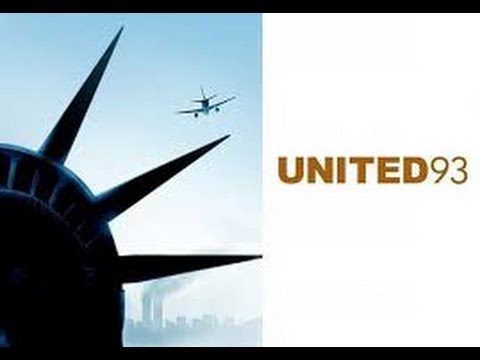 The true story of the passengers on the only plane in the 9/11 hijackings that didn’t reach its target – begins and ends with a prayer. At the start the terrorists pray before going to the airport. At the end, the passengers say the Lord’s Prayer as they take their heroic stand against the terrorists. These moments show this was not just a physical battle but a spiritual one. I’ll return to this point later.

Made with the full endorsement of the relatives of the United 93 passengers, the film nevertheless attracted controversy during its original release, with some claiming the film was made “too soon”. But too soon or not, United 93 was and remains an outstanding achievement and is still, for my money, the best film made about the tragedy. Neither sensational nor exploitative, director Paul Greengrass’s signature documentary style (replete with “shaky-cam”) actually works very well here. He also recruits a cast of unknowns (all of whom do a great job), and even casts key roles, such as FAA controller Ben Sliney, as themselves.

Make no mistake, this is not a Friday night popcorn flick, but one of the most monumentally upsetting experiences you will ever have watching a film. The first half in particular, prior to the plane being hijacked, is excruciatingly tense. The passengers undergo the usual mundane routine of air travel, unaware of their peril and the terrorists they are rubbing shoulders with. They get frustrated at take-off delays, pay no attention to the stewardess’s safety demonstration, and make polite but disinterested small talk with one another. What makes these scenes disturbing is they are so commonplace and they are scenes we have all witnessed on countless commercial flights.

All of this is intercut with the situation in air traffic control and air force headquarters, where the broader 9/11 tragedy begins to play out. Sitting through these moments is like reliving the whole horrible experience all over again, essentially removing the barrier between the audience and the film. Wherever you were when 9/11 took place, this film will almost certainly bring back those vivid memories.

Despite this, United 93 is not needlessly depressing but overwhelmingly positive. It shows the best and worst of human nature and the power of the right snap decision under pressure – both the decisions to ground over four thousand planes, and more importantly the riveting moment where the passengers realise they are going to die anyway, but there are far more of them than there are terrorists.

Here I return to the spiritual angle. The terrorists on United 93 tried to intimidate the passengers, but their captives overcame their fear and thwarted them. This film honours their memory by showing their immense bravery and courage. It also demonstrates an important and inspiring spiritual principle about the power within everyone to overcome fear and do the right thing, however difficult, whatever the cost.

In summary, United 93 is an incredibly tense, stunningly powerful and deeply moving film.