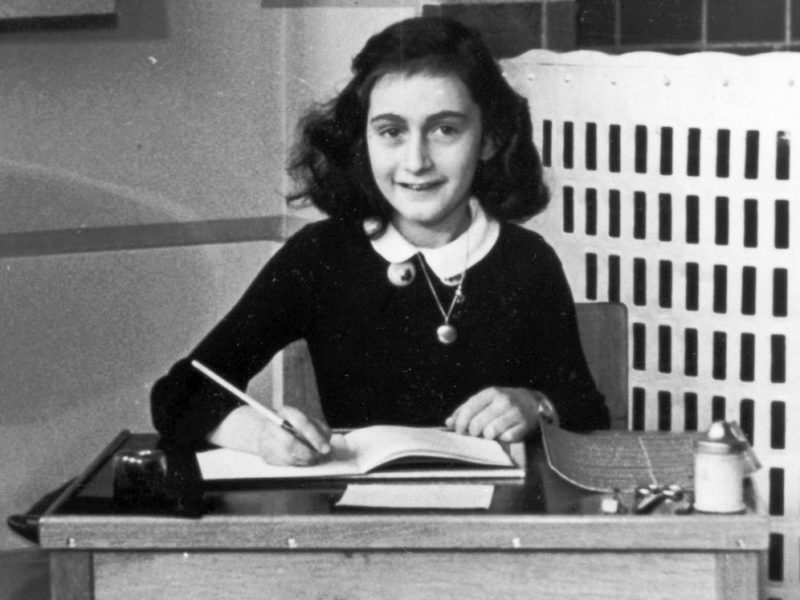 Anne Frank would have turned 90 on Wednesday, had she survived the Holocaust.

The United Nations (UN) marked her birthday and honored her legacy by dedicating a sapling donated by the Anne Frank Center for Mutual Respect.

The sapling is descended from the horse chestnut tree that grew outside the attic in Amsterdam in which the Frank family hid for two years from the Nazis before they were betrayed.

The dedication took place on the North Lawn at UN Headquarters in New York.

A commemorative plaque marking the occasion was unveiled.

Israel’s Ambassador to the UN Danny Danon thanked UN Secretary-General António Guterres for the moving gesture and for his fight against modern anti-Semitism.

Anne, one of the most famous Holocaust victims, in known for her diary which she received on her thirteenth birthday.  A few weeks later, the Frank family was forced into hiding.

Only Anne’s father, Otto Frank, survived the Holocaust. Returning to the Netherlands, he discovered that Anne’s writings and diary had been saved by Miep Gies, a friend who had helped the family while in hiding.

In the subsequent decades, Anne’s writings have been translated into over 70 languages and millions of copies of published across the world.

“Anne Frank’s name has become synonymous with the call for an end to anti-Semitism, prejudice, and for a just and peaceful world in which human rights are respected,” the UN stated.

“The tree will be a living commemoration of these values,” it added.

Similarly, German Foreign Minister Heiko Maas tweeted that Anne Frank’s diary “is more relevant than ever before as a warning against discrimination, marginalization and persecution and as a symbol of humanity. We can learn from her.”

However, Israel’s Foreign Ministry Spokesman Emmanuel Nahshon slammed this notion, and responded to Heiko in Twitter by saying that “Anne Frank’s diary is NOT a warning about wishy-washy pseudo universal values!”

“Anne Frank’s legacy is a warning against the hatred and persecution of JEWS. The attempt to ‘universalize the lessons of the Shoah’ is nothing less than a dishonest rewriting of history,” he charged.

For just $100 per month you can bring the gospel to 10,000 homes. Join us as media missionaries! GIVE NOW
VIEW COMMENTS
« IAF Bombs Hamas Target in Response to Rocket Attack Evangelist Alveda King: Remembering Our Fathers on Father’s Day »