Unplanned, Captain Marvel And The State Of The American Church | God TV
Articles 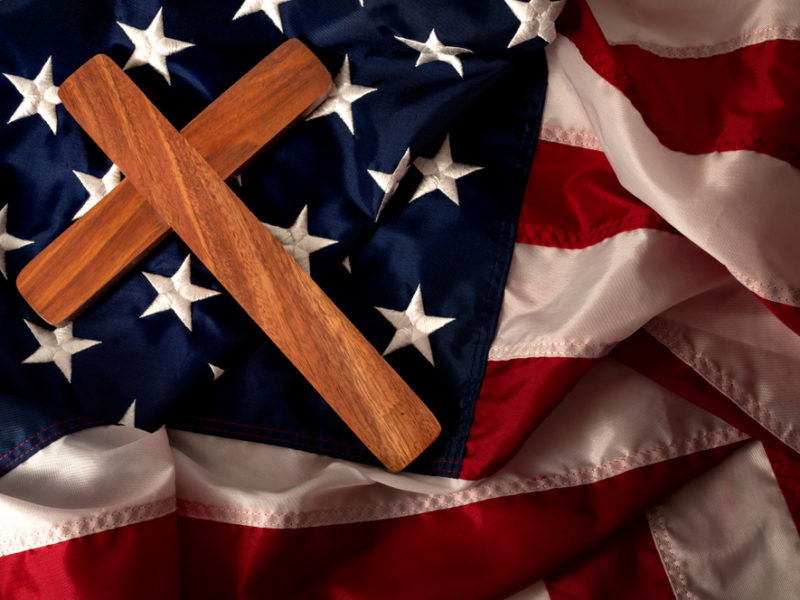 I’m thrilled to hear about the great impact that Unplanned is already having. It has exceeded box office expectations and, more importantly, the movie is changing many lives. How wonderful to hear of Planned Parenthood workers who are resigning after seeing it. At the same time, we can be reasonably sure that many more American Christians saw Captain Marvel than Unplanned. Why? It’s because we’d rather be entertained.

Let’s focus on just one segment of the professing Christian population of America, those who identify as Evangelical or Born-Again, amounting to roughly 40 percent of the populace. Even if we cut that number in half (which is quite drastic), that would still be 20 percent of the nation, meaning one in every five people.

Now, let’s look at the box office totals for Captain Marvel and Unplanned. The former has grossed about $386 million so far, the latter about $16 million, meaning that Captain Marvel has out-earned Unplanned by about 24 to one.

You do the math. You tell me what movie Christians were flocking to see. The answer is obvious.

To be clear, I’m not criticizing anyone for seeing Captain Marvel. I haven’t seen it myself, so I don’t know what’s in the movie. And I have no problem with believers enjoying some clean entertainment (again, I have no idea where Captain Marvel fits in that spectrum).

What I do know is this: Most American Christians are so apathetic about abortion that we can’t even take the time to see a powerful, even watershed, Pro-Life movie. Think about that for a moment, and let the weight of reality sink in.

It’s one thing to share the Gospel in front of an abortion clinic. Or to adopt a child destined for abortion. Or to volunteer time to serve at a Pro-Life pregnancy center. Or to make a sacrificial donation to the Pro-Life cause. Not every Christian can (or will) do this.

But to see a movie? We can’t even do that? No wonder Roe v. Wade is still the law of the land.

Help end abortion. Get your ticket to Unplanned

Over 50 years ago, Scottish evangelist James Alexander Stewart addressed the superficial state of the church in the West. Of our public gatherings, he wrote, “The atmosphere of these meetings is so much like Hollywood that one might almost expect some comedian or film star to rush on the platform.” (Remember: He wrote this more than 50 years ago.)

He said: “I refuse to entertain sinners on their way to hell. . . . I want to preach every time as though it were my last chance. I do not want souls to curse my name in the lake of fire and say, ‘Yes, I went to such-and-such a Gospel meeting, but that preacher Stewart only entertained and joked. He made Christianity a farce!’”

The old-fashioned method of evangelism was to make people weep, but the modern “Hollywood” way is to make people laugh. Everybody has to have a jolly good time. . . We must have plenty of jokes or it would not be a good meeting. That is why there is such a woeful lack of conviction of sin in modern evangelism. The Holy Spirit cannot work in a frivolous atmosphere.

Here is a solemn truth that very few of God’s people seem to see: Everything depends on the atmosphere of the meeting. . .  For example, if you were saved in a jazzy sort of atmosphere, light and frivolous, with the song leader more like a clown and the preacher merely glorifying himself and using fleshly effort, you will also turn out to be a jazzy frivolous Christian with no depth in your spiritual life.

We’d rather be entertained than exhorted

Does that not speak to the state of the Church in America today? We would rather be coddled than convicted, entertained than exhorted, babied rather than burdened.

EVERY TRUE CHRISTIAN IS A SOLDIER—of Christ—a hero “par excellence!” Braver than the bravest—scorning the soft seductions of peace and her oft-repeated warnings against hardship, disease, danger, and death, whom he counts among his bosom friends.

THE OTHERWISE CHRISTIAN IS A CHOCOLATE CHRISTIAN! Dissolving in water and melting at the smell of fire. “Sweeties” they are! Bonbons, lollipops! Living their lives on a glass dish or in a cardboard box, each clad in his soft clothing, a little frilled white paper to preserve his dear little delicate constitution.

The good news is that, “GOD NEVER WAS A CHOCOLATE MANUFACTURER, AND NEVER WILL BE. God’s men [and women] are always heroes. In Scripture you can trace their giant foot-tracks down the sands of time.”

May that same spirit of heroism and valor rise up in the Church of America today.

Or, if that’s too much to ask, how about a spirit of decency – enough to get us off our couches to see a life-changing, redemptive movie about the slaughter of the unborn on our watch. Is that too much to ask?

Help end abortion. Get your ticket to Unplanned

For just $10 per month you can bring the gospel to 1,000 homes. Join us as media missionaries! GIVE NOW
VIEW COMMENTS
« Did Nostradamus Predict The Notre Dame Fire? What Are People Saying? Tim Tebow’s Encouraging Word is Going Viral and Will Bless You Immensely »