Do You Feel Unworthy to Go into God’s Presence? Jesus Revealed His Great Love to Me in a Supernatural Encounter. | God TV
Faith 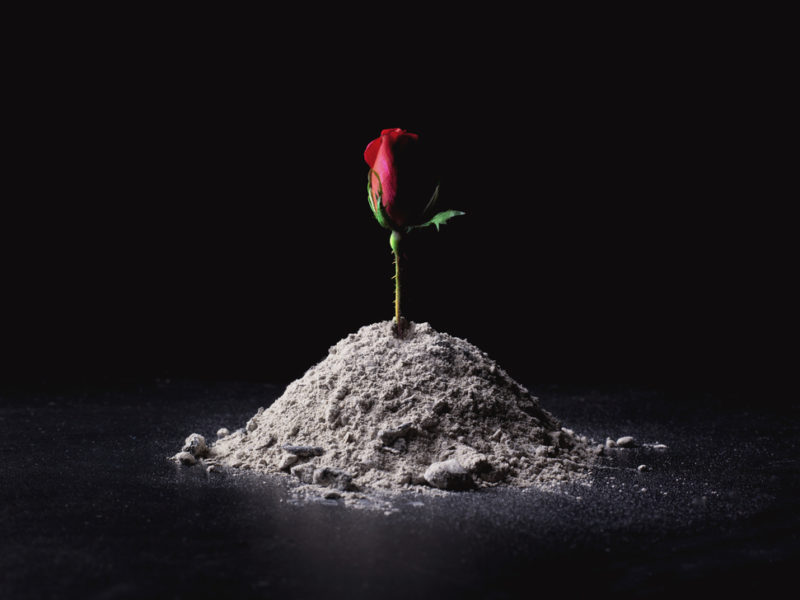 Do You Feel Unworthy to Go into God’s Presence?

God wants us to come to Him. We are His bride and He longs to lavish His great love upon us through the place of secret closet prayer.

Yet more and more I am finding Christians hesitantly standing around on the sidelines rather than confidently running to that place of intimacy with God. It’s as though we don’t have the assurance enabling our souls to go to Him – we believe we are unworthy to be in the presence of our King or freely experience His love.

When I first came to Christ, I doubted what He said I was to Him and refused to believe that He actually wanted me to spend time with Him. Even as much as I wanted to go to my new and beloved Savior, I held back because I didn’t think He desired me to.

But my understanding was changed one night through a heavenly encounter that I experienced with the Lord.

I’ll share it because I believe that – like me – you need to know the love and desire Christ has towards you that you might not doubt Who He says He is any longer.

In this supernatural experience, I was sitting on a rock, holding a little lamb, when I heard a sweet chorus of laughter. I saw Jesus walking down a pathway with a large group of children. I remember my mouth fell open and it seemed my breath just escaped me the moment my eyes looked at Him. He was just so beautiful. Yet it wasn’t just His appearance that was glorious – it was His character. He was lovely and so sweet with these children who appeared captivated by Him too; their fixed eyes told me they entirely adored Him. They were asking Jesus questions, and a smile would turn up the corners of His mouth as He answered them. He loved these children and was pleased with their devotion to Him.

My eyes followed the Lord has He turned off the pathway and walked across the grass to a large rock. As He sat down, all of the children gathered around Him and He began speaking to them. He was so gentle with them and loved them dearly. He’d often put His hands gently on their heads or look intently into their eyes with so much love in His own for them.  Though there were many of them, each was shown attention as if they were alone with Him.

Watching this happen, I was filled with joy and shouted, “I love the Lamb that was slain!” The words escaped my mouth before I had known that I had spoken, and I suddenly worried for fear that I had been too loud, interrupting Jesus and the children. But Jesus turned His head and looked at me. He smiled, for He did hear my shout, and He was pleased.

He motioned for me to come to Him.

My eyes widened with surprise. I did not think I was permitted to, for though I knew it was unlike His character to push one away, He was still the King, and I was nothing.

How could I go to Him? I wasn’t little or innocent like the children He was with. But He opened His arms to me, and that changed everything. With excitement, joy, and awe, I ran to Him, lamb and all. But as I ran, something came over me, and by the time I reached Him, all I could do was fall to my knees before Him and bury my face in His shining garment in humility, for I was so unworthy.

Yet He put His arms around me. When I lifted my head, I found I was looking into His bosom.

And that’s His heart towards all of His children. It is not because of who we are but because of Who He is that enables us to come to Him. The Lord doesn’t want us to hold back. Ever. He only wishes we would draw closer, especially when we feel unworthy. Why?

Because this is when we see Him the greatest. Though we are unworthy, Jesus isn’t. In coming closer to Him, we not only know Him more but understand He is the only One able to redeem us! It’s in His righteousness that we become righteous in His sight. The devil knows this and that’s why he’s constantly trying to stop us from seeking Jesus. Satan doesn’t want our faith to increase nor our relationship with the Lord to grow stronger, deeper, and more intimate. But the work was already finished; Jesus sacrifice’ has torn the veil between God and man in two, and has given us total access (and complete invitation) to go into His presence confidently (Hebrews 10:19-22).

That’s the truth and we must actively put all of our faith into it. If Jesus loved us enough to die for us while we were still sinners, why would we doubt His great love for us being with Him, having already been redeemed by Him? This is the reason He gave us eternal life – to know Him (John 17:3). Therefore, it doesn’t matter what our feelings are or how many lies Satan can throw at us – nothing will change the word of God.

Next time you feel unworthy or the slight bit hesitant to enter into His presence, I encourage you to run into His open arms! He welcomes you always and seeks to share His love with you. Spend time with Jesus because the more you do, the greater your confidence will increase that you might continue to draw near to Him.

For just $100 per month you can bring the gospel to 10,000 homes. Join us as media missionaries! GIVE NOW
VIEW COMMENTS
« It Doesn’t Matter Who You Are or What You’ve Done, Jesus Says You Are Enough! What to Do When You Feel Faithless »