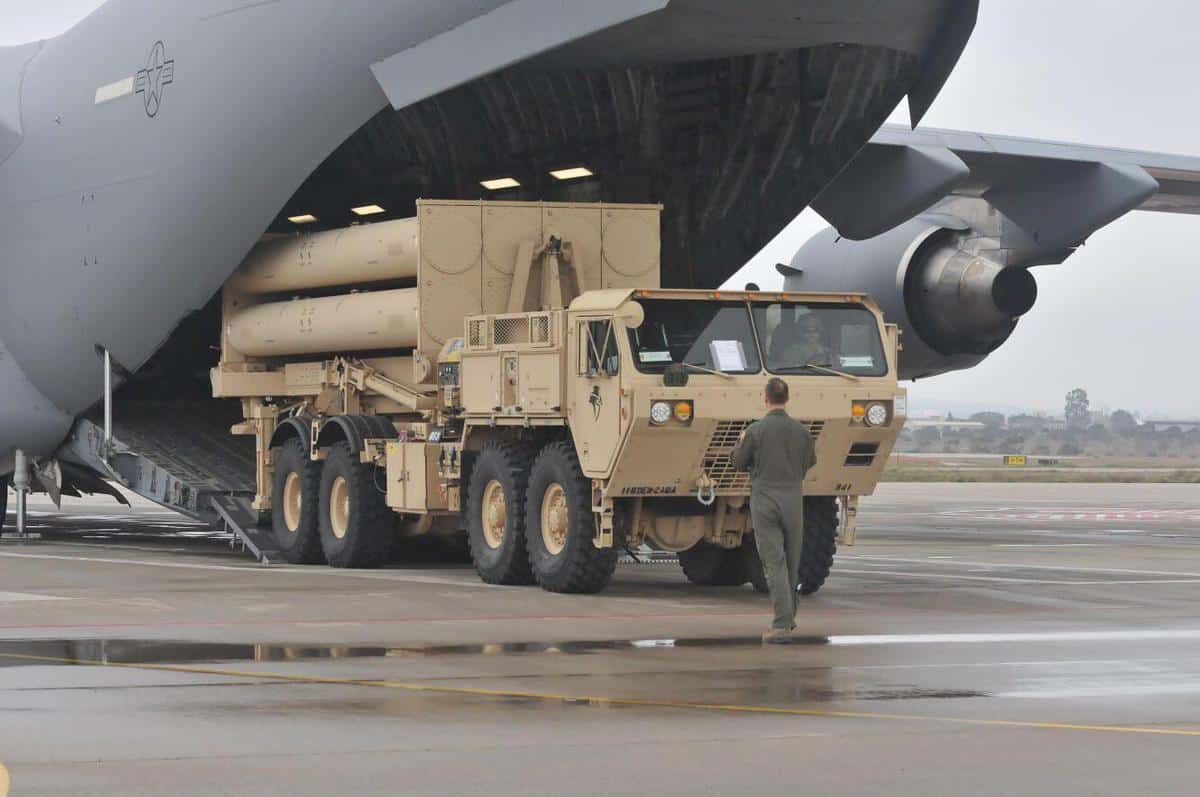 The US European Command (USEUCOM) on Monday deployed a Terminal High Altitude Area Defense (THAAD) system in Israel in “as a demonstration of the United States’ continued commitment to Israel’s regional security under the Department of Defense’s Dynamic Force Employment concept,” the US Embassy stated.

“THAAD is the most advanced integrated air and missile defense system in the world, and this deployment readiness exercise demonstrates that US forces are agile, and can respond quickly and unpredictably to any threat, anywhere, at any time,” the statement added.

The THAAD deployed from the 11th Air Defense Artillery Brigade, 32nd Army Air and Missile Defense Command (AAMDC) stationed at Ft. Bliss, Texas and the deployment incorporated some 200 soldiers based in the US and Europe.

During their deployment, the US troops will work in various locations throughout Israel and will practice operational procedures for augmenting Israel’s existing air and missile defense architecture.

The IDF stated that exercise “is part of US efforts to implement its operational concept and mission to assist in Israel’s aerial defense.”

“The deployment of this American system in Israel emphasizes the US’ commitment to the defense and security of Israel. It is also an opportunity for the IDF to practice integrating advanced American air defense systems into the IAF Air Defense Array,” the IDF added.

“The IDF is grateful for this exercise and stands ready to protect Israel’s airspace and civilians against a variety of threats from near and far,” it concluded, while emphasizing that the deployment is defensive in nature and is “not related to any specific current event.”

This drill is taking place just weeks after Israel Air Force (IAF) soldiers and US troops successfully concluded the “Juniper Falcon” 2019 in Israel which simulated the rapid deployment of US forces and their assisting in Israel’s missile defense.

Prime Minister Benjamin Netanyahu stated that “the deployment of the American anti-missile system in Israel is additional testimony to the commitment of the US to the security of Israel.”

“The American THAAD system is considered one of the most advanced systems in the world, and together with our defensive systems we are even stronger in order to deal with near and distant threats from throughout the Middle East,” he added.

He further lauded the “bond between the US and Israel” which “has never been stronger. I welcome the holding of this joint exercise”

There are American crews deployed in Israel throughout the year, regardless of exercises. They train alongside Israeli crews both inside and outside of Israel so that they are prepared for when they are called upon to assist in defending Israel.