BREAKING
Israel-led Team Solves Mystery Why Lightning Strikes Fewer Times Over The Ocean...
Tourism In The Holy Land Is Soaring Back Up To Pre-Pandemic Highs
Lapid Speaks Directly To Palestinians—Offers Them “Another Way” Out Of The Ongoing...
Home News US Embassy Jerusalem to Expand

US Embassy Jerusalem to Expand 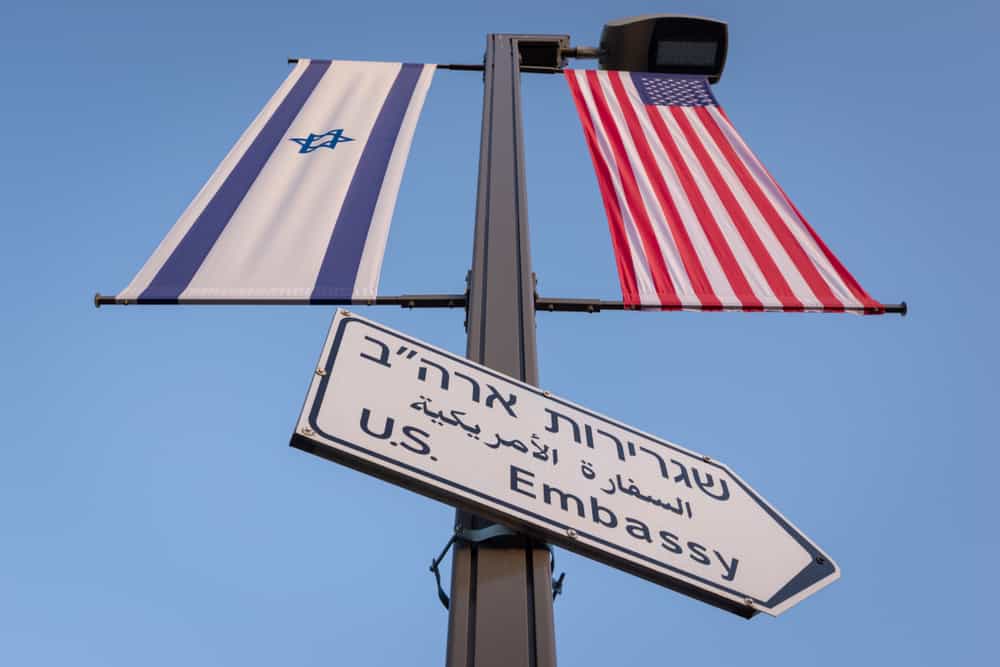 Just as the USA was the first nation to recognise the newly declared State of Israel in 1948, 70 years ago it became the first country in the world to recognise Jerusalem as Israel’s capital, in 2017, finally moving its embassy to the Holy City earlier this year. This move was widely celebrated by Bible-believing Christians. Now the US Embassy Jerusalem is about to expand.

“A subcommittee of the Jerusalem Municipality has approved plans to expand the American embassy in the city,” writes Barry Segal who is on the ground in Israel. “The expansion plan includes the addition of office space and service areas, and in effect includes changes that will expand the work area and activity of the embassy and allow more employees to operate from Jerusalem.”

Barry quotes Jerusalem’s Mayor Nir Barat as saying that “this is another stage in establishing the status of the embassy in the capital of Israel, which will strengthen the connection between Israel and the USA and, in particular, provide a tailwind to President Trump’s historic decision.”

US President Donald Trump recognized Jerusalem as Israel’s capital in December 2017 announcing his intention to move the Embassy of the United States of America from Tel Aviv to Jerusalem. This took place on May 14, 2018, Israel’s 70th Anniversary. The Tel Aviv building is now an Embassy Branch Office. The US  also maintains a Consular Agency in Haifa.

Since the historic US Embassy Jerusalem opening, Guatemala and Paraguay have also relocated their embassies to the Israeli capital and the Czech Republic and Moldova are in the process of following the American example.

“Praise the Lord, O Jerusalem! Praise your God, O Zion! For He has strengthened the bars of your gates; He has blessed your children within you.” (Psalm 147:12-13)

Barry and his wife Batya head up Vision For Israel and the Joseph Storehouse in Israel. Barry also hosts Roots and Reflections on GOD TV.

Become a Watchman on the Wall. Get the latest news from Israel
and pray more effectively. Register for The Israel Insider