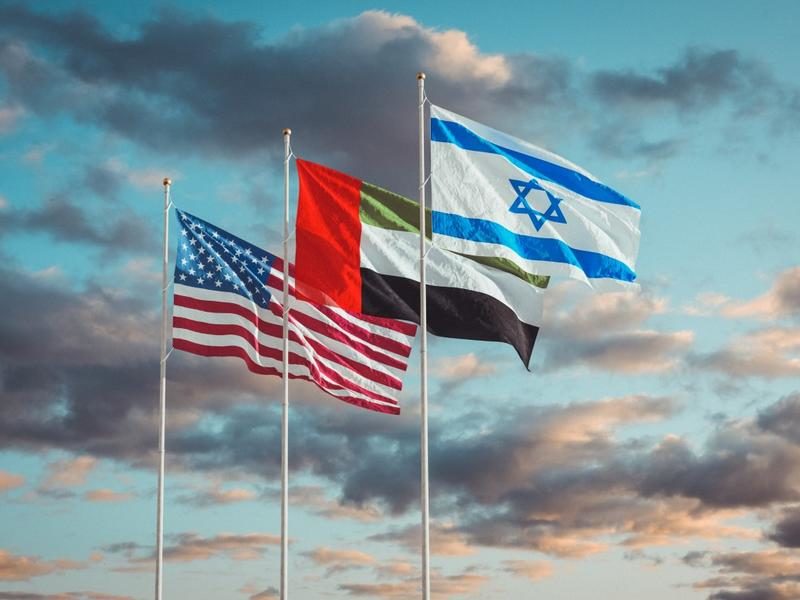 The US, Israel, and the United Arab Emirates (UAE) on Tuesday announced the establishment of the Abraham Fund, which fulfills a commitment made in the Abraham Accords signed on the White House lawns last month.

Through this fund, the US International Development Finance Corporation, the UAE, and Israel will mobilize more than $3 billion in private sector-led investment and development initiatives to promote regional economic cooperation and prosperity in the Middle East and beyond.

Other countries were invited to advance these objectives, a statement by the US Embassy underscored.

The Abraham Fund was unveiled as the first official UAE delegation to Israel disembarked from their flight at Ben Gurion Airport for a trilateral summit, attended by Prime Minister Benjamin Netanyahu, US Secretary of Treasury Steven Mnuchin and UAE Minister of State for Financial Affairs Obaid Humaid Al Tayer.

“This initiative is an integral part of the historic peace accord signed by the UAE and the State of Israel with the United States’ support, and demonstrates the benefits of peace by improving the lives of the region’s peoples,” the US Embassy stated.

“It is a manifestation of the new spirit of friendship and cooperation between the three countries, as well their common will to advance the region,” the statement said.

The countries will trilaterally open a development office based in Jerusalem to identify and initiate strategic projects with a high developmental impact, including those that catalyze economic growth, improve standards of living, and create high-value, quality jobs.

The fund “will enable its members to launch people-focused investments, providing opportunity and hope for the region and its youth by enabling them to build a future that serves them and their communities,” the US Embassy explained.

The Abraham Fund “will tackle challenges facing the region and increase economic opportunity for everyone,” said Adam Boehler, CEO of the US International Development Finance Corporation. “We are excited to take this historic partnership to the next level to promote shared prosperity.”

UAE Minister of State Ahmed Al Sayegh added that the fund “reflects the desire of the three countries to put the wellbeing of people first, regardless of their creed or identity.”

The UAE “is confident the initiative can be a source of economic and technological strength for the region, while simultaneously improving the lives of those who need the most support,” he said.

Ronen Peretz, Director General of the Israeli Prime Minister’s Office, described the Abraham Fund as “an essential tool in the realization of the vision of our leaders to enhance regional cooperation.”

“It will support the ingenuity of our entrepreneurs, it will produce the necessary menu of financial tools and it will provide the facilitation of our governments. The combination of business, finance, and government is essential in the creation of projects on the ground.”

Israel, the United Arab Emirates (UAE) and Bahrain signed a historic peace agreement at the White House on September 15, the first agreement to be signed between Israel and an Arab country in 25 years.

For just $100 per month you can bring the gospel to 10,000 homes. Join us as media missionaries! GIVE NOW
VIEW COMMENTS
« Virginia Church Donates Over $1 Million To Churches & Organizations To Help In COVID-19 Relief Why Christians Must Enter The Fray As Peacemakers »