BREAKING
At Least 1 Killed, 22 wounded In Bombing In Jerusalem by “Organized...
United Arab Emirates To Include Holocaust Education In School Criteria
US Group Wants Israel To Become Key Hub For Medical Supplies, Replacing...
Home Articles US Marine Encountered Jesus In The Frontlines Of War And Became A Pastor 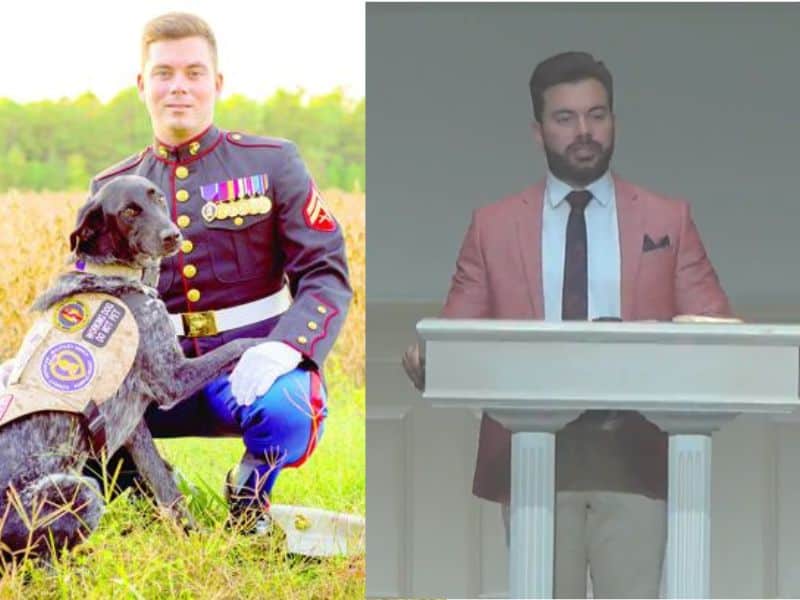 Brandon Blair decided to be a US Marine when he saw the need for his country during the World Trade Center attack on September 11. Despite his mother’s refusal, the college boy at the time was fueled by his passion. He successfully entered the army and got assigned as a machine gunner.

Before they were discharged to Iraq, an old man boarded the bus and handed out Gideon Bibles. He recalled, “I thought, well, that’s pretty cool. I loved the size and loved the color, and it matched our uniforms. It fit perfectly right inside of the left breast pocket of my uniform.”

Brandon looked at the small New Testament bible as a token of fortune, hoping it would bring him home. But, he did not expect what was waiting for him at the war field in Iraq.

The battle was so bad that helicopters had to deliver their food. The chaplain could only minister to the men once because improvised explosives were lying on the road.

“My chances of coming home were very slim,” Brandon said.

Indeed, he was not an exemption to the bullets.  In August 2006, a bullet pierced through Brandon’s chest. “I was shot in the chest,” he said. “And I was laying there in the sands of Iraq. All I could do was look up, and I begged God right there that he would spare my life.”

Then, God answered his prayers. Doctors credited Brandon’s survival as a miracle. Although he sustained a deep injury, he had no internal bleeding.

And as he recovered inside the makeshift hospital, Brandon got depressed as he received news that his fellow soldiers and friends were dying from war.

He shared, “My heart was broken. I entered into the lowest point of my life. I’m in a hospital room with no one to talk to. There was no one there in isolation. My fellow marines are out fighting, getting injured, and dying. And I could do nothing about it. At that point in my life, I had never experienced depression, but I was in a pit of depression and didn’t care if I lived or died.”

Then, he remembered the Bible secured in his pocket. He reached out to it and started reading Psalm 40. And as he turned every page, it ministered to his situation deeply.

Right there and then, he received Jesus as Lord and Savior.

Today, he ministers to others with his testimony and the testimony of the Lamb. He became a pastor, gladly serving the flock of Jesus in Langston Baptist Church, South California.

“The Marine Corps gave me a purple heart, but God gave me a brand-new heart,” he declared.