Vast 5,000-Year-Old City, One of the First and Largest in Near East, Uncovered in Israel | God TV
Israel 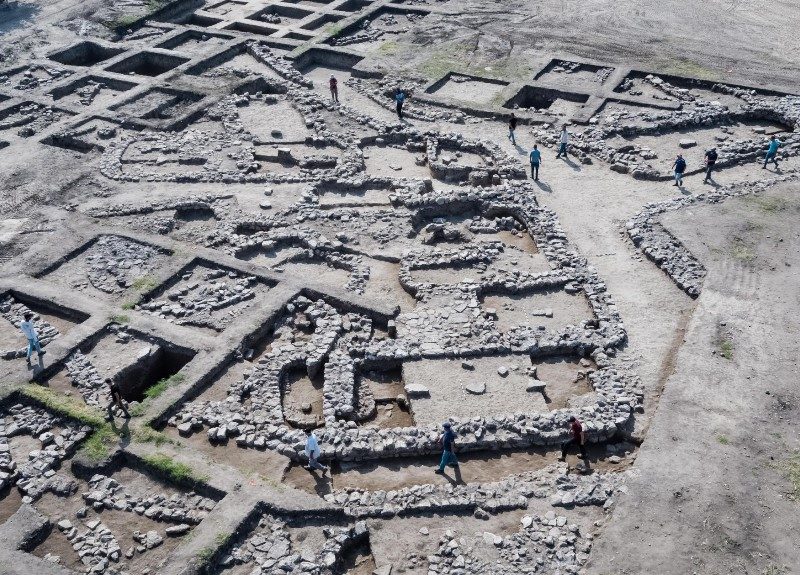 A massive 5,000-years-old city, the largest and the most central ever uncovered in Israel, that was built on top of a 7,000-year-old town and which “dramatically changes what we know about the character of the period and the beginning of urbanization in Israel,” was chanced upon by Israeli construction workers who were developing roads to the city of Harish in northern Israel.

The excavations, conducted by the Israel Antiquities Authority (IAA) over the past two and a half years in the Ein Iron area of northern Hasharon, revealed a city stretching over 650 dunams that accommodated some 6,000 inhabitants.

Widespread excavations at the En Esur (Ein Asawir) archaeological site reveal a planned Bronze Age city that exited around the end of the 4th millennium BCE, surrounded by a fortification wall, with residential and public areas, streets and alleys and an immense temple.

An even earlier settlement, dating to the Chalcolithic period 7,000 years old, was uncovered in a deeper excavation made beneath this city’s houses. It seems that two abundant springs originating in the area in antiquity were the reason for the site’s attractiveness.

Itai Elad, Dr. Yitzhak Paz and Dr. Dina Shalem, directors of the excavation on behalf of the IAA, said that “there is no doubt that this site dramatically changes what we know about the character of the period and the beginning of urbanization in Israel.”

“This is a fascinating period in the history of the Land of Israel” during which the population underwent changes altering its face completely and the rural population gave way to a complex society living mostly in urban settings, they said.

The researchers explained that the city constitutes the “first steps of Canaanite culture consolidating its identity in newly established urban sites; hence the immense importance of the ancient city.”

They further estimated that such a city could not have developed without having behind it “a guiding hand and an administrative mechanism,” namely the Egyptian empire.

The city’s “impressive planning, the tools brought to Israel from Egypt found at the site, and its seal impressions are proof of this,” they said.

“This is a huge city – a megalopolis in relation to the Early Bronze Age, where thousands of inhabitants, who made their living from agriculture, lived and traded with different regions and even with different cultures and kingdoms in the area,” they elucidated.

In the public area of the city, archaeologists discovered an unusual ritual temple striking in its dimensions, and in its courtyard a huge stone basin for liquids used during performances of religious rituals. A facility containing burnt animal bones, evidence of sacrificial offerings, as well as rare figurines were uncovered inside the temple.

“These findings allow us to look beyond the material into the spiritual life of the large community that lived at the site,” the archeologists added. “These surprising findings allow us, for the first time, to define the cultural characteristics of the inhabitants of this area in ancient times.”

They found that the inhabitants earned a living from agriculture based on the nearby springs. The remains of residential buildings, diverse facilities and the public buildings are an indication of the organized society and the social hierarchy that existed at the time. The excavation revealed millions of pottery fragments, flint tools, and basalt stone vessels that were brought to the site.

The IAA has plans to further excavate and study the site, ahead of its eventual opening to the public.

Approximately 5,000 teenagers and volunteers participated in the excavations as part of the IAA’s Sharing Heritage Project, which aims to “create an emotional and experiential connection to the past and cultural heritage, develop a sense of belonging to the land, and an awareness of the importance of preserving its antiquities.”

For just $100 per month you can bring the gospel to 10,000 homes. Join us as media missionaries! GIVE NOW
VIEW COMMENTS
« 5,000 Christians On Way to Jerusalem to Show Solidarity with Israel Intimacy With God, Really? »