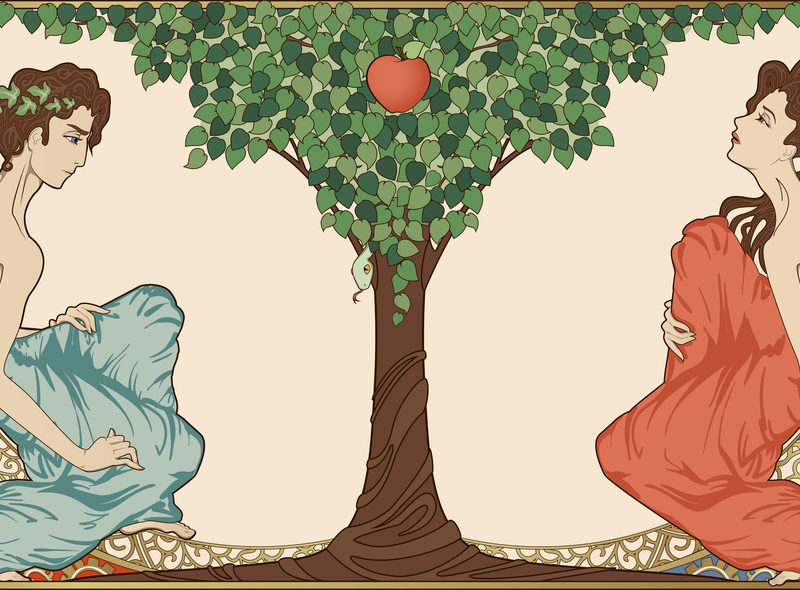 Man’s Will is God’s Gift

The greatest gift of liberty given to mankind after creation in the beginning is ‘the will’. God refused to make a zombie out of mankind; He rather gave mankind the free will to choose even though he showed man what the right choice was. God told Adam’s household in Eden not to eat the fruit from the tree of knowledge of good and evil by choice. Doing the will of God will help them to perpetuate the light of life. This light of life was called into existence by God at the beginning of the re-creation for all the inhabitants of the earth. Choosing otherwise would mean death, with darkness given another foothold on earth.

Adam and his household representing mankind at large, made the wrong choice and we all know the rest of the story. Gen.3:1-24. God was being just and fair to all creation for allowing personal will to play a major role in determining the destiny outcome. Lucifer was not sent out of the presence of God to became what is known as the devil today because of sin of adultery, fornication or such. Lucifer’s undoing was the compromise of ‘his will‘ with iniquity. Once his free will was compromised in his heart, it was game up for him among the angels of light in the realm of heaven. Isaiah 14:12-16.

There is a Choice to be Made

Even when the will of God is good and perfect and chosen for you in eternity by the goodness of divine providence as it was for Jacob before he was born, you still need to willingly chose it yourself in order to make it a reality on earth. In grace and mercy, God will help you to will and do the needful for his good pleasure but God will not make the choice in proxy on your behalf.

The strength and importance of human will are painted in a common saying that, “You can lead a horse to water but you can’t make him drink”. It is so true in describing the weight attached to the will given to us in determining our destiny here on earth and even in eternity. The crisis of will became increasingly pronounced in succeeding generations after Adam up till date. The war between goodwill and bad-will, to kill or spare alive, to rise or give up and so on, is a continuous war in every natural man.

The War of Will

The war of will in choosing between God and Baal, God and mammon were common with the people of God in the Old Testament. The wars of where to pitch one’s will between the flesh and the spirit, between the World and Zion were also emphasised in the New Testament. The Lord described the thoughts in the heart of a natural man, which is just a fountain from the throne of his will, as continuously evil beyond comprehension. The increasing spate of hatred and evil doings among mankind, in spite of civilisation, in-spite of various rigorous measures we have developed to rein in sanity and yet to little or no avail, is a testimony to the level of corruption in natural man’s will.

To put it clear and simple, every natural will is compromised when it comes to pleasing God. Religion cannot cure the will of man. Paul was a religious zealot who would kill for his belief without a blink of sympathy. The same Paul had this to say regarding his compromised will just like it is in any other natural man. “The Good I will want to do, I could not but the evil I wouldn’t want to do I find myself doing”. Romans 7:13-24.

It was in Gethsemane where Jesus offered prayers with tears and strong crying to him who was able to save him from death, even God. It was there he was heard because he feared. Hebrews 5:6-8. But in reality, Jesus did it for your sake. He didn’t need to die if not for your transgression in the first place. Isaiah 53:6. Jesus had to compromise his own will for the father’s goodwill by submitting himself to the death process in that garden that night. Once Jesus said “not my will but your will be done,” the process of de-compromising human will was triggered and healing started in earnest for the compromised will of mankind.We finally lost rebellious mind and the evil will which was inherited in Eden at the garden of Gethsemane.

Confusion is an integral part of human compromised will, especially when it comes to doing the right thing in God.The power of confusion lost its grip on all believers in that same ‘Garden of Wills‘ called Gethsemane . Now we can chose or ‘will‘ God’s goodwill at will and without struggle. We can henceforth choose aright and follow the right path in life. There is now a platform to resolve every conflict of choice in our will and get back on track whenever our will runs contrary to God’s will. We have been given the ability and enabling power to refuse the will of Satan and his agents and stop their plots in its track. We are now free from the lies of the devil that it is had to please God and impossible to do His will.

Every Part Is Now Willing

A believer is no more in that position of the common saying that “the spirit is willing but it’s difficult for the flesh”. The dominant entity in us now is the willing regenerated spirit given to us through Christ. We can now boldly say that it is God that helps us to henceforth will(chose) and do his good pleasure. Philippians 2:13.

Now you are able to and you will say yes to the will of God.

For just $10 per month you can bring the gospel to 1,000 homes. Join us as media missionaries! GIVE NOW
VIEW COMMENTS
« The Scent Of Self-Pity The Message And Power Of The Holy Cross »