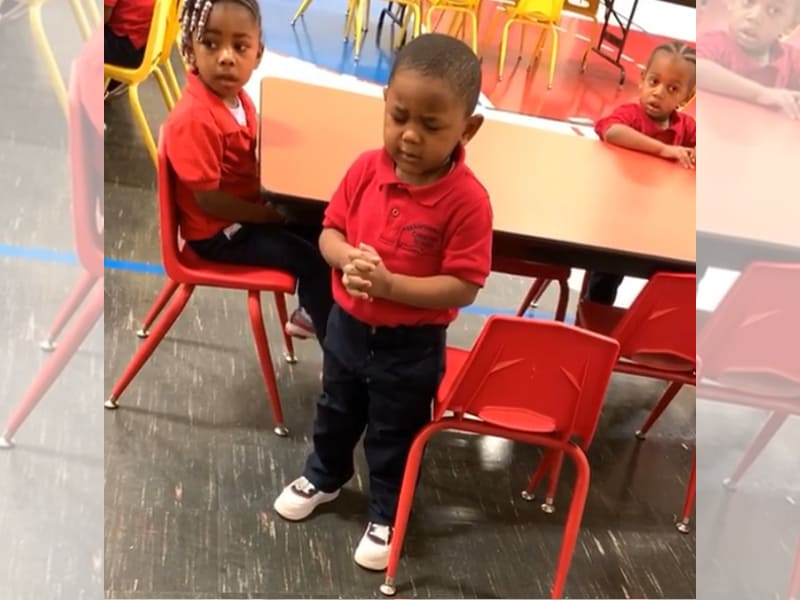 You shouldn’t miss watching the adorable viral video of a 3-year-old kid who blessing the food for his class. His proud mother posted on Instagram this memorable moment!

The boy in the viral video is Makhi who attends pre-school at Transformation Christian School. He recently turned three-years-old. The video went viral as he said grace over the food for his class and it just happened to be captured on video.

His mother, who was so proud of her son, posted on Instagram to share the moment and the video quickly went viral!

Makhi’s mother captioned the video with: “You getting so big now and you making me so proud ???? I really do adore this kid! It don’t get no better than this #MakhiTakes3”

The video has reached over 57,000 people on Facebook and has now over 2.8 million views. Countless people were praising Makhi after watching the video.

“Bless the teacher who was able to hear exactly what he was saying. This warms my heart,” one comment on Instagram said.

Some of those who commented were also inspired by the faith of this sweet little boy.

“Father God, bless this sweet child and his family, who clearly love and worship your holy name. Thank you for sharing his example with me today. In Jesus’ name, I pray. Amen,” one commenter wrote.

“Thank you for this gift and allowing his childlike wonder to bless my year,” another comment said.

The Oprah Magazine also shared the video with the caption: “You’re about to have a blessed day because of this little guy.”

This little guy has touched millions of hearts. Watch what God is doing through the mouth of babes!