WATCH: Worship Leader Turned Winner of The Voice Credits A Step Of Faith For Unfathomable Success 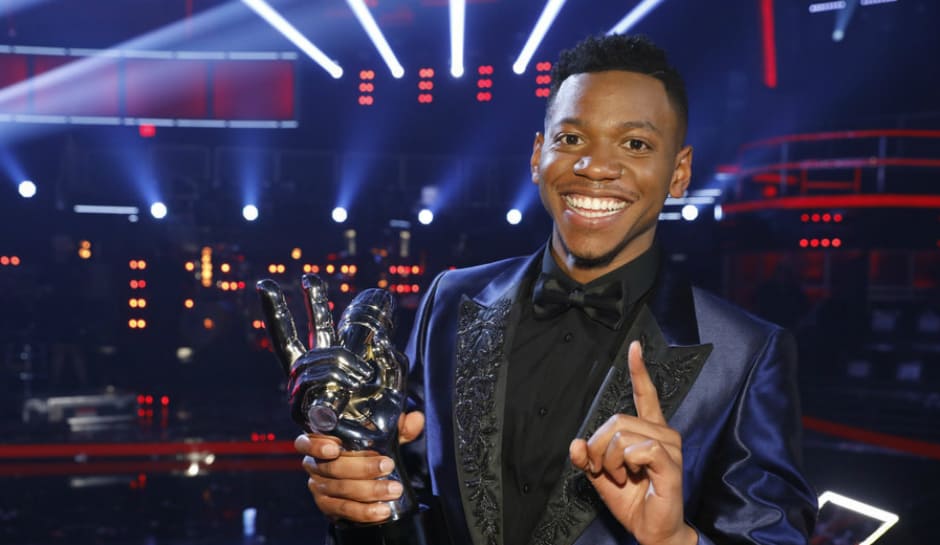 A humble worship leader at Cokesbury United Methodist Church in Knoxville, TN, Chris Blue never dreamed that he would become the next winner of “The Voice” – a feat that carries with it a $100,000 prize and a record label. But sure enough, in the closest final vote in the history of “The Voice,” host Carson Daly announced that Blue had edged out Michigan-native Lauren Dusky for the title. Before Blue began his tearful acceptance speech, he pointed up to his Heavenly Father, the One who had encouraged him to step out in faith and audition for “The Voice.”

But even after his incredible win, Blue retained his humility, which was evident in his post on social media: “Omg I CAN’T BELIEVE THIS IS REAL!!!! Faithfulness rewards!! Life has had its struggles and the obstacles have had their days of victory but we NEVER quit!!!!”

To comprehend the gravity of his triumph, you must first understand the lows that this inspiring 26-year-old had endured with the help of God’s faithfulness. Here’s his story.

Life Is Too Short

After Alicia Keys jumped at the opportunity to accept Blue onto her team during his blind audition, Blue revealed how God had been working in his life. Accompanied on stage by his mother and fiance, Blue emotionally recounted his young fiance’s battle with aggressive bone cancer.

His London-based fiance, Stephanie Dunkley, underwent a bone marrow transplant to save her life. But during this invasive procedure, she flatlined. Blue stood by her side and prayed incessantly for her to return to him. Through a miraculous healing, she did. Right then and there, he vowed that he would “never let her go” again and proposed to her.

Through this challenge, God moved in the heart of this young singer. He now understood that life is too short to waste it on a fear of failure. He felt God calling him to audition for “The Voice.” Even though he continued to question God about whether he should step out in faith, God repeatedly confirmed in his heart that this was the right move. God’s call on his heart was the impetus for his audition.

Throughout the season, Blue opened up about his relationship with his fiance, emphasizing that winning would mean the world to his still-recovering fiance. Even before the final show aired, his coach Alicia Keys said, “It would mean so much to see Chris win this.”

During the finale, Chris and his Usher sang “Everybody Hurts” as a tribute to the victims of the Manchester Attack.

As the votes were totaled and the two performers waited to hear the results, the audience held their breath in anticipation. When Blue emerged as the winner, he gave all the credit to God.
With the $100,000 prize, Blue plans to give his fiance the wedding she deserves. In the coming years, we will likely see much more of Blue, who now has the resources to launch a stellar career.

Blue’s story confirms that as long as you retain hope through the ups and downs of life, God can turn a little step of faith into a big, earth-shaking deal. As Blue so simply and elegantly stated, “Faithfulness rewards!”