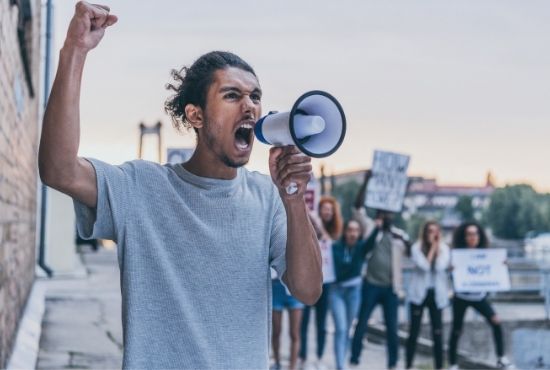 GOD TV CEO Ward Simpson shared God’s love to a street preacher with a megaphone who was declaring that people are going to hell.

While Ward Simpson was walking on the streets of Pensacola, Florida, he happened to pass by a street preacher. The preacher was standing on a busy street with a megaphone and he was telling people that were passing by that they were going to hell. He was trying to scare people to share the Gospel with them.

After a few laps around the block, Ward finally decided to stop and talk to this man. The street preacher initially accused him of being a “back-slider Christian,” and tried to scare him about going to hell. Then Ward warned the man that though his intentions were correct, his ways were not effective. He told him that no one will come to Jesus with the message that he is preaching.

“While your message is Biblically sound, your method is harsh, it’s obnoxious, and I don’t think you’re making any progress with anybody that’s listening. I don’t think anybody’s going to come to Jesus through your message,” He said to the man.

He then continued to share what the real love of God is and why should people come to Him.

If we want to bring people to Christ, the first thing we should do is be real. Let’s be real with our testimonies and message and just let the love of God flow to them.

“God wants us to be real… God’s looking for real people who would be real to other people. You don’t need to be fake.”