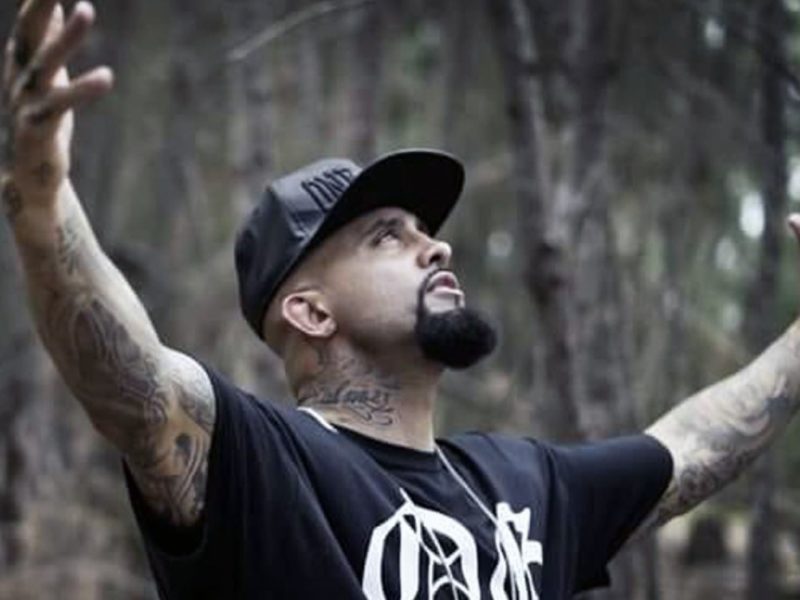 Growing Up on the Streets

Rene Martinez, known on the streets as Level, grew up with the odds stacked against him. He became a gang leader where sex, drugs and violence were the norm for him. He told Fox News, “I lived a very crazy life, I did some horrible things in my life that I know it’s only by the grace of God and His mercy that I’m alive and free…I was gang affiliated from the 80’s to 2012. I’ve seen a lot of people die in front of me. And I’ve been through a lot.”

Continuing, he was talking about the demons that plagued his life. His mom sacrificed animals over him, and he said, “It’s just demonic. I started seeing demons when I was a kid. They haunted me my whole life.”

As he was combatting his own demons, one evening he found his mom attempting suicide. She was committed into a hospital and began healing. But then at a church retreat she accepted Christ as Lord and Savior. Being born-again, she quit drinking and smoking marajauna, beginning to pray for her son. But he dismissed her new life in Christ as being crazy.

Joining a gang as a young teen, catching up to him at 14, he was in a coma after being shot. Then at the age of 15 on Halloween night 1989, he started the Latin Syndicate gang which grew to over 300 members, terrorizing the streets of Miami. Then at 16 years-old he was in jail for attempted murder. But things changed when he became a father.

The Fight for His Life

He told CBN News, “I saw a lot of my friends die and I got like close to 50 dead friends and the rest of them are doing life in prison. I mean like I was involved in gangs ever since I was a little kid. And I started gang banging in 1989 and I did it all the way until 2011.”

He turned to bare knuckle fighting and mixed martial arts to support his family. His professional bouts took him around the world, competing with the late Kimbo Slice. And fighting three-time world champion Ricardo Mayorga. But he knew something was missing in his life.

He then had a dramatic spiritual experience in his garage. Level said, “One night I was writing lyrics, cause I used to do gangsta music too, and I had this encounter with Jesus Christ…He told me, ‘I spared you for such a time as this; either you come to me now or I’m going to take my hedge of protection off you.'”

Seeing his entire life flash before his eyes, he saw the times he had guns in his face, when bullets whizzed by. And he saw all his friends that died. He then said, “God set me free for a reason. I repented right there.”

Instant Change Through the Waters of Baptism

Obeying Scripture, he was water baptized, believing everything changed in that moment. Level said, “When I went in the water, this was April 10, 2016, that day shifted my life. I ain’t never been the same. Something incredible in my life happened that I can’t explain. It was Jesus, only Jesus can do it.”

Now he goes from street to street, and hood to hood preaching the gospel. He also said, “I take the tub on top of my truck and I baptize them according to Acts 2:38 in the name of Jesus Christ for the remission of sins and the gift of the Holy Ghost. And I do it right there in the projects.”

One of the first people he led to Jesus was a Latin Syndicate friend of his. He said, “I gave him the Word and he got baptized and I started discipling him. He’s on fire for God right now. He grew up in the projects, but now he’s in Washington State praising God in the mountains.”

Now, Level released a documentary on his life and ministry called, The Warrior Level. He told Fox News, “People used to call me the Notorious Level. No, I’m the Warrior Level. I’m a warrior Level for Christ.” Saying, “I was on the road to Damascus and Jesus showed up, Saul to Paul, that was me.”

He is currently planting a church and discipling people who are coming out of prisons and gangs. He said, “No matter what situation you’re going through, no matter how hard you think life is, there’s a way out. Because there’s a lot of people that didn’t wake up today, that are dying right now, and you have a chance to come out of the darkness right now and serve the Lord Jesus Christ.”

Watch the full documentary on the warriorlevel.com

For just $100 per month you can bring the gospel to 10,000 homes. Join us as media missionaries! GIVE NOW
VIEW COMMENTS
« Encounter God This Holiday Season With Banning Liebsher and Jesus Culture GOD TV Christmas Challenge: DAY 11 »