Was Serena Williams Treated Unfairly Because She Is a Woman? | God TV
Articles 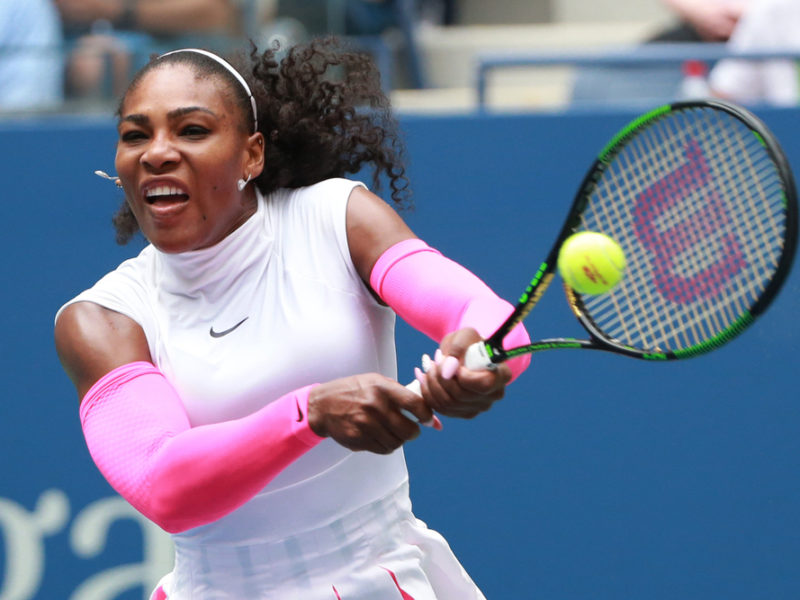 Serena Williams is one of the greatest athletes of this generation, male or female. Her tennis accomplishments are second to none, and to compete for a Grand Slam title at the age of 37, one year after giving birth to her first child, is also a remarkable achievement. None of that is in dispute.

What is in dispute is whether a tennis official treated her unfairly because of her sex.

In my view, the way she was treated had nothing to do with her gender, and to make this into an issue of women’s discrimination is to miss the point and to diminish the cause.

Are women sometimes treated unfairly or held to a different standard, be it in sports or the larger society? Without a doubt.

For a case in point, USA Today askedon August 12, 2016, “Why do women beach volleyball players wear bikinis while men wear shorts and tank tops?” The answer? The women are required to wear these skimpy bikinis.

If that’s not sexism, nothing is.

But that is not the question here. It is whether Serena Williams was treated unfairly this past Saturday because she is female.

To answer that question, we need to review the facts.

For those who missed the event on Saturday afternoon, here’s the short version. During the second set of the match with 20-year-old Naomi Osaka, Serena was warned by the umpire that her coach, sitting in the stands, appeared to be coaching her. This is illegal in Grand Slam match play and some other settings.

She reacted with anger and shock, but this was just a warning and nothing more.

Serena and the umpire then had a civil conversation during a break, where she explained that she is not a cheater and did not even see her coach at all.

A few minutes later, after she lost a game, she smashed her racket in frustration, which resulted in her losing a point.

This deeply upset her, after which she brought up the coaching accusation again.

Then, after another few minutes, and without provocation, she verbally attacked the referee once more, at which point he penalized her an entire game. This was an extraordinary move, but one that was in complete accordance with the rules.

First, a warning; then a one-point penalty, then a game penalty. In fact, the TV commentators mentioned that she could be penalized a game if she violated the rules again.

It was at this time that Serena called for other senior officials to come out and arbitrate, claiming that this only happened to her because she was a woman. Yes, she fumed, she’s heard men say much worse without penalty. She was being discriminated against because of her sex.

Again, with all respect to her massive athletic achievements, and with acknowledgement that women are sometimes unfairly treated, I do not buy into her accusations one bit.

First, it was her coach, a male, who was guilty of using hand signals to send her a message, and the referee rightly noticed it. He simply issued a warning, which was proper. (Serena remained adamant that she was unaware her coach gave her any signals, and I have no reason to doubt her. Her coach, for his part, admitted that he did give her signals.)

So, a male coach violated a rule and the player he was coaching received a warning. This is hardly sexist.

Second, Serena was playing against another woman. If the referee treated her unfairly, it would have benefited another female. How was this discriminating against a woman?

The initial guilty party was male. Any penalties inflicted on Serena would have benefited another female. How in the world was this an instance of sexism?

Third, Serena must know that plenty of male players receive penalties for smashing their rackets on the courts. And does she genuinely think that if Naomi Osaka broker her racket she would not have been treated the same way? (If not, why not? Remember: They are both females.)

Fourth, the umpire was simply playing by the rules, as he has been trained to do. (He is what is called a Gold Badge umpire, meaning, that he is one of the most qualified in the business.) It was Serena Williams who could not drop the matter, who felt the need to continue to assault him verbally, who ultimately shot herself in the foot.

In her view, while her protests failed in the match itself (which she lost), this will help the next female tennis player. (This is like the argument that a baseball coach has with an umpire over a call that will not be reversed. He’s arguing with the hope of better calls in the future.) Maybe Serena was mistreated, but the next woman will not be.

In my opinion, she has turned reality upside down, making her cause look worse, not better. In other words, by claiming sexism when it is not there, she is crying wolf. This makes it more difficult to see sexism when it is there – and, to repeat again, it certainly is there.

But when an athlete of Serena’s magnitude excuses her temper tantrum in the name of women’s discrimination, she diminishes her stature and weakens her cause.

When she spoke graciously to the referee during that first break, explaining that she understood how things looked but she was hurt to be called a cheater, she became much bigger.

Integrity mattered to her. This woman does not cheat and she does not need do. That’s why she was so upset.

When I heard her say those words, I understood her and I appreciated her. This was about character, and she calmly staked her claim.

As the greatest women’s tennis player in history, it’s that kind of role model we need to see.

Serena, you are a champion, you are a mother, you are one of the greatest competitors of your generation. Can you find it in yourself, to retract your charges and recapture that higher moral ground?

For just $100 per month you can bring the gospel to 10,000 homes. Join us as media missionaries! GIVE NOW
VIEW COMMENTS
« Jehovah’s Witnesses Try To Convert Francis Chan, Until He Gives An Answer That Makes Them Run Away God is Moulding His People Despite Shifts in the Earth »