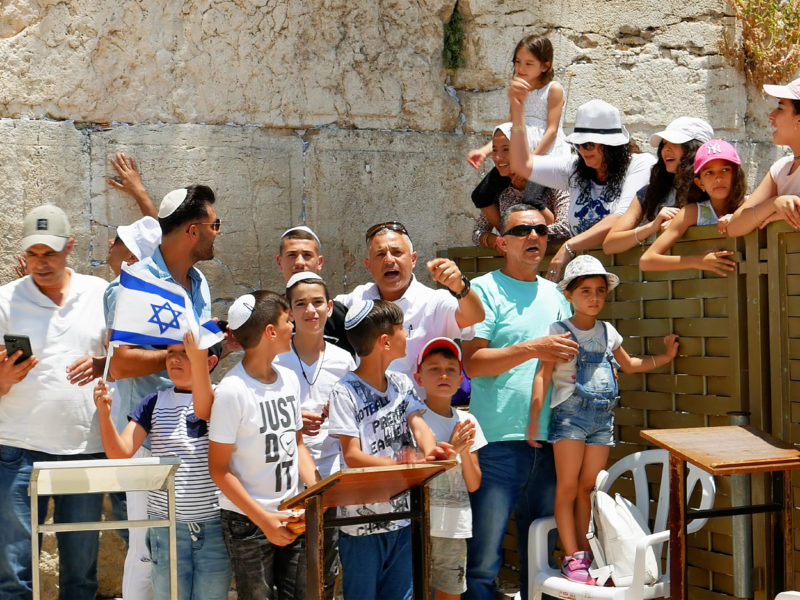 Two Jewish Yemeni families were united with their relatives whom they have not seen for decades, with the help of the United Arab Emirates (UAE).

The first family of 15 members was reunited in Abu Dhabi on Sunday after UAE authorities facilitated the travel of family members from Yemen and London.

Yitzhak Fayez, 35, told the Emirates News Agency (WAM) that he had not seen his grandparents and uncle since he was a child, after moving to the UK from Yemen.

Fayez’s grandfather, grandmother and uncle were flown in from Yemen, as he and 11 family members, including five great-grandchildren, flew in from London.

“The last time I saw them was as a child,” he said. “They are today meeting their great-grandchildren for the first time.”

“Today, the UAE made my family’s dream come true after we had lost hope on getting reunited, after 21 years of separation,” he added.

The family was kept apart due to the situation in Yemen and financial difficulties.

Fayez further expressed his gratefulness for the solidarity and support they have received from UAE leadership.

Fayez’s mother, Losa Fayez, said that what happened had put an end to 21 years of suffering, while Soliman Fayez, the grandfather, and Sham’a Soliman, the grandmother, said she was elated over the family reunion in Abu Dhabi, describing the moment as one that will forever remain indelible in her memory.

The second family, the Salem family, was also reunited on Sunday after being parted for 15 years.

Haron Salem, his wife, and two children were flown in from Yemen to meet their relative who lives in Abu Dhabi.

“Words cannot express how grateful we are to the UAE. We are very happy being here reunited with our family members. The UAE is truly the homeland of love, tolerance and peace,” he said.

Some 50 Jews remain in Yemen, including approximately 40 in Sana’a, where they live in a closed compound adjacent to the US embassy and enjoy the protection of Yemeni authorities. They have chosen to remain in the country without Jewish communal or organizational infrastructure.

More than 51,000 Yemenite Jews have immigrated to Israel since the country’s establishment in 1948.

Attacks against Jews in Yemen have sharply increased since 2008, when Jewish teacher Moshe Ya’ish Nahari was murdered in Raydah.

In 2012, Aharon Zindani was murdered in Sana’a and a young Jewish woman was abducted, forced to convert to Islam and forcibly wed to a Muslim.

As Yemen has descended into civil war and the humanitarian situation in the country has worsened, the Jewish community has found itself increasingly imperiled.

The Jewish Agency has undertaken numerous covert operations to spirit Jews out of Yemen and bring them to Israel, rescuing some two hundred in recent years.

For just $100 per month you can bring the gospel to 10,000 homes. Join us as media missionaries! GIVE NOW
VIEW COMMENTS
« God’s Word For You Today: Jesus Is Fun Shelanu TV, Reaching Homes With The Good News Of Yeshua »