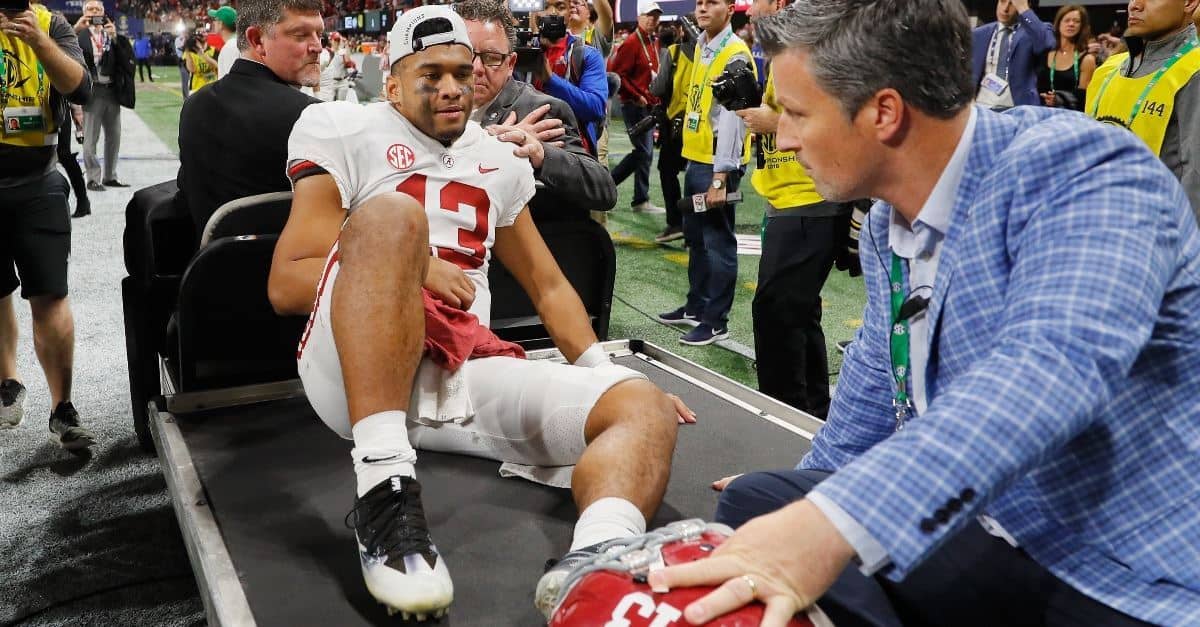 On Saturday’s college football game between Alabama and Georgia, one player, Alabama Quarterback Tua Tagovailoa injured his ankle which caused him to be taken off the field during the fourth quarter. According to the Sports Spectrum Magazine, he underwent immediate surgery because of the injury.

However, before he was taken to the hospital, Shaun Alexander, former running back for the Seattle Seahawks and Washington Redskins, greeted the college player while he was on his way to the locker room. What’s more surprising is that Shaun did a very wonderful thing a follower of Jesus would do. He brazenly prayed for Tua’s injury.

This powerful moment was not captured by national television cameras as they were covering the game. Instead, the sports anchor of WVTM-13, Kyle Burger, tweeted what he captured.

The video reveals Shaun intentionally greeting Tua to pray for him.

The Former NFL running back was a big name during his time for nine years. According to the Sports Spectrum Magazine, he went to three Pro Bowls, won a league MVP award and starred with the Seattle Seahawks from 2000-2007, appearing in Super Bowl XL.

But no matter the fame and the professional achievements, he has always called himself a man of God first.

Tua Tagovailoa, a sophomore at Alabama and a Heisman Trophy candidate, is also a devout Christian.

As CBN News reported, Tua, like Shaun has received praise for boldly demonstrating his love for God whether it may be on or off the field.

As Tua Tagovailoa is carted off the field after the game, former #Alabama great Shaun Alexander takes a moment to pray with him. #RollTide @Tuaamann #SECChampionship pic.twitter.com/5vQu7qP27C