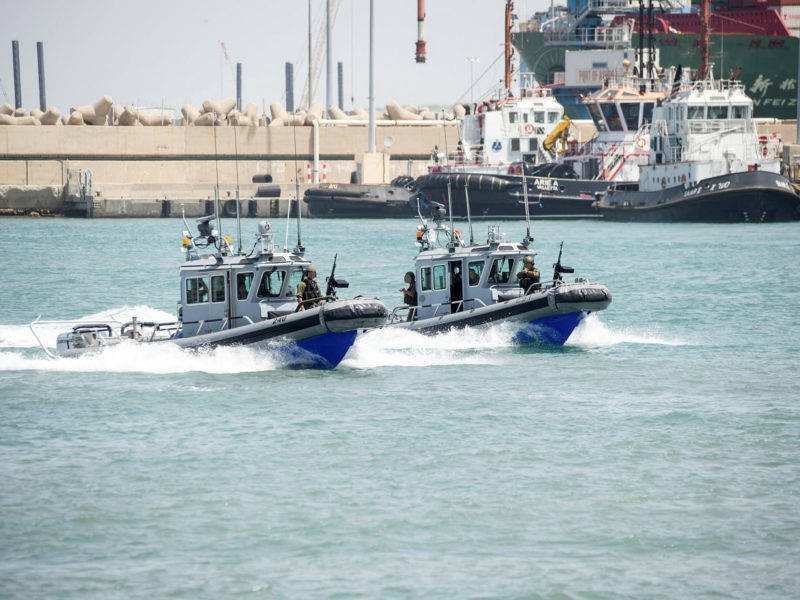 Israeli forces were successful in thwarting an attempt by Gaza-based terrorists to smuggle weapons into the Strip a few weeks ago, the Shin Bet (Israel’s Security Agency) revealed Wednesday.

Following a Shin Bet operation to track smugglers, the Naval Control Unit identified a suspected vessel and directed Navy troops towards it. Following a chase, the vessel was stopped, and two terrorist operatives were arrested for interrogation by the Shin Bet.

The terrorists admitted during their questioning that the weapons were intended to be used by Hamas’ Naval Commandos.

In addition, details of Hamas’ maritime smuggling operations, smugglers’ details, and other details on Hamas’ military buildup were revealed during their questioning.

One of the captured terrorists is Mahmoud Bachar, a senior smuggler working with the terrorist organizations in the Gaza Strip, and his capture is “a significant operational achievement,” the Shin Bet noted.

“This counterterrorism operation joins a series of operations aimed at disrupting Hamas’ intensification program in the Gaza Strip and significantly damaging its military capabilities, and is part of the ongoing effort to thwart terrorist activity of any kind against Israeli citizens,” the Shin Bet stated.

Since Israel decimated Hamas’ terror infrastructure during Operation Protective Edge in the summer of 2014, Hamas has been working to rehabilitate its networks and replenish its weapons stockpiles.

It has developed a diverse apparatus for the smuggling of weapons and materials used for its rocket production program into Gaza, including through the mail and the sea.

For just $100 per month you can bring the gospel to 10,000 homes. Join us as media missionaries! GIVE NOW
VIEW COMMENTS
« 200,000-Year-Old Fossils from Israeli Cave Change Our Understanding of Human History Israeli Minister of Science Invites United Arab Emirates to Fight COVID-19 Together »