WATCH: National Security Advisers of the US, Russia, and Israel Meet in Jerusalem | God TV
News 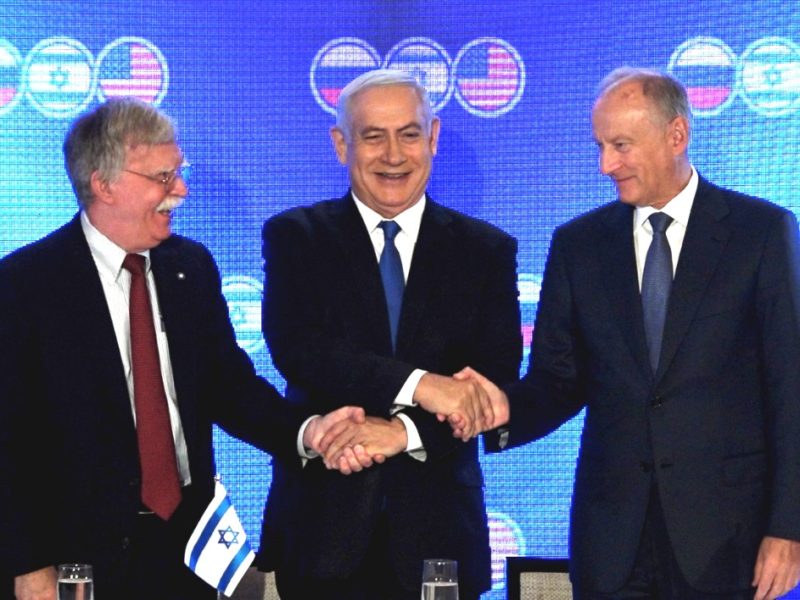 Prime Minister Benjamin Netanyahu on Tuesday hosted in Jerusalem what he termed as “a historic and unprecedented” trilateral meeting in Jerusalem between the national security advisers of the US, Russia, and Israel.

The three parties are focused on Iran’s presence in Syria, which is perceived as a threat to Israel, and the latest developments on Iran’s aggressive conduct in the region in general. Russia, President Bashar al-Assad’s patron, has significant sway on the goings-on in the war-torn country.

In comments to the media, Netanyahu stated at the start of the meeting that the summit was “historic because it’s the first meeting between our three countries’ national security advisors in our capital, Jerusalem.”

He thanked President Donald Trump and President Vladimir Putin for sending their most senior advisors.

“I deeply value the strong relationships that Israel has with both leaders and both countries,” he said,

He said that the focus of the meetings was “the challenge of how to bring security and stability in our immediate region. Based on our discussions, I believe that there is a wider basis for cooperation between the three of us than many believe. This summit represents a real opportunity to help advance that stability in our region, and particularly in Syria.”

“Israel will continue to prevent Iran from using the neighboring territory as platforms to attack us, and Israel will respond forcefully to any such attacks,” he declared.

“I believe that the outcome that I’ve just described – the departure of all foreign forces from Syria who entered Syria after 2011 – will be good for Russia, good for the United States, good for Israel, and may I add, good for Syria,” he added.

For just $100 per month you can bring the gospel to 10,000 homes. Join us as media missionaries! GIVE NOW
VIEW COMMENTS
« Will the Knesset Cancel the September Elections? Israel and Chile Boost Ties, Sign 8 Agreements »