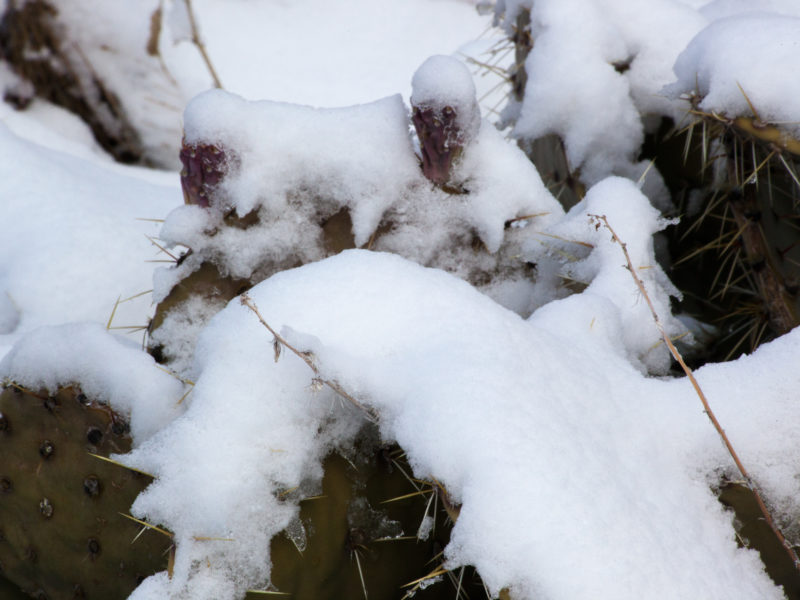 A powerful storm coming out of Europe generated a heavy snowstorm over several regions in Israel on Wednesday, including in Jerusalem.

The north, areas in Judea and Samaria and Jerusalem were covered with several inches of snow, the most significant snowfall since 2013.

In the coastal regions, the heavy rains caused some flooding, and the weather forecasters warned that the danger of flooding will increase in the coming day as the rains continue and as the snows thaw.

The Water Authority announced Thursday that the level of the Kinneret, Sea of Galilee, has risen by 8 cm in the last day as a result of the heavy rains. The sea’s level stands at 68 cm from the top red line, at which the country may open the Deganya Dam, for the first time in years.

Children across the country took advantage of the fairly rare occurrence and went out to play in the snow, build snowmen and participate in snow fights.

Hillel, aged 7, who experienced his first snowfall, said playing in the snow was “fun but freezing.”

He said the experience was “everything he expected it to be.”

Heavy machines deployed ahead of the storm worked through the night to keep the main routes clear.

For just $100 per month you can bring the gospel to 10,000 homes. Join us as media missionaries! GIVE NOW
VIEW COMMENTS
« “Road Trip to Truth” Program To Air On GOD TV New Ager Becomes A Follower Of Jesus »