Kathie Lee Gifford Makes Her Debut as a Film Director

The God Who Sees is a breathtaking short film based on the song of the same title, and is written by Kathy Lee Gifford and Grammy-nominated, Nicole C. Mullen.

Nicole is featured as the narrator and performer, as she journeys throughout the Holy Land recounting the stories of Hagar, Ruth and David during their wilderness experiences, and ending with Mary Magdalene in Jerusalem at the tomb of the Risen Savior, Jesus.

The film is a product of Kathy Lee’s “The Rock, The Road, and The Rabbi Foundation,” which she established through her heart for rabbinical study and her life-changing experiences in Israel, with a purpose to utilize the arts to produce films and music that will bring the glorious experience of learning Scripture from the Holy Land to a hurting world.

The Rock, The Road and The Rabbi

Kathie Lee established the foundation after being so strongly impacted by her trips to Israel in recent years. She decided to set up this non profit company to be used as an evangelistic tool seeking to share God’s Word and hoping to touch souls.

Her belief is that the Word of God, when studied in the land of its origin, with extraordinary rabbinic scholars, is the most transforming power she’s ever experienced. In light of that, she looks forward to using the arts to produce films and music that bring the glorious experience of learning Scripture from the Holy Land to a needy world. 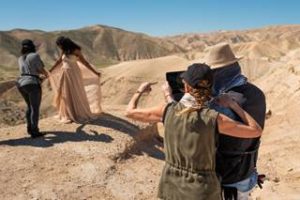 The God Who Sees is her first project. She co-wrote the song with Nicole, and Nicole performs it. They traveled to Israel in March 2019 to film, with Kathy Lee directing this powerful piece.

Kathy Lee’s hope is that “The Rock, The Road, and The Rabbi Foundation” will be a vehicle for friends who are similarly aligned in their desire to share the Gospel in a world that is in desperate need. 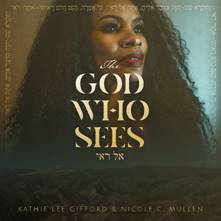 The song “The God Who Sees,” which quickly rose to the top of iTunes charts upon last week’s release, is also now available for purchase on iTunes.

For just $100 per month you can bring the gospel to 10,000 homes. Join us as media missionaries! GIVE NOW
VIEW COMMENTS
« Brian Welch – Jesus Says “Just Be Yourself” Greatest Asset in Marriage »