Water Out of Air Technology Makes Friends of Former Foes 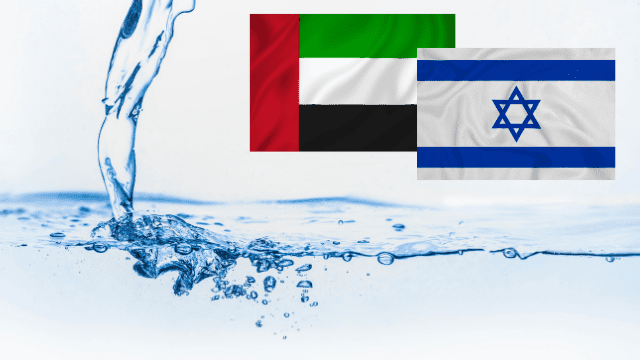 Thanks to the door opened last year by the historic Abraham Accords, an Israeli company, Watergen, is taking its groundbreaking technology that extracts water from the air to the people of the United Arab Emirates.

Watergen’s mission is to provide everyone in the world with clean, safe drinking water. Dr. Michael Mirilashvili, Watergen’s owner and president, also has a vision to turn enemies into friends.

Watergen has invented new heat-exchanger technology that cools air to dewpoint and extracts “up to five times more water per one kilowatt of energy than any other technology on the market,” according to Watergen co-CEO Michael Rutman.

The company has been working for six months in Abu Dhabi installing their machines. They range in size from a “genie” for the home or on-the-go in the car to its largest one, which can produce up to 1,600 gallons of water a day. Rutman says the company plans to introduce even larger machines, but not factories—their goal is to make water accessible closer to the need.

“The whole idea is to place as many small machines or medium machines all around the place and to create water where you consume it.”

Watergen has also signed a landmark agreement with an Emirati company, Al-Aahra Group, to do a water and agriculture research project in conjunction with the Ben Gurion University of the Negev.

It is estimated that a third of the world’s population doesn’t have access to clean, safe drinking water. Watergen machines are in 80 countries. They also announced plans to open a manufacturing facility in the UAE to eventually provide their products throughout the country, other Gulf States, and Africa. Watergen has also placed its machines in the Gaza Strip, powered by solar panels.

Israeli Ambassador to Abu Dhabi UAE, Eitan Na’eh, points to Watergen as a shining example of Israel working to build bridges to former foes. “It’s really a symbol of our relationship. We create water from air. We create relationships, we create contacts, we create business and trade out of animosity or indifference before. Friends out of enemies. This is what we’re heading for, hopefully.”