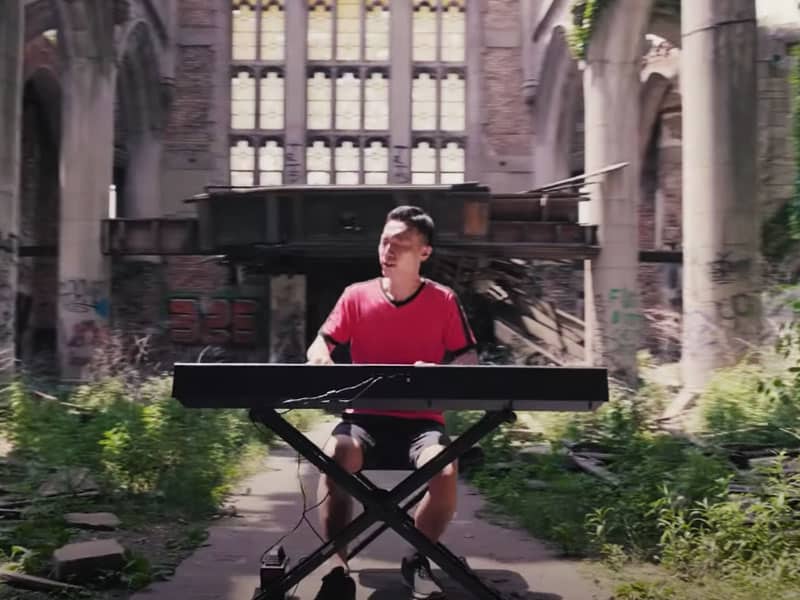 A man did a piano cover orchestra of the popular contemporary worship song “Way Maker” as if it’s an epic movie soundtrack; and it was so beautiful!

Christian YouTuber YoungMin You shared on his channel his piano cover for “Way Maker.” He wrote, “God’s provision was unreal for this video!!! I still can’t believe this location worked out so perfectly.”

Then he captioned it with words of encouragement. He said, “God touched my heart in so many ways during the creation of this video, and I’m praying that this piece is an encouragement to you as well. Whatever you’re going through right now, know that God is your way maker and will create life among the ruins.”

“Way Maker” is the newest worship song that has been added to Christian Copyright Licensing International in the top 100 songs. A Nigerian gospel singer named Sinach originally wrote the song. It was released in 2015. Since then it has been covered by well-known Christian artists in the world, including Bethel Music, Leeland, Michael W. Smith, Christafari, and various Christian artists across the globe.

The powerful song has touched the lives of millions. As of today, it has been translated into 50 languages. Also, several unique renditions of the song have gone viral on social media. And YoungMin You’s cover is among them.

A subscriber of his channel commented, “I’m hoping there will be a Christian movie titled Waymaker and this is one of the soundtracks!”

Another wrote, “I believe this video is a prophetic piece for today… This song, in this setting, the brokenness and disrespect, yet the new thing springing up in the place of the old, the manmade being replaced with what God has made.”

Indeed, this was a beautiful rendition of “Way Maker.” A perfect music for a Christian movie in the future!